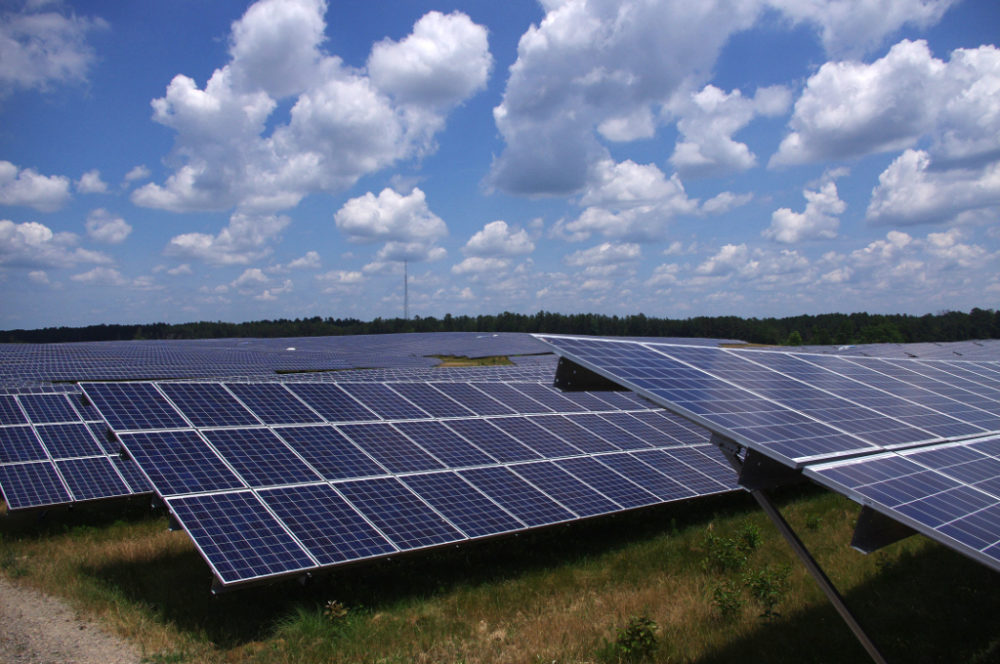 From Google to breweries to the state’s flagship university, big electricity users with big renewable energy goals in North Carolina face a key dilemma: Duke Energy, the only power supplier in most of the state, still sells predominantly fossil fuels and nuclear energy.

Now, these institutions say House Bill 589, the wide-ranging solar bill by Reps. John Szoka (R-Cumberland) and Dean Arp (R-Union), will begin to help some of them overcome this fundamental challenge – but not all.

A provision allowing leasing of rooftop panels will spur many corporate customers to go solar, they say. But the bill’s “green source rider” program – which facilitates the purchase of clean energy from a third party – could leave large, intensive electricity users like Google and the University of North Carolina still searching for answers.

In a carefully-worded letter delivered to state lawmakers Tuesday, Google, Sierra Nevada, New Belgium and six other companies express support for House Bill 589 – which has cleared the House overwhelmingly and is widely expected to become law.

But the letter alternates between praise for the solar-leasing provision and criticism for the green source rider program, which the companies say they hope can be improved sometime in the future.

“Much work still remains to ensure successful participation by North Carolina electric customers as these programs are implemented, and we stand ready to help,” the letter says.

‘A few steps back from the previous program’

Third-party electricity sales are prohibited in North Carolina, which means retail customers can only buy electricity from a publicly-regulated utility like Duke.

Customers can buy and install their own solar panels on site. But for an intensive energy user like Google, which is striving for 100 percent renewable energy, rooftop solar panels alone on its one massive data center won’t produce nearly enough electricity.

That’s partly why the internet giant pushed Duke Energy to create its first green source rider. It allowed Google to help power an expansion to its center in western North Carolina with a third-party solar farm two counties away, with the utility acting as a middleman.

Through that pilot program, Duke has a long-term contract to buy all the output of a Rutherford County solar farm, enough to power nearly 7,000 homes. The utility sells the same amount of electricity to Google for its Caldwell County data center. Google pays for the solar power, plus an administrative fee, minus whatever Duke would have spent to produce the energy itself.

House Bill 589’s green source program has some upsides for them. It’s open throughout the state to universities and military bases as well as intensive corporate energy users. It’s available for existing electricity demands, not just new ones like Google’s data center addition.

“The expansion of it is a very good story,” said Randy Wheeless, spokesman for Duke Energy. “It’s statewide now in the Duke Energy areas, and can be new or existing load.”

However, companies say in their letter, “House Bill 589 takes a few steps back from the previous pilot program, which only proved viable for three North Carolina businesses,” referring to Google, Cisco and Apple.

One key limitation: the amount of renewable energy a company or university can buy is capped based on the number and size of power plants needed to supply the customer when its electricity demand is highest.

House Bill 589 restricts that capacity to 125 percent. The figure sounds high, but because solar and wind only produce electricity at certain times of the day, the cap effectively limits customers to less than 50 percent renewable energy.

“That’s an issue,” said Brad Ives, vice chancellor for campus enterprises and chief sustainability officer for UNC at Chapel Hill, which strives for zero climate pollution. “Ideally, we’d like some sort of green source rider program where we could purchase all [renewably-sourced] electricity.”

Companies have similar reservations. “We are concerned that preventing customers from achieving 100 percent renewable targets… could negatively impact the viability of the [Green Source Rider] program,” their letter says.

‘That does change the economics’

Companies and public universities like UNC also want to meet their sustainability goals without squeezing their customers or their students.

“We are looking to provide an education that’s very affordable for the citizens of North Carolina,” said Ives, who noted that 82 percent of UNC students come from within the state.  “We also have these big environmental goals. But we’ve got to marry them up.”

House Bill 589, though, makes the green source rider more expensive by lowering the avoided cost rate, the credit a customer enrolled in the program receives on its bill from Duke.

But as Duke has long sought, the legislation restricts how much avoided capacity can be factored into the avoided cost rate, removing some discretion from the commission.

“We are concerned…about the prescriptive language on the methodology for calculating avoided cost, as this issue seems primarily regulatory in nature,” the companies’ letter notes.

Duke’s proposals before the commission suggest these limits on avoided capacity credits, combined with decreases to avoided energy credits and other factors, could cause the rate to dip from as much as 5.5 cents per kilowatt hour to as little as 3.5 cents.

Experts don’t know exactly how much the legislation will ultimately lower the avoided cost rate, but they say a change is inevitable.

Like other experts, Proudlove wouldn’t predict whether House Bill 589’s restrictions would eliminate enrollment in the green source rider altogether. But, she said, “it’s a fair question.”

“We believe the Green Source Rider provision in House Bill 589 requires improvement to ensure customers will participate in the program,” the companies’ letter says.

UNC, having pushed for a green source rider for years, isn’t sure it can use the proposed version, either. “Right now, we have no plans,” said Ives.

‘A lot more than you can do today’

Compared to panels atop an Apple or Google data center, rooftop panels spread across several big box stores – or on a single 127,000-square foot brewery like New Belgium’s – can make a greater dent in onsite electricity use.

“Enabling leasing and power purchase agreements for solar equipment is a common sense, market-based fix to allow companies to procure renewable energy,” say the companies in their letter, “without major up-front capital expenditures or taking on the operational risks of owning a power generation system.”

Companies can take the capital they save and invest it in hiring more employees or remodeling their stores, said Andy Ellen of the North Carolina Retail Merchants Association, the trade association for big chains like Walmart as well as smaller stores.

Existing law on leasing is murky. Third-party electricity sales are prohibited, but experts say third-party leases with fixed monthly payments may not be. Meanwhile, a state appeals court is weighing the legality of a financing agreement where the customer pays a variable amount each month based on a solar panel’s electricity output.

House Bill 589 ends the ambiguity: no to financing based on electricity output, yes to leases for rooftops. While short of the goal of outright third-party sales, long an objective for Walmart, New Belgium, and others, Ellen says certainty is critical for his members.

“There’s a reason big companies haven’t done this before,” he said.

Like the green source rider, the leasing program has a cap. The limit of 1 percent of Duke Energy’s average “retail peak demand” over the past five years works out to about 250 megawatts, according to Duke’s Wheeless.

But since each individual rooftop system will be limited to 1 megawatt – about the size of the Charlotte IKEA’s rooftop array – that means hundreds of retailers or breweries or others could take advantage of the program.

“It was important to get it started,” said Ellen. “And it’s a heck of a lot more than you can do today.”