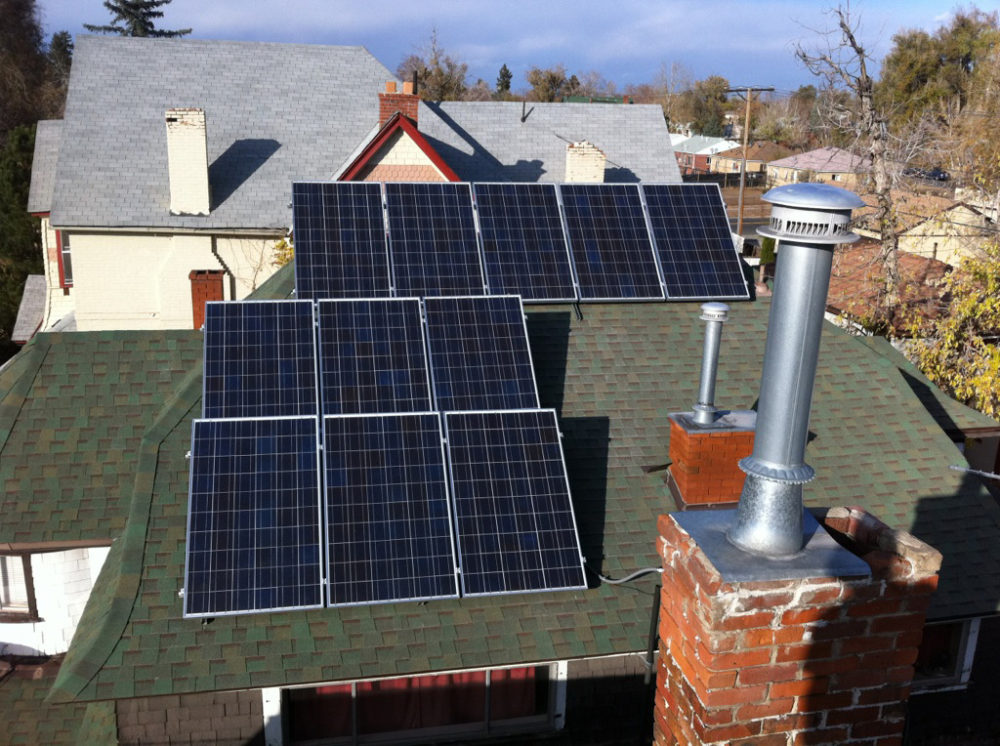 The Kansas Corporation Commission is considering allowing electric utilities in the state to impose a demand fee on customers with distributed generation — a fee that one solar advocate termed “very punitive.”

The commission will hear from proponents and opponents beginning today in a proceeding involving Westar Energy.

Westar initially requested permission to levy a surcharge on solar customers as part of a rate case a couple years ago. The commissioners declined to rule on that request, and said in early 2016 that they wanted to consider more broadly the design of rates for distributed-generation customers in a separate proceeding. That is now underway.

Westar contends — as have utilities across the country — that as solar customers reduce the power they purchase, they no longer pay their share of a utility’s fixed costs.

In filings with the Kansas Corporation Commission (KCC), Westar claimed that only 26 percent of its expenses vary with the level of demand on its system, while 91 percent of bill revenues vary with the amount of power customers use. The result, according to Westar, is that payments from solar customers fall much more than the costs they impose on the system, leading to a cross-subsidization.

Solar proponents question the actual impact to date, however, given that Westar’s roughly 615 customers with distributed generation account for about one-tenth of 1 percent of all of its customers.

Rick Gilliam, a program director for Vote Solar, has been working with a clean-energy group in Kansas on the distributed generation docket. He called it “premature” for the commission to even consider an additional fee on solar customers given the tiny numbers of them. He maintains that other states where he’s worked generally have not started looking at a surcharge until solar generators amounted to at least 2 or 3 percent of all customers.

Also, according to Gilliam, the demand charge that Westar wants to impose on solar generators would mean that “one 15-minute period during the month will drive 70 percent of a (solar) customer’s total monthly bill. Even if there was a problem with the impact of distributed-generation customers, the rate design proposed by Westar doesn’t solve the problem, it just kills the industry.”

Lawrence, Kansas-based solar installer Cromwell Environmental “ran the numbers on some customers,” said the company’s research and project analyst Scott White. “It’ll mean their bills will be higher than they were before they had solar.”

Although the current discussion stems from a request made by Westar, the state’s largest utility, a commission ruling would allow any of the state’s regulated utilities to impose a demand charge on customers with solar panels, with one exception. Westar customers who installed a solar array before Oct. 28, 2015 would be exempt from a new demand charge because regulators reportedly have already established a separate category for them.

Costs, benefits to the grid

Ahmad Faruqui, an energy economist and principal with The Brattle Group, submitted testimony on behalf of Westar. He said a demand fee is reasonable because “while a customer reduces his/her total energy needs by installing rooftop PV system, the customer still requires nearly the same amount of power grid infrastructure.”

And even if a distributed generation customer’s net annual energy consumption were zero, he wrote, “he/she still has significant demand during those system peak hours that drive the need for investments in infrastructure that are necessary to maintain a sufficient level of reliability.”

Solar advocates in Kansas contend that no one knows the extent to which solar systems burden or support the grid in Kansas. In the absence of such data, they maintain there’s no justification for changing the rate.

Dorothy Barnett, executive director of the Climate & Energy Project in Kansas, said an analysis of the costs and benefits of solar to the grid “was the main thing we asked for.” Commission staff told her it’s too costly and too time-consuming. She claims it would require about $100,000 and six months.

At least a dozen value-of-solar studies have been completed in states across the country. For the most part, those funded by utilities have found solar customers to be costly to the grid, while those funded by other parties have in most cases concluded that solar systems aid the grid. Elsewhere, regulators in Michigan, for example, are studying distributed generation’s costs and benefits to the grid as required under new energy laws that took effect in April.

In Kansas, Gilliam said, “There’s not enough information to evaluate whether statements made in the settlement agreement are valid. That’s what this hearing is about.”

“We’ll be arguing that a study needs to come out of this,” said Cromwell Environmental’s Scott White.

After negotiations among interested parties failed to attain broad unanimous agreement, the entities that did agree — utilities and the commission staff — signed a settlement agreement.

Gilliam, who did not sign the agreement, said: “We don’t think any of the parties that signed the agreement made the case with data that we need to have a separate rate class, that the current two-part rate system is a problem, or that with less than 700 customers across state, there is any significant cross-subsidization happening.”