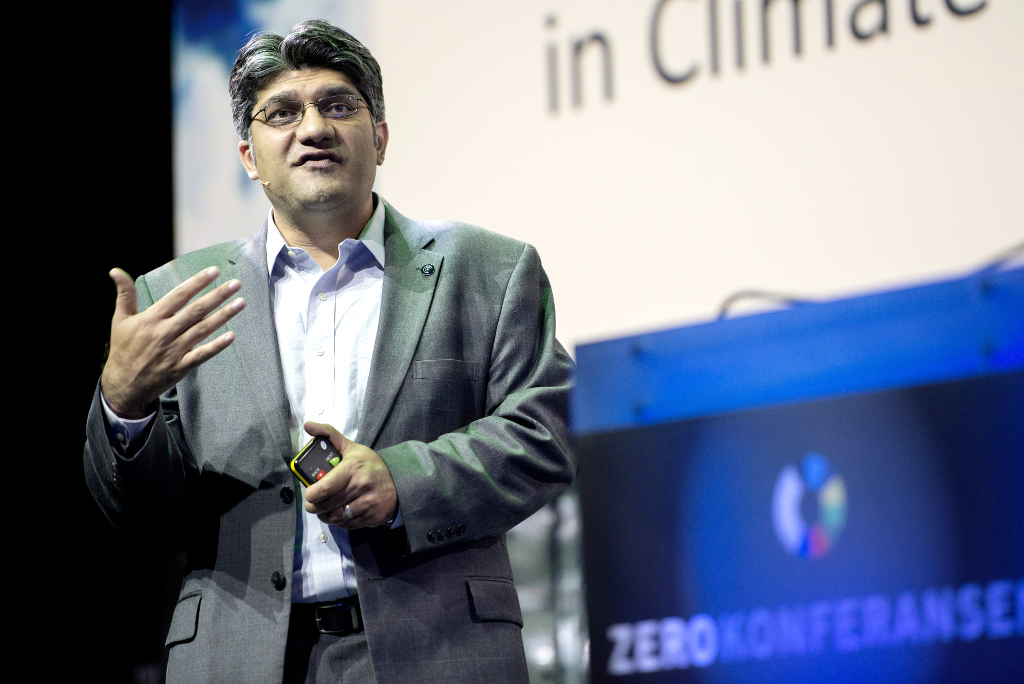 Jigar Shah, the founder of solar company SunEdison, is credited with helping transform the industry in the early 2000s by allowing customers a pay-as-you-go model for installing solar panels, opening the door for widespread adoption.

After leaving SunEdison, Shah in 2014 co-founded his latest venture in San Francisco-based Generate Capital, a specialty finance company focused on sustainable infrastructure within the food, energy, water and materials sectors.

Amid the “Resource Revolution” — which the company sees as an opportunity to transform the productivity of systems that power society — Generate Capital took Shah’s SunEdison concept and applied it to an “Infrastructure-as-a-Service” model for both companies and municipalities that might struggle with upfront capital costs.

Earlier this year, Generate Capital bought a state-of-the-art biodigester facility in rural West Michigan for $4.4 million after the facility abruptly closed two years ago, despite initial fanfare. Financial specialists say the facility, which opened in Fremont, Michigan in 2012, was overbuilt at $22 million.

But the Fremont Community Digester was the first commercial-scale project in Michigan to take organic waste from communities and use it for renewable energy. Now, Generate Capital looks to give it a second life.

Shah spoke recently with Midwest Energy News about the potential for using food waste as a feedstock for anaerobic digesters, as well as other clean energy trends he sees in the region and nationally.

Midwest Energy News: How did your company become interested in a waste-to-energy facility in rural West Michigan?

Shah: The U.S. has 30 percent of all of its food wasted per year. That food is largely buried in landfills, which is why you have landfill gas. The question is, instead of doing gas production in an inefficient way like a landfill, why not do it efficiently in a process like an anaerobic digester?

This project just happened to be one that was for sale when we were looking to buy these types of projects. It uses very sophisticated technology. It had a couple of hiccups in its first try, but fundamentally it’s a great project.

We’ve seen some forms of anaerobic digesters struggle to take off due to economics. Are you seeing a trend of such under-utilized technologies potentially getting a second chance?

We certainly think the vast majority of anaerobic digesters built in the past were built for the purposes of disposing manure from dairy cows. By definition, once it’s at the manure phase, a lot of energy has been taken out of food.

Should this make the economics more appealing from a developers’ standpoint?

When you take manure (to use as feedstock), you basically have to take it for free. The farmer can’t really afford to pay you to take it. With food waste, they’re going to pay a substantial tipping fee to the landfill to dump it. When you collect food waste (as a feedstock), you get that tipping fee — it radically changes the economics of the project.

Does this technology look promising particularly here in the Midwest?

I don’t think it has anything to do with the Midwest versus other parts of the country, though I think it does have a lot of opportunities. Initially it’s about food manufacturing. You find a lot of food processing in manufacturing plants, which by definition have bad batches or some mistakes get made. The food waste still has a lot of calories in it — it’s just not edible. The easiest way to get in the food-to-anaerobic-digester business is work with (food processors).

What sort of responses are you hearing from food manufacturers as you approach them about using their waste for energy?

Food waste providers in Michigan clearly have heard from the previous plants’ owner, but I think, in general, what they’re looking for is something that’s cost-effective for their business. We’re not saying to them, ‘You should do this for green reasons,’ although those are benefits. We’re saying, ‘There’s a predictable amount of food waste per year, you need to dispose of it, now it is going to landfills.’

What other technologies or projects are you pursuing in the Midwest?

One thing we’re most excited about is that summers in the Midwest can still be very hot, with a fairly high air-conditioning load. We’re finding a tremendous number of technologies using half the amount of electricity for air-conditioning than conventional systems. We’re pretty excited about the whole space of heating, ventilation and cooling efficiency.

Where do you see renewable energy growth potential in the Midwest?

I certainly think the deal cut in Illinois recently by the governor and the legislature is going to unlock a multi-billion-dollar market for wind and solar in Illinois. Iowa has led with wind, as has Minnesota, which is also increasing solar quite substantially. Wisconsin used to be a leader, but my sense is that when a more economic development-sensible governor comes into power in Wisconsin, we will see more of a shift to solar and wind there.

More broadly, the debate has recently been revived among clean energy researchers about whether we should be pursuing 100 percent renewable energy or whether the mix should come from a variety of low-carbon sources, which would include nuclear. Where do you come down on this issue?

From my point of view, we’re not going to hit 80 percent renewable energy until at least 2030, so we don’t need to solve this debate today. Over the next 30 years, it will mean a lot of blue-collar jobs and deploying technologies that have come down in cost. A lot of academics are focused on 2050, and are arguing about 2030 to 2050, but from my perspective, I’m focused on financing projects today, not what I’m doing in 2030.

How optimistic are you about renewable energy growth during the Trump years?