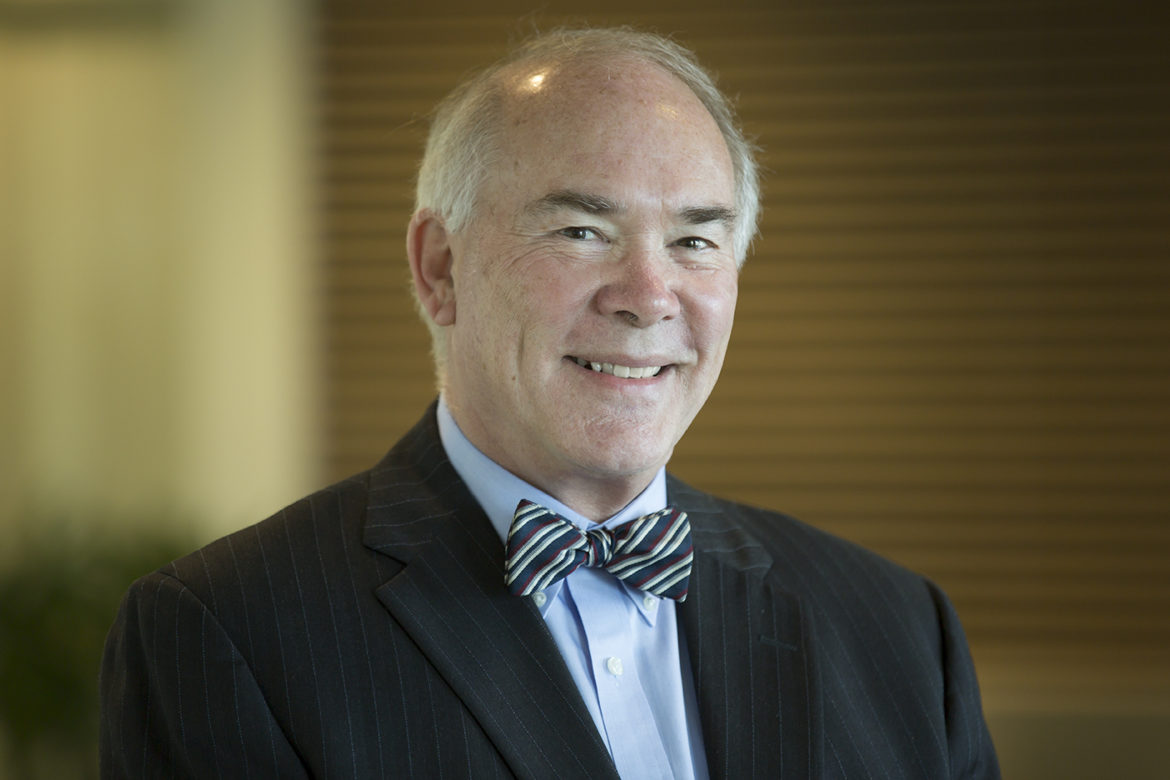 Will Kaul retired this month as Great River Energy’s vice president and chief transmission officer after a nearly four-decade career with the company.

The 1970s were a time of change for the electric power industry in Minnesota as new coal plants came online and new transmission lines met with extraordinary resistance that involved toppling and disassembling towers.

Will Kaul remembers those days well. In the 1970s, he interned at the state legislature and took a job at the Minnesota Environmental Quality Board, a then-new state agency. He was assigned to work on siting power plants and transmission lines.

In 1978, Kaul joined Cooperative Power — the precursor of Great River Energy — and began a distinguished 38-year career in the industry that included initiating and helping oversee the largest transmission project in Minnesota’s history.

Kaul, 68, has participated in a fundamental reformation of the power industry as it is shifting to absorb more renewable energy and embrace deregulation, digitization, consumer control and grid electrification.

Prior to the merger, he served for 21 years at Cooperative Power in a variety of roles before ending up as director of environmental and regulatory affairs.

When Kaul joined Cooperative, United Power Association had seen huge outcry over a 436-mile transmission line from a new North Dakota power plant, Coal Creek Station, to a Minneapolis-St. Paul suburb. He recalled 13 towers were disassembled by some willing to risk their lives to take them down.

The state police and the National Guard were called to quell dissent. It was a tense, dark epoch of time following the end of the Vietnam War, the resignation of a president, a national energy crisis and a brutal Middle East war between Syria and Egypt. Americans even in the 1970s questioned the country’s reliance on coal, pondered the safety of nuclear energy and wanted more energy efficiency and renewable energy.

“Does any of this sound familiar?” said Kaul. “Fast forward to today and jeez whiz, it seems like we’re having that same conversation.”

An environmentalist at heart, Kaul joined what became Great River Energy originally because he wanted to be “accountable” for doing something to develop cleaner air and energy.

In addition to his role at Great River, Kaul serves on the boards of the Great Plains Institute, the nonprofit trade association WIRES (which he helped found), and the Utility Variable Generation Integration Group. He was also a founding member of activist Will Steger’s Climate Generation.

A voracious reader, Kaul also serves on the board of Graywolf Press. The University of Minnesota economics graduate recently spoke to Midwest Energy News about his career.

Midwest Energy News: If there was a significant turning point you saw that fundamentally transformed the power sector, what would it be?

Kaul: The deregulation of energy markets in 1992. Congress had deregulated the airlines, banking and telecommunications. Energy was the monopoly. Congress first did natural gas and then they did electricity. The idea was that competition is a good thing. But the challenge was how do you start a market from scratch in a $325 billion market?

How does that happen?

Slowly, especially when it’s a product that is produced and consumed simultaneously with no ability to store it. The deregulation really began with federal government changes in 1996.

How did it change Great River Energy?

Generation used to be for the sole purpose of serving our load. We had to build transmission to meet our peaks. Now (grid operator) MISO establishes a clearing price that everyone pays. The payment for power a utility generates is set by the market based on the lowest variable cost. Coal Creek Station has gone from our sole source of generation to our hedge in the market.

How would you say the prices are in today’s market?

Because it’s a whole new game now the prices are low. They’re going to continue to be low because wind dispatches at zero variable cost that’s pushing down in the dispatch order higher cost generation. It’s really putting a cap on the market price, and it’s really a low price.

What does that mean for Great River Energy?

A company like us thinks we can be more market exposed — we don’t have to generate all our load. We have a market out there.

What are the opportunities for clean energy?

We have a primordial soup of opportunity at this point. We have a bunch of things that can be leveraged for good. I see four trends.

Let’s go through them one at a time.

The first ingredient of the soup is the exponential decrease in (the cost of) renewable energy. The cost curves are just coming down dramatically. Wind under 2 cents, solar in some parts of the country is 3 cents — that’s really a nice price. Our CEO refers to wind as the new baseload. We don’t feel threatened by it, it’s a good thing. Then you have storage and the same kind of adoption curve.

You have electric vehicles that are in their second generation. Now we have cars that a regular family could afford and that go 238 miles on a charge. That’s impressive. The next generation will be even better.

There is a convergence of digital technology. Everyone who has a smart phone knows what that means. We have all kinds of digital platforms to operate our systems, everything from energy management systems and control center software that we have that monitors our system. Next are networks, which are value generators. They make digital convergence possible.

Is competition one of the variables?

Yes. When you hear people talk about open access transmission what it means is the transmission grid is access to the market. If you want to be an independent power producer and not a utility you can go build a power plant — after getting permission and financing — and interconnect with the grid anywhere.

In Silicon Valley, the talk often focuses on disruptive technologies. Are we seeing that in energy?

I think you can see products and services from Tesla, Amazon, Direct Energy, Nest and others offering opportunities to retail customers — to put solar on the roof, to manage energy use better, to have a grid-interactive water heater in their basement that is a battery for the grid.

Where does a utility like Great River Energy fit into all of this?

Utilities are still stuck in this commodity mindset. Electricity is a commodity and we need to think of it more as a premium product. We have to reframe it and show the value of this premium product and start marketing electrification — No. 1 being EVs. Even with the current mix of generation you’d have 60 percent lower carbon emissions than gasoline fueled cars. That’s target No. 1.

What are the other targets?

Space heating and cooling. An air source heat pump is 300 percent (more) efficient than a furnace. It takes energy out of air. It’s a wonderful product from the point of view of carbon and the comfort in your home. But there are barriers for adoption, including the need for a backup furnace … and cost — units are $2,000 to $3,000 more than furnaces.

Tell us about CapX2020, the big $2 billion transmission project you created with 11 utilities.

I formed CapX2020 in 2004 with a few phone calls. We had to do something with systems operating at the margins. This grid expansion was really driven our obligation to serve, to keep the lights on, to shore up the system. The corollary benefits included more renewable energy that could be transmitted, especially wind energy. We got support from regulators, environmentalists, and utilities.

Was there public outcry as in the 1970s?

Nothing that made the papers. It is an 800-mile project and we went out two years before we applied for any permits to speak to anyone we could — newspaper editors, legislators, town hall members, county commissions. We didn’t want to meet landowners the first time at a hearing that’s contested. We had open houses, we mailed people.