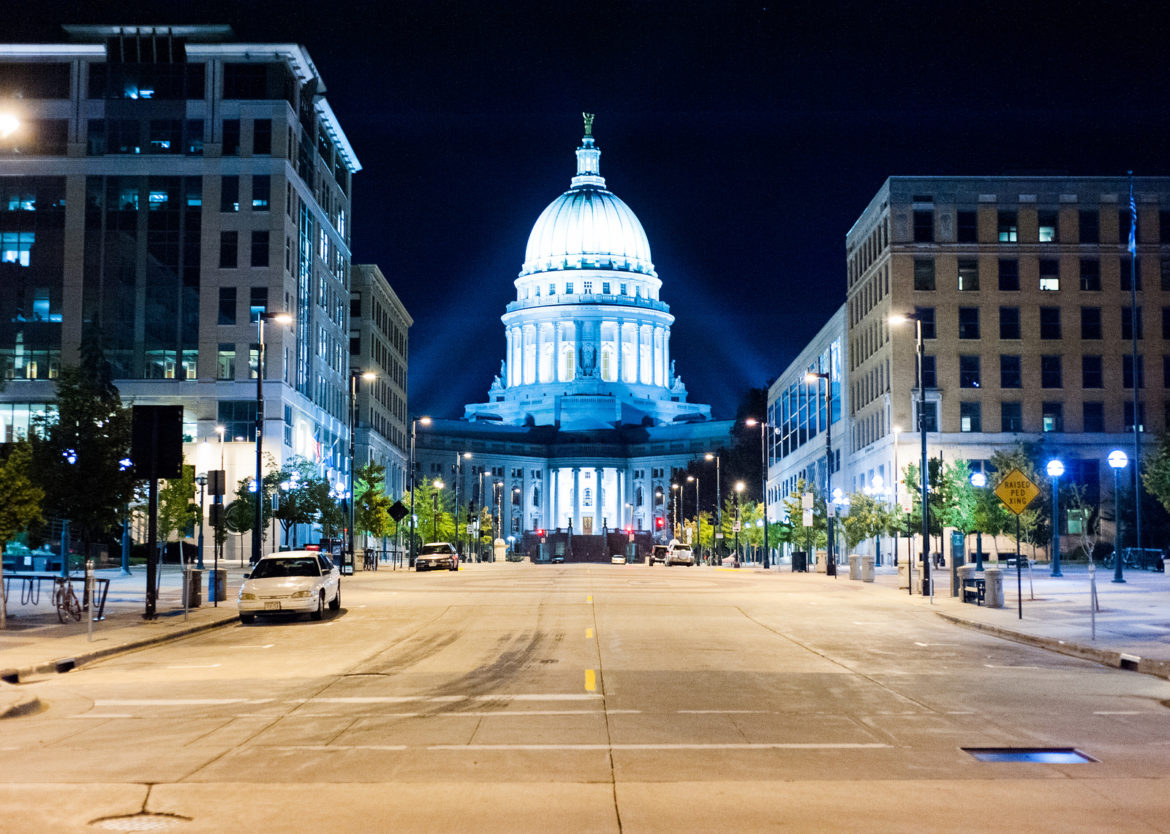 On March 21, Madison’s city council signed a resolution committing the city to power 100 percent of its operations with clean energy.

The resolution was especially notable since the utility serving Madison gets almost half of its power from coal, and several years ago was among Wisconsin utilities making national headlines for policies seen as hostile to distributed solar energy.

But now the utility, Madison Gas & Electric (MGE), city officials and clean energy leaders are negotiating a Memorandum of Understanding that lays out plans for the expansion of solar, the spread of electric vehicles and other clean energy improvements. And the utility has pledged its support for the city’s clean energy goal.

Advocates describe the MOU and the city’s recent choice of consultants to develop clean energy plans as important progress.

Michael Vickerman is the program and policy director of RENEW Wisconsin and a member of the city’s Sustainable Madison Committee. Speaking in his role as a committee member, he called the MOU historic.

“It will enable the utility and one of its customers to jointly plan clean energy projects,” he said. “This generally doesn’t happen with utilities. You may think of the city as this governmental powerhouse, but in the eyes of the utility it’s just another customer. In order to commit city resources and staff time to joint endeavors and also for the utility to commit its own personnel and resources, both the city and MGE believe the scope of work should be spelled out in some kind of agreement.”

But some controversy over the MOU also shows how challenging it can be to bring together multiple parties with different responsibilities and interests in pursuit of a target as ambitious as 100 percent clean energy.

In 2016 the city adopted an energy work plan that included a promise to sign an agreement with MGE regarding collaboration on topics including electric vehicles, solar and grid modernization.

In June a resolution was introduced to the council that would give the city attorney and Mayor Paul Soglin authority to execute the MOU. The group Repower Madison and several council members were concerned that this measure meant the council and the public would not actually have formal say over the contents of the MOU. And, they were unhappy that a May draft of the MOU did not mention the city’s 100 percent clean energy goal or anything about coal-fired power.

Council member David Ahrens said the proposed MOU was not given to council members to review when the resolution about it was first introduced, “creating a level of suspicion and unease about the process.” When the early draft of the proposed MOU “inadvertently” was made public, as Ahrens described it, he was disappointed that the 100 percent clean energy goal was not mentioned.

MGE spokesperson Dana Brueck said, “MGE supported the resolution for 100 percent clean energy at every stage as well as the Energy Work Plan. We believe we can accomplish more [toward the clean energy goal] by working collaboratively.”

Vickerman applauded these ideas and said he is especially hopeful about a solar program that MGE is developing with Madison, wherein the city or other entities could buy solar power directly from solar arrays that are not on their own sites.

“The city doesn’t need the MOU to build renewable generation on its own premises — that has been happening already,” Vickerman said. “But the memorandum of understanding will enable the city to talk to MGE about their [city] plans to enter into contracts with other generators or maybe with MGE to build larger clean energy projects.”

Vickerman also said the MOU would help the city’s ongoing efforts to electrify its buses and other vehicles, adding new charging stations.

“It’s going to be rather difficult for cities in general to have an influence over where these charging stations go, unless they negotiate and plan directly with the utility,” he said. “That’s an area spelled out for collaboration.”

Repower Madison organizer Mitch Brey said the group is pleased with the focus on electric vehicles and other priorities cited in the MOU, and with the recent inclusion of the clean energy goal in the text. But he is still concerned that the MOU does not mention shifting away from coal, or address electric rates and fixed charges on bills. Repower Madison was formed in 2014 in response to MGE’s proposals to greatly increase fixed charges and other measures seen as hostile to distributed solar.

“It appears that MGE isn’t interested in talking about coal with the city,” said Brey. “If the utility is going to have discussions with the city, it should be about reaching the 100 percent clean energy goal. It appears a lot of the language used in this document is ‘identify, pursue, investigate, explore, develop, pilot.’ Pursue is fine, but these are a lot of verbs that indicate a lot of talking. There is a real big worry that this will amount to little more than greenwashing, and make MGE look like they’re a good partner but lack on deliverables.”

Vickerman countered that the city can’t control MGE’s energy mix as a whole, and that the goal is to spark enough solar and other renewables that Madison’s own city operations can be powered entirely by clean energy. With its Energy 2030 Framework, MGE has committed to provide 30 percent of its energy from renewables by 2030.

“The city has no authority over MGE’s generation – that is in the purview of the Public Service Commission of Wisconsin,” Brueck said. “Our Energy 2030 framework sets clean energy goals and a number of objectives for the benefit of all of our customers. One of those goals includes transitioning away from coal, which we continue to do. Our ongoing transition is a priority independent of our collaboration with the city. Any further changes to our existing fleet would be sought in the interests of all of our customers and would be subject to approval by the Public Service Commission, which has sole authority over MGE’s generation.”

The resolution authorizing the mayor to sign the MOU was slated to be voted on in a city council committee on July 17, but that vote was delayed until August 21 — which Brey noted is the day of the solar eclipse.

The proposed MOU says that the city will support MGE in regulatory matters before the state Public Service Commission or other bodies, “that are, in the City’s judgment, consistent with the cooperative intent of this MOU.” Likewise, it says MGE will support matters before city council that are in the spirit of the MOU.

Ahrens expressed reservations about the promise to support MGE on issues before the Public Service Commission, since the MOU “doesn’t define what those issues might be.” He pointed to MGE’s previous requests to the commission for drastic fixed rate charge increases, saying “that was a blunder of huge proportions for them.”

In 2017 MGE increased its overall electric and gas rates, but kept a promise not to seek further increased fixed charges.

“Our collaborative efforts with the city have nothing to do with rate cases,” said Brueck. “The city has no authority over or oversight of MGE rate cases.”

The proposed MOU would create a steering committee with five members from the utility and five from the city or the Sustainable Madison Committee, including Vickerman and committee chair Raj Shukla, who is executive director of the River Alliance of Wisconsin.

Brey thinks that Madison and MGE should look for inspiration in Minnesota, where utility Xcel and the city of Minneapolis in 2014 signed an MOU. That MOU formed a board of representatives from the city, Xcel and Centerpoint Energy, who meet at least quarterly and come up with specific deliverables that will help Minneapolis fulfill its Climate Action Plan, including a commitment to reduce greenhouse gas emissions by 80 percent by 2050 (from 2006 levels).

“We need to work toward agreement like that or it’s not really worth having,” said Brey.

But Vickerman feels confident about the latest draft of the MOU, and the clean energy goal more broadly.

“We would consider this particular agreement to be absolutely essential for the city to achieve its goal,” Vickerman said.