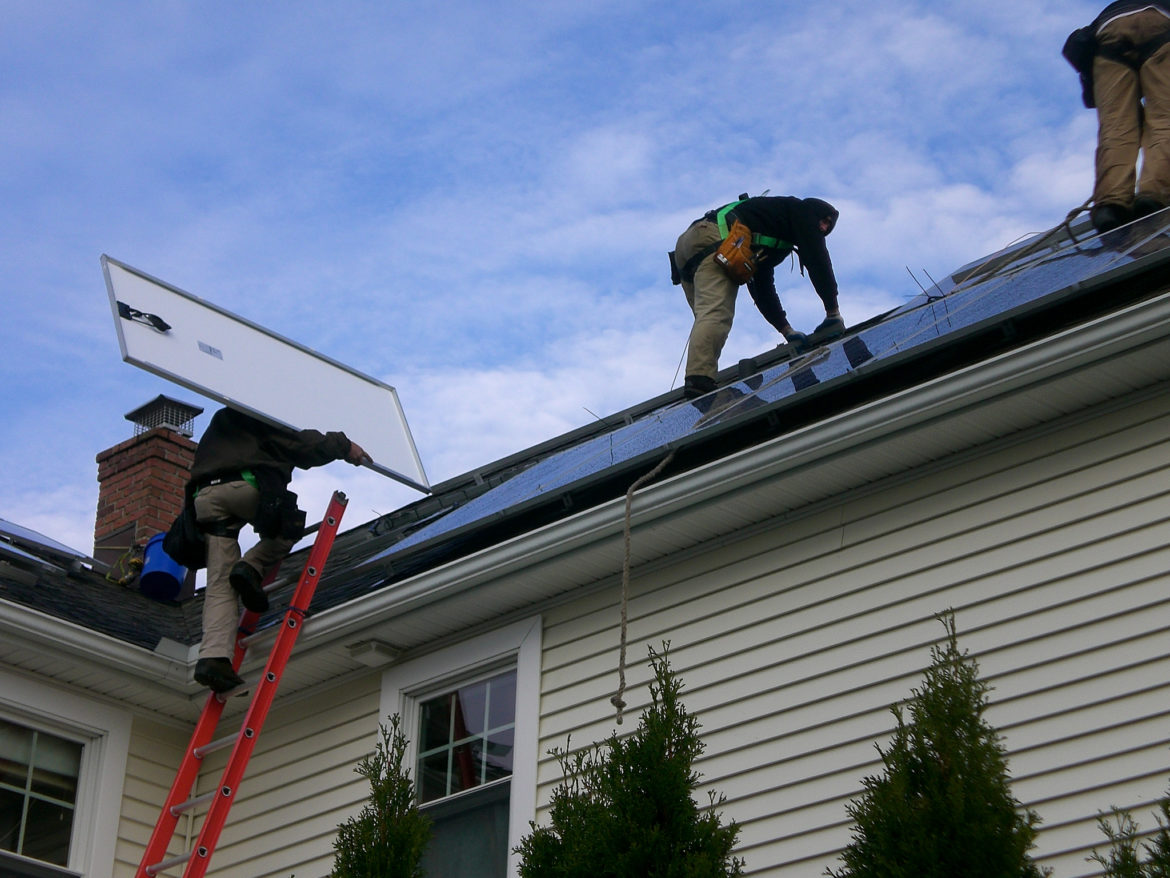 The writer Jonathan Swift wrote in 1710: “Falsehood flies, and the Truth comes limping after it.” Considering how far and fast misinformation can travel in this era of digital mass communication, Swift’s observation has grown even more prescient.

Earlier this month, a New York Times article declared that prospects for the U.S. rooftop solar market were dimming rapidly, a result of a utility-led campaign to roll back solar incentives at the state level. According to the article, the “explosive” growth experienced by the solar market in the last two years “has come to a shuddering stop,” going from an increase of 900 percent to a decline of 2 percent.

A few days later, a Chicago Sun-Times editorial cited these same statistics to paint its own grim portrait of a market seizing up due to the utilities’ pressure campaign.

With numbers like these, this characterization can’t help but conjure up images of installations interrupted in mid-construction, with stacks of panels and racking teetering in abandoned job sites ringed by forlorn chain-link fences. But there’s a serious problem with this picture, which is that it is utterly imaginary, without any grounding in the solar marketplace observable today.

In assessing the vitality of the solar energy marketplace, the reporter compared annual rates of growth from one year to the next. The problem with using that particular yardstick is that rates of growth will inevitably level off as the market matures and approaches saturation. Had the New York Times reporter simply compared numbers of systems installed or numbers of megawatts added from one year to the next, he would have arrived at a far truer picture of the situation.

According to reports prepared by GTM Research and Solar Energy Industries Association, 2016 was indeed a record-breaking year for solar energy, in which the capacity added nearly doubled 2015’s results.  And though capacity additions this year will fall short of last year’s totals, it will surpass 2015’s additions by about 75 percent.

Yes, there will be a modest slowdown in 2017 relative to the year before. But in what universe can that trend line be characterized as a “shuddering stop”?

It’s worth noting that the GTM Research expects solar generating capacity to triple in the next five years, a milestone that can be accomplished with only a 25 percent annual growth rate.

In addition to the mishandling of the statistical measures, there are serious flaws with the article’s narrative. One of them is the assumption that the rooftop solar market is just for residences. But that view ignores the increasing popularity of larger solar systems on commercial and institutional rooftops.

Recent installations in Wisconsin, my home state, include a clinic in Onalaska (314 kW), a high school in Minocqua (280 kW), a convent in Fond du Lac (246 kW), a cold storage warehouse in Plymouth (560 kW), and two Target stores in the Madison area (540 kW combined).

And what are the factors driving solar energy’s growing with this market segment? Four causes stand out: (1) a sustained decline in the installed cost of solar energy; (2) rapid expansion of financing options and structures; (3) the extension of the investment tax credit for solar energy at 30 percent through 2019; and (4) greater sophistication in sizing PV systems and regulating their output relative to the customer’s load.

The articles also convey the implication that utilities are prevailing in their war against rooftop solar. While they have won a few battles here and there, including Indiana, they have lost in most other jurisdictions, and, in some cases, badly.

Nowhere has this war been waged with greater intensity than in Nevada. After state regulators issued an order in 2015 that devalued customer solar generation and sent the solar industry there fleeing to other states, state lawmakers sought to correct this injustice. This June, the legislature passed and the governor signed a law that restores fair credit to solar-generated electricity exported to the grid.

Indeed, if there is one state where the “reversal of fortune” meme is particularly apt, it is Nevada, though history will affirm that it was the antisolar camp that suffered this fate, not the solar industry.

Shifting eastward, a bid by New Hampshire utilities to have net metering scuttled boomeranged into a net loss for them. While Granite State regulators did approve temporary rates that will reduce incrementally the export value of solar-generated electricity, they also lifted the cap on net metering that would have otherwise triggered a slowdown in the marketplace. In the short run at least, this compromise will create stable market conditions and lead to an acceleration of solar installation activity there.

As noted in a recent guest column in Utility Dive, in states like Nevada and New Hampshire, the truth did finally catch up to the false narrative spun by utility lobbyists and their enablers. The result will be an expansion, not a contraction, of on-site solar generation, driven by fair pricing and customer demand. These outcomes can happen in other states as well, including my own, but it would certainly help if reporters would recognize and incorporate these important policy victories when they chronicle the trials and tribulations of the solar energy marketplace.