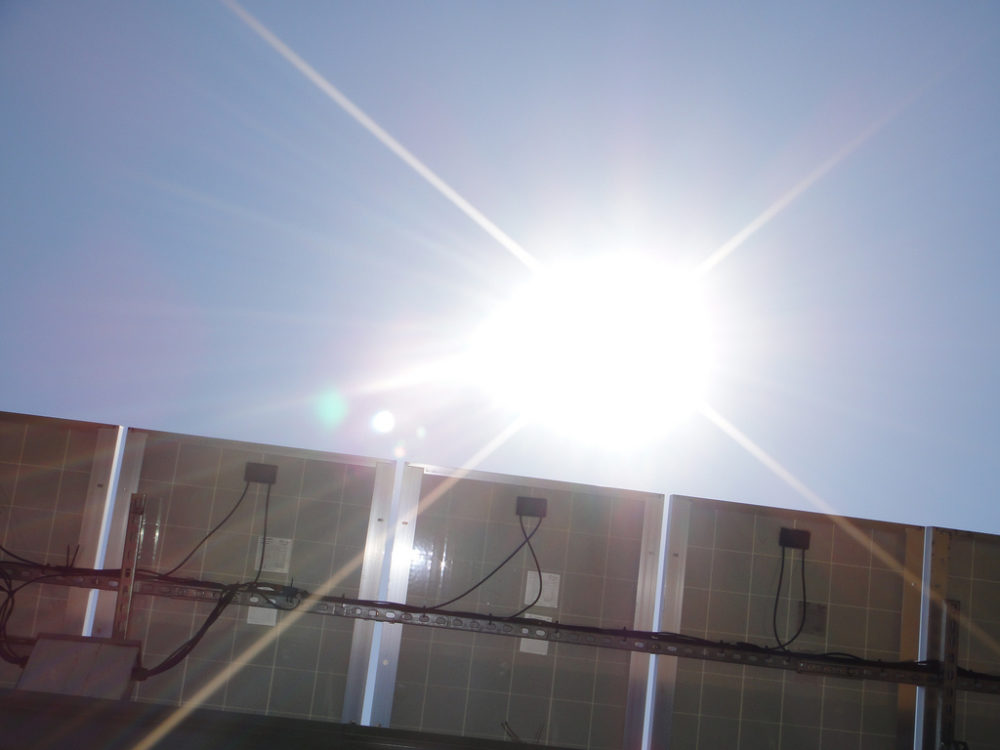 In an effort to better align solar-energy production with peak demand, the electric utility in Columbia, Missouri has begun to pay higher rebates for new west-facing arrays than it will for those facing south.

The city-owned utility adjusted its rebates as of Aug. 1 in order to encourage more solar production in late afternoon, when electricity use tends to peak, especially during the high-demand summer months.

“To date, most systems that have been installed have maximized benefits to the customer,” said Ryan Williams, Columbia’s assistant director of water and light. “The goal is to shift the market so it would increase benefits to the utility.”

Columbia Water & Light appears to be one of very few utilities to tackle the “duck curve,” the tendency of solar arrays to reach maximum production in the middle of the day, a few hours before demand peaks. Two years ago, the California Energy Commission ruled that new west-facing solar installations could qualify for as much as a $500 bonus.

In Texas, Austin Power “has talked about it as a possible future rate structure,” said the utility’s solar manager, Danielle Murray. “It’s forward thinking. If we did utility-owned solar, on customers’ roofs, we might focus on west-facing panels.”

The high cost of purchasing power to meet peak demand means that power produced locally at peak times “has much higher value” than power produced before the demand peak, Murray said. Late-afternoon solar energy “helps to reduce the overall system cost. You may not get the most kilowatt hours, but you get higher economic value out of it.”

Utilities often voice objections to paying solar customers to produce energy at times when it is not needed on the grid. Columbia’s tactic, although it likely will reduce new production overall, will shift it to a time when the grid needs to supply more power.

Aside from some utilities in solar-heavy California and Hawaii, “I haven’t heard of any locations incenting that type of thing,” said Josh Rhodes, a research fellow at the Webber Energy Group and the Energy Institute at the University of Texas in Austin. “I’ve heard of people who won’t pay if you put panels on a north- or east-facing roof.”

In markets with smart meters, he observed, more west-facing solar production could be accomplished through time-of-use pricing that pays a premium in the late afternoon or other times when more power is needed.

“In most locations where PV adoption has been low, maybe it doesn’t matter as much. As more and more PV gets on the grid, it matters more and more. At some point, it might matter a whole bunch and you might see these incentives come about. Some forward-thinking utilities might want to get their rebates in line.”

‘Minimal’ impact to the market

Before the change, Columbia systems of up to 10 kilowatts could earn a rebate of $500 per kilowatt, regardless of the panel’s azimuth, or the direction it’s facing.

Panels outside the range from 110 to 320 degrees and at a tilt of more than 10 degrees from horizontal will receive no rebate, although they would continue to qualify for net metering.

Larger installations also qualify for rebates under the new system, with a bonus for panels facing west and a discount for panels with an easterly orientation. The payment per kilowatt is less than for smaller systems.

The utility is not changing the rate it pays for excess power from solar arrays. It will continue to pay retail for that power, regardless of when it’s produced, according to Eric Hempel, Columbia’s energy educator.

“The important thing to note there is that it’s less than 10 percent of all systems currently on the network” that fall into the zone that would be affected by the new rebate system, Hempel said. “So the impact to the market we feel will be minimal.”

Installers are not all enthusiastic about the change.

Caleb Arthur, chief executive officer of Missouri Sun Solar and president of the Missouri Solar Energy Industry Association, said he thinks the revamped rebates are premature, given that rooftop solar accounts for only about one-third of a percent of the city’s total generation. Also, he said that west-facing solar panels would have to grow significantly before they would make any dent in peak power demand.

The new rebate structure is more nuanced and will, he said, “make confusion for installers and customers.” He’s also concerned that the new rebate system may discourage people from investing in solar.

“I don’t want to see a message to people that, ‘You don’t have enough roof to do solar.’”

Although he supports the increased rebate for west-facing panels, Authur said he’s concerned that reducing the rebate for other panels might discourage potential customers.

But Hempel says this is just the start of an experiment aimed at creating a cheaper source of capacity, which is likely to become more costly in the larger energy marketplace.

“We are using this as a first step to see how the market responds.”