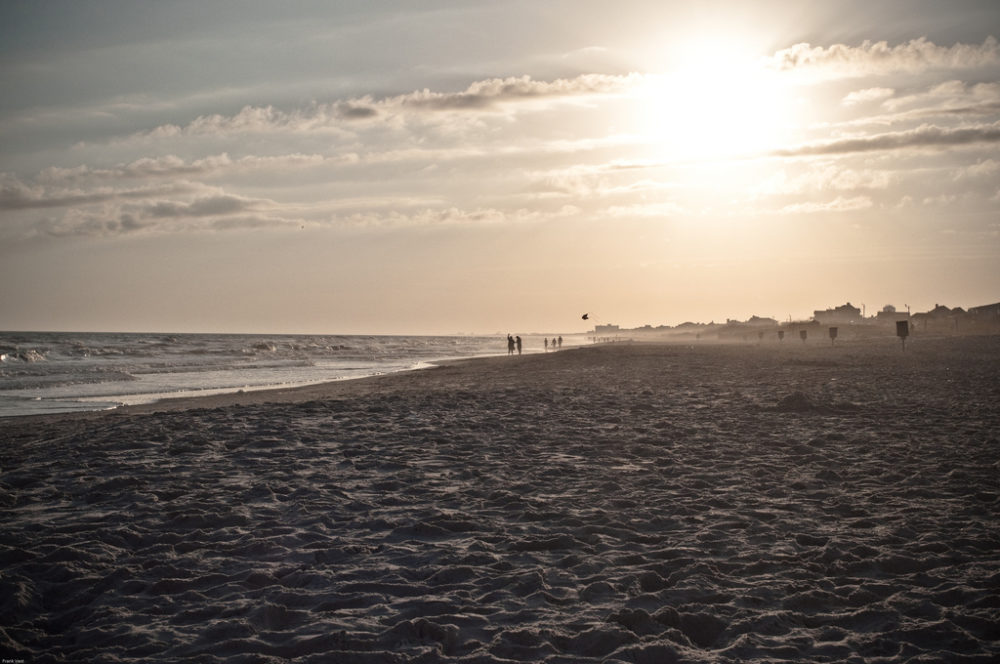 Announced with just six days’ notice, the meetings are unusual — neither of the past two administrations in North Carolina held similar sessions the last time the Atlantic Ocean was a candidate for oil and gas leasing.

And since Cooper, a Democrat, already declared last month he would fight Trump’s push for oil exploration and offshore drilling, the events could backfire if coastal residents show up in droves with an opposite view.

Drilling opponents say the risk of that is small, pointing to a strong constituency of businesses that view their success as dependent on a rig-free, spill-free coastline. But they’re scrambling to mobilize their troops for the last-minute hearings nonetheless.

“Tourism, commercial fishing, and recreational fishing are just so important to our economy,” said Tom Kies, president of the Carteret County Chamber of Commerce in Morehead City, where a second hearing will be held Wednesday. “We’re reasonably confident the hearings are going to be overwhelmingly against seismic [oil exploration] and offshore oil drilling.”

But he also added: “I’m keeping my fingers crossed.”

The federal government, not the state, controls leasing for oil and gas in the Atlantic Ocean three nautical miles from the North Carolina shore and beyond.

Last year, a groundswell of opposition from coastal businesses, local governments and packed public hearings along the coast helped convince the Obama administration to keep a swath of ocean from Virginia to Georgia free of oil and gas rigs until at least 2022.

But following a pro-drilling executive order issued in April, last month the Trump administration took the first step of what’s expected to be a two-year process to redo Obama’s leasing plan.

As part of a “request for information and comment,” federal officials are now seeking input on the prospect of drilling every possible patch of ocean around the country, from Alaska to California to the Florida Keys.

Having been targeted by the last administration, many of the state’s community leaders and businesses still view the Trump administration’s move as a direct assault.

“From the moment Trump released that executive order, there’s been an enormous amount of public opposition,” said Erin Carey, an organizer with the North Carolina Sierra Club in Wilmington.

That may be why Cooper, flanked by coastal mayors and business leaders, told a room full of supporters at Atlantic Beach last month he would lead the fight against drilling.

“Opening North Carolina’s coast to oil and gas exploration and drilling would bring unacceptable risks to our economy, our environment, and our coastal communities,” Cooper declared. “We will let Washington know loud and clear that North Carolina is opposed to it.”

The North Carolina Petroleum Council criticized the timing of this week’s meetings, relative to Cooper’s anti-drilling speech in July.

“We feel like if he was going to hold public hearings, he should have done those and received comments from state citizens before formulating his opinion and sharing that publicly,” said the council’s head, David McGowan, a regular fixture of the small pro-drilling contingent at past public meetings.

“We also think that folks across the state should have an opportunity to weigh in, rather than just folks down in the coastal region,” he added.

But changing the location or the timing of the hearings may not have made a difference. A recent poll found seven in 10 North Carolina voters statewide are “concerned” about drilling off the state’s coast, though only 21 percent “live or work in or near the coastal area of North Carolina.”

In addition to the public, the coastal economy appeared to be a decisive factor for Cooper. While in Atlantic Beach, he noted the $3 billion spent annually in coastal counties by visitors, and the roughly 200 businesses that have come out against drilling and exploration.

Kies, of the Carteret County Chamber of Commerce who also helps lead a coalition of coastal businesses and fishing families opposed to drilling, was in the room that day, cheering the announcement.

“This is an economic and business issue, as well as an environmental issue,” Kies said. “For all of us, this is how we make our living.”

‘Nice to know your government listens’

Bridget Munger, a spokesperson with the state’s Department of Environmental Quality, said it’s unclear what the public response will be ahead of this week’s meetings.

“We have no way of knowing what the comments will be,” she said. “The goal of [the] hearings is to give the public multiple opportunities to provide feedback and share their views on the proposed leasing plan.”

North Carolinians can send their comments directly to the Trump administration until August 17. After that, more federal comment periods and public hearings are likely in store. But organizers on the coast say people welcome the chance to speak to state officials, too.

“It’s nice to know that your government listens to you,” said Carey of the Sierra Club.

Like other activists, Carey was caught off guard by the hearings, and has been busy drumming up attendees. But she is optimistic about how the meetings will turn out.

“I have lived on the coast for a long time, and I think the general feeling here — and it’s a pretty strong feeling — is that offshore drilling is unnecessary, it puts our economy at risk, and it puts our coast at risk,” she said. “I think [Cooper] is going to find a lot of support on the coast, and he’ll be able to use that to reinforce his position with the federal government.”