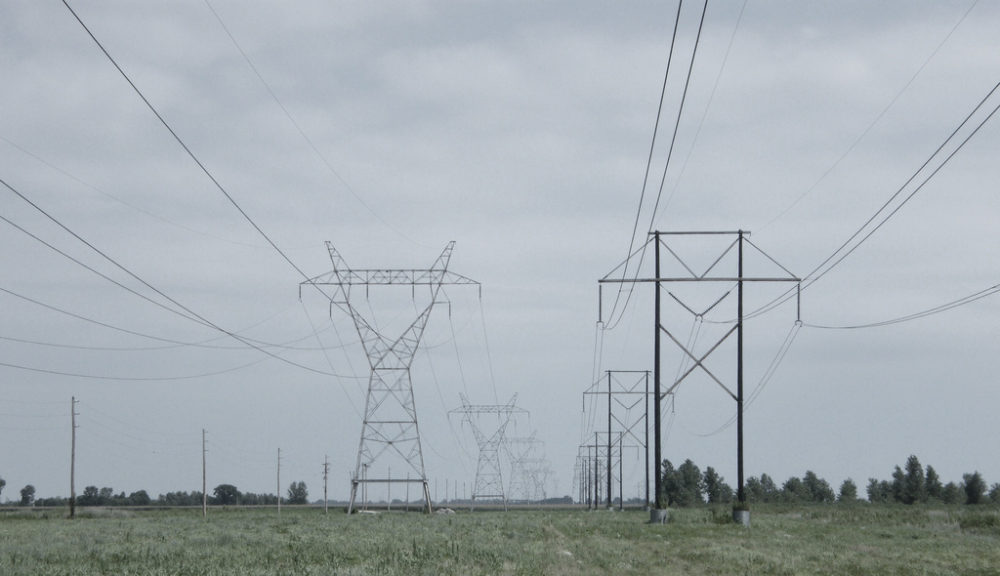 Illinois residents who live “downstate” — almost everywhere outside the Chicago metropolitan area — have long felt that their needs, views and very existence are overshadowed by the politics, economics and culture of the Windy City.

The utility Ameren Illinois, which serves downstate customers, is invoking that sentiment in defense of its request for lower energy efficiency targets under the sweeping energy law passed last year.

Ameren says it can’t realistically or cost-effectively meet the targets enshrined in the statute, and it is asking the Illinois Commerce Commission to lower its targets. Environmental and clean energy groups and the state Attorney General’s office say Ameren should be held to the targets in the law, and point out that ComEd, the utility serving Chicago and northern Illinois, is committed to substantially more ambitious targets.

The law, hashed out during months of negotiations in which energy efficiency targets were a contentious issue, sets separate energy savings mandates for ComEd and Ameren. There are various ways to quantify the difference between Ameren’s targets in the law and Ameren’s request. Critics say Ameren’s request will mean they save 27 percent less energy over four years than if they had complied with the targets in the law. Ameren did not provide their own number, but a spokesperson said the utility is proposing “aggressive” goals of 13 percent energy savings by 2025 and 16 percent by 2030.

Ameren officials and experts testifying on the company’s behalf say its largely rural customer base is more geographically dispersed, lower-income and less-educated than ComEd’s customers, making it more expensive to reach, convince and help them reduce their energy use. Ameren also serves more large industries exempt from participating in efficiency programs than ComEd does, and Ameren needs to spend more specifically to help its low-income customers, the utility argues.

“Chicago-based bureaucrats like CUB and the Clean Jobs Coalition don’t have knowledge of or interest in downstate Illinois,” said Ameren spokesperson Marcelyn Love. “In fact, they have likely never been to the southern region of the state. We know the needs of our customers best. We have designed programs to meet the needs of people living in central and southern Illinois, not Chicago.”

The environmental groups say the differences in the utilities’ customer bases were already figured into the law through the differing targets.

“They don’t understand Southern Illinois it seems,” Andrew Barbeau, a consultant for the Environmental Defense Fund, said of Ameren. “They accuse Southern Illinois customers of being less educated and other derogatory things. It is just unfortunate.”

Testimony filed by Vermont-based energy consultant Chris Neme on behalf of the environmental groups noted that, in some ways, Ameren should have an easier time saving energy than ComEd does, in part because labor costs in downstate Illinois are cheaper than in Chicago.

“Ameren ignores a number of differences between it and ComEd that should work in the other direction — i.e. that would make it easier (all other things equal) to acquire savings at a lower cost,” Neme testified.

Critics say Ameren is proposing to rely too heavily on behavior-changing education and outreach programs rather than measures with more bang for the buck. Under the law, energy efficiency measures billed to ratepayers generally need to pass a cost-effectiveness test, but measures that help low-income populations are not subject to that test.

Neme testified that “as a last resort,” Ameren should reduce spending on low-income programs to the minimum level required by law and “reallocate freed up funds to programs with greater savings yields per dollar.”

Love said the critics want Ameren to meet the law’s targets at the expense of low-income customers. She said that if the utility is forced to meet the current targets, it will have to cut programs for low- and moderate-income people including incentives for air conditioners.

“That’s a possibly life-saving measure,” she said. “And it would mean eliminating Ameren funds for making health and safety-related repairs that are needed before energy efficiency equipment can be installed.”

Barbeau and David Kolata, executive director of the Citizens Utility Board, both called the focus on low-income customers a “red herring.”

“They’re trying to split our community and it’s not working,” said Kolata. “It’s not an either-or. There should be an appropriate investment in low-income programs, but they can do that and still meet their targets.”

“They are spending exorbitant amounts of money on overhead and administrative costs,” Barbeau added. “Within low-income programs, they are investing in programs that are the least cost-effective first, which means low-income customers will benefit less, while Ameren benefits more.”

In testimony for Ameren, Ingrid Rohmund, senior vice president of the California-based Applied Energy Group, said that federal regulations regarding appliance efficiency have eroded the potential for new savings in that arena, and many customers have already turned to efficient lighting. Hence the low-hanging fruit has largely been plucked, she indicated, and the utility must rely more on expensive behavioral-modification programs.

But Neme testified that Ameren underestimated the potential savings it could achieve from appliance recycling and the “early retirement” of inefficient appliances. He also said that Ameren did not adequately account for innovations in the future that could increase energy savings cheaply.

NRDC energy efficiency expert Noah Garcia said Ameren’s request “adjusts the goal posts so if Ameren’s goals are lower it potentially makes it easier for them to receive a financial reward by going above those targets.”

Love countered that it is unlikely Ameren would exceed their requested targets or receive bonuses, and if they did the bonus would only be $10.1 million over the four years.

The law allows for adjusting targets if a utility demonstrates they cannot meet them without exceeding a ceiling on energy efficiency spending billed to customers, in Ameren’s case $112 million per year. But critics say Ameren should not be able to ask for changes so soon after the law was passed. Many of the public comments filed in the case also oppose Ameren’s request.

“The provision in the statute on adjusting goals was put in there due to the uncertainty of energy efficiency programs and technology in the far out years — 2026-2030 — when there is a very real question about what can be achieved,” said Barbeau. “It was never intended to be a backdoor way for Ameren to go back on their commitments they made to the governor and general assembly just eight months ago.”