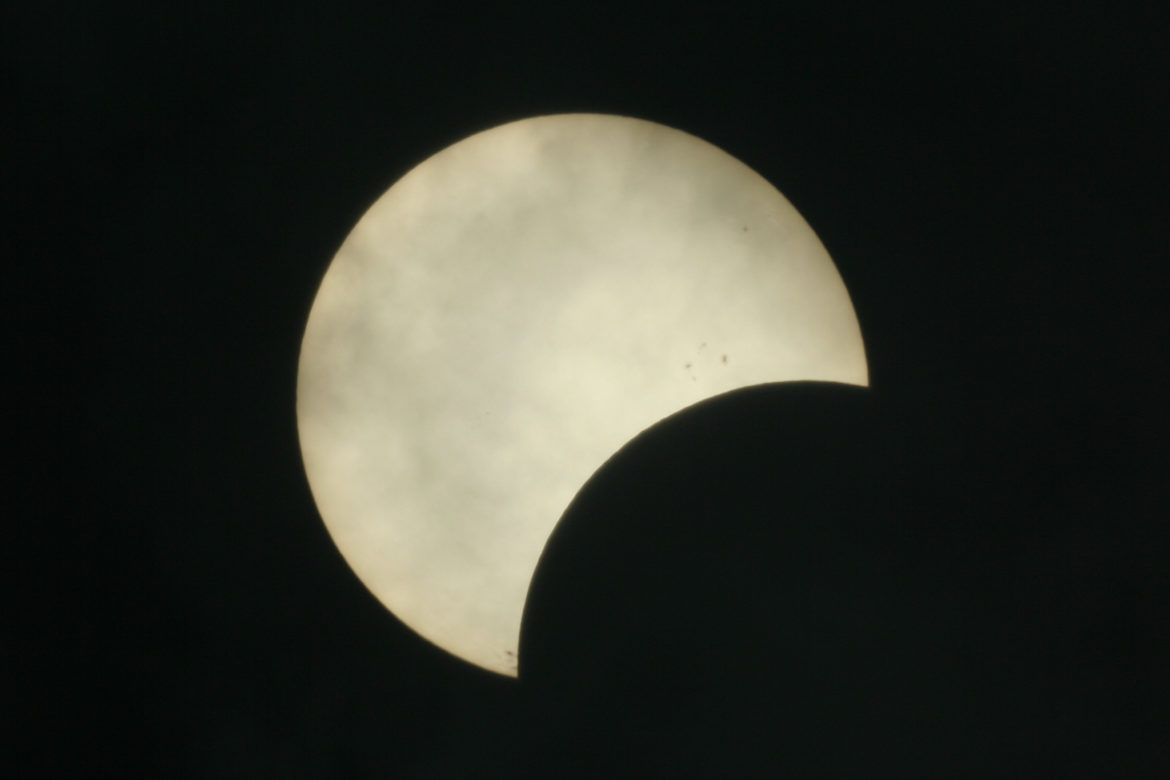 Today for the first time in nearly 100 years, a solar eclipse will cross the entire continental U.S. While many states will see a partial eclipse, the path of totality where the moon will completely cover the sun is expected to span a 70 mile swath from Oregon to South Carolina.

In addition to being a natural wonder, the eclipse is also a reminder of the incredible power of our sun—and the growing promise of solar power.

Katie Ottenweller is a senior attorney and leader of the Southern Environmental Law Center’s Solar Initiative.

States with significant solar capacity have been planning for the eclipse, and due to smart investments in modern grid technologies, national grid operators do not anticipate any reliability issues as a result. In fact, they are using the event to help inform and prepare for more renewable energy in the future.

Once the eclipse passes, clean, renewable sunlight will continue to shine down on our communities. Yet the reality is that much of the South will remain in the dark due to the barriers that block our access to solar power.

The benefits of solar power are myriad. Clean, renewable solar power is predictable—we know when the sun will shine, and solar panels are at their most productive on hot, sunny days when fossil electricity is most expensive. It is also affordable—the price of solar panels is a tenth of what it was a decade ago and costs continue to decline, making solar cost-competitive with traditional power plants.

It is reliable—distributed, fuel-free resources make our grid more secure, which is why military bases in Georgia, Alabama and North Carolina have all gone solar. And not least, solar investments create good local jobs—over 20,000 (and counting) in Virginia, Tennessee, Georgia, the Carolinas, and Alabama.

And yet, solar power amounts to a tiny fraction of the South’s overall electricity mix. According to the U.S. Energy Information Administration, solar makes up only 0.02% of Alabama’s electric mix; 0.09% of Virginia’s; and 0.15% of Tennessee’s. The state with the most solar in our region, North Carolina, gets just 3.25% of its electricity from the sun. Its largest utility, Duke Energy, commissioned a study showing that today’s grid could integrate many times more, with net benefits to the grid.

Even so, our region continues to be dominated by expensive, dirty fossil plants that burn coal and gas—harming our health and polluting our air and water, as we watch the clean energy economy pass us by.

All of which begs the question: if solar power can reduce peak energy costs, strengthen the grid, create jobs and make our communities healthier and cleaner, why aren’t we seeing a whole lot more of it?

Utilities: do what’s best for your customers

Here are the facts: investing in local solar farms instead of more costly power plants saves utility customers money. For example, Georgia Power will save Georgians several hundred million dollars because of its Advanced Solar Initiative, which buys power from rural solar farms across the state. The clear benefits from Georgia’s solar investments stand in sharp contrast to the over-budget, risky and delayed nuclear project that Georgia is currently re-assessing.

Unfortunately, our utilities often have perverse incentives to build bigger, more expensive and more risky power plants, because they collect a guaranteed profit on every dollar spent (including when they go over-budget or don’t finish a project). This may be good for shareholders, but not for captive customers who pick up the tab.

Solar power costs are remarkably predictable and going in only one direction: down. Utilities often buy solar power through fixed power contracts—meaning that the risks are borne by independent solar farm owners, not utility customers. Yet utilities in the South continue to treat solar as a “fringe” energy source rather than allowing fair competition with other energy resources. This stacks the deck for their favored resources and we end up with more of the same—ever-rising power bills.

At the same time, some utilities are making it ever harder for customers to protect themselves from bad utility decisions. Utilities like Dominion Energy rely on outdated monopoly laws to argue against their customers’ right to free market financing of solar installations. These private contracts between solar developers and homeowners allow those who can’t afford the upfront costs of solar to enter into solar leases and power purchase contracts so they can access solar savings. Rather than block these efforts to give customers more control over their energy consumption, utilities should instead work with solar advocates to clarify that the South is open for solar financing businesses.

Other Southern utilities penalize customers who adopt solar, loading up their bills with unjustified fees and taxes meant to discourage solar investments and protect utility profits. This abuse of monopoly power infringes on our right to be charged fairly based on utilities’ cost to provide us power. After considerable public outcry, regulators in Louisiana and Georgia have rejected proposed solar taxes. But similar fees have been enacted by Alabama Power and Santee Cooper, making solar a losing proposition for rooftop customers and stifling growth in the areas they serve in Alabama and South Carolina. In contrast, where utilities do not impose such penalties, solar is flourishing. For example, Duke Energy and SCE&G offer full retail net metering with no fees in South Carolina, which has resulted in a growing solar market in their service territories—creating 1000 jobs in 2016 alone.

As today’s magnificent solar eclipse recedes, we’re reminded how blessed we are in the sunny South. We can no longer afford to squander this incredible resource. It’s time for those who regulate our utilities to demand a new energy forecast — one where our utilities can no longer cloud our region’s clean energy future.

Katie Ottenweller is a senior attorney and leader of the Southern Environmental Law Center’s Solar Initiative.