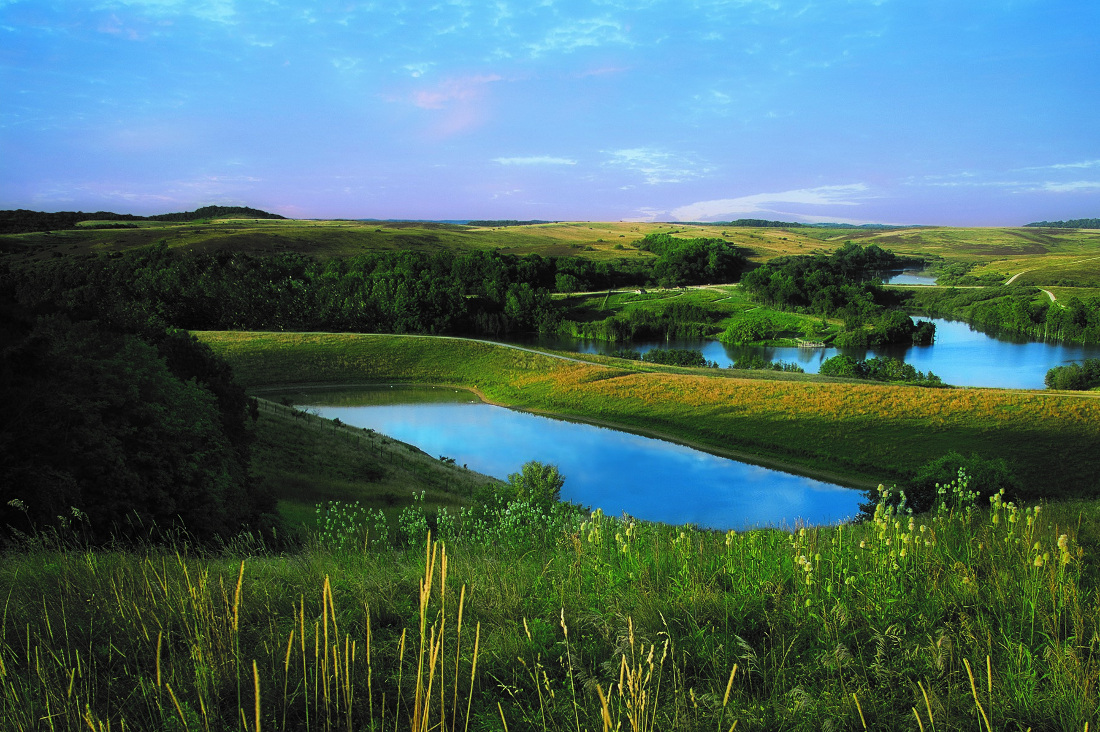 In a move praised by conservation groups, the Ohio Department of Natural Resources and American Electric Power are moving ahead with a plan for the state to buy a former surface mining site.

On August 9, ODNR announced the signing of a memorandum of understanding with American Electric Power, which would let the state agency buy up to 60,000 acres of AEP’s Recreation Land property in southeastern Ohio.

“We really do hope that the state tries to get all 60,000 acres,” said Nathan Johnson at the Ohio Environmental Council. The 93.75 square miles of land sprawl over parts of Morgan, Muskingum, Noble and Guernsey Counties. “It’s a very big chunk.” And most of the land is contiguous.

“If the state does not get the land, it’s our loss,” Johnson continued.

For almost 50 years, the land has been open to public access under a management agreement between AEP and ODNR. And state agencies have invested significant amounts in different projects on the property, he noted.

“The state of Ohio has had a hunting and fishing agreement with AEP since 1971 to manage the AEP ReCreation Land for public use,” explained Jon Keeling, press secretary for Gov. John Kasich. “AEP is now looking to divest this land.”

“We want to ensure the public has the same benefits they currently enjoy on this piece of property,” Keeling continued. “By securing it, the state can preserve outdoor recreational opportunities for the public use.”

The ReCreation Land also stands out because of its past use for surface coal mining.

AEP’s Ohio Coal Company subsidiary began mining about 110 million tons of coal from the property in 1947. The process removed trees and other surface vegetation, as well as hundreds of thousands of tons of soil, dirt and rock to get to coal 180 feet below the surface.

Although Congress had not yet enacted the Surface Mining and Reclamation Act of 1977, Ohio’s first Strip Coal Mining Act took effect in 1947. While the standards were more lax than today, AEP took steps to remediate the ReCreation Land once the easy-to-reach coal was removed.

In this case, that work included replacing as much topsoil as possible, reseeding of areas, planting approximately 63 million trees, and creating 350 lakes and ponds. The property has approximately 380 campsites, as well as multiple trails for horseback riding, hiking and other activities.

“Any time you have strip mining, it’s going to be really tough to recreate the soil to the depth and quality that you had before mining. I think that’s just a universal truth,” Johnson observed. But overall, he and other conservationists are happy with the outcome for the ReCreation Land.

Some parts look almost “too perfect,” as where ponds seem to retain the artificial outlines of mining pits, noted Matt Misicka at the Ohio Conservation Federation. Other areas look more natural. Either way, he described the property as “gorgeous” and “breathtaking.”

“The hills just roll right out of an artist’s rendering,” Misicka said. “From a hunting and fishing perspective it’s a great piece of property.”

Like Johnson, Misicka would love for the state to acquire the whole property. “Ohio is such a public-land-, public-hunting-poor state that we would love to get as much of that as possible.”

Ohio ranks near the bottom among states for total public land ownership per person, Johnson noted. By his calculations, the addition of all 60,000 acres could boost Ohio’s state-owned public lands acreage by more than ten percent.

“I think any trepidation we have rests with the unknowns here,” Johnson said.

The memorandum contemplates an initial acquisition of acreage, followed by annual closings thereafter. But many of the details remain to be worked out before the October 31, 2017 deadline for entering into a purchase and sale agreement.

Among other things, those details include price terms, the precise amount of land to be transferred, how much would be acquired through annual closings, specific rights to be granted, and more.

That being said, the memorandum of understanding is significant for both sides.

“The discussion with the Ohio Department of Natural Resources has been going on for some time. At this point, we’re happy we were able to reach the framework of an agreement,” said AEP spokesperson Scott Blake. “We want to do what we can to help it move forward.”

Although Blake did not say why AEP wants to sell the property at this time, he acknowledged that “there are certain responsibilities that come with owning such a large tract of land.”

Transferring the property now would give the state “a larger footprint in the area and allow us to turn over some of the land there back to public use,” Blake added.

Besides the details to be worked out between AEP and the state, there’s also the question of funding for the acquisition.

A portion of the money might well come from federal funds distributed under the Pittman-Robinson Act of 1937, Misicka suggested.

Pittman-Robinson funds come from excise taxes on sales of guns and other sporting arms and ammunition. And land acquired with such funds must be maintained with its wildlife sources for the benefit of hunters and other recreational guests.

The state would likely have to contribute some money from another source or sources as well. For now, AEP, the state and conservation groups are hopeful.

“If the state can pull this off, it’s a great story,” Johnson said.