Photo By
U.S. Department of Energy 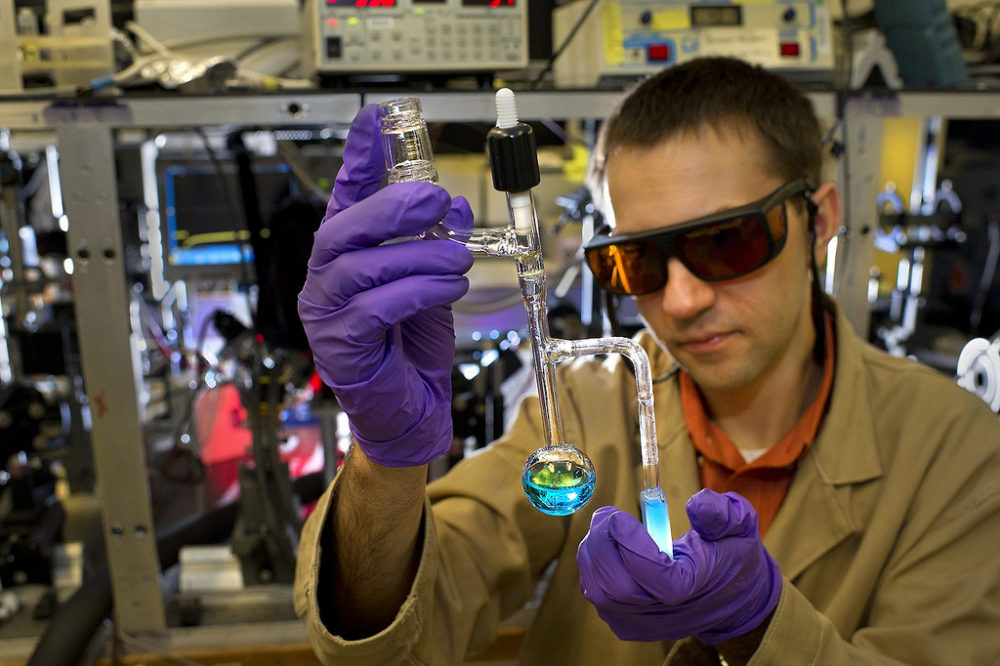 The need for expensive equipment, such as at this Department of Energy lab, can make it difficult for clean energy startups to attract capital.

One of the greatest challenges in reinventing the power grid has nothing to do with technology, engineering or science. Instead, it has everything to do with dollars and cents.

Developing new clean-energy systems is expensive, and early investments in promising technologies don’t always pay off as quickly or as handsomely as traditional investors might prefer. That has made it particularly difficult for cleantech entrepreneurs to raise capital to develop better solar panels, wind turbines, batteries and a host of other technologies that promise to transform how we produce and consume energy.

Clean Energy Trust (CET), a Chicago-based cleantech accelerator, is looking to change that. Earlier this month, the U.S. Department of Energy awarded CET $1 million to develop “a novel investment model designed to attract a new class of investors to early-stage cleantech businesses.”

Put simply, CET will spend the next two years developing and then implementing an investment vehicle that better suits the unique needs of clean-energy startups. The aim is to establish a replicable, hybrid model that “[combines] the best parts of a 501c3, not-for-profit mission-driven organization, with the structure and the benefits that a venture-capital fund has,” says Benjamin Gaddy, CET’s director of technology development.

Ultimately, CET says the project could catalyze $2.5 million of philanthropic support and $18 million of new investment. If adopted and deployed more widely, the new model has the potential to unlock $35.5 billion of investing capital, according to CET.

“We see the biggest problem right now is investing in companies that are going to have solutions that are commercially ready to really have a transformative impact on emissions leading into the longer-term – 2030, 2040, 2050,” Gaddy says. “So our DOE proposal is an effort to get that money that’s interested in the sector paired up with the new innovations and new technologies that are having a tough time raising from traditional venture capital funds.”

Venture capital (VC) investment is a critical source for startup funding across a wide swath of industries, but between 2011 and 2016, VC investment in cleantech declined by nearly 30 percent from $7.5 billion to $5.24 billion, according to a report released in May by the Brookings Institution. What’s more, that investment is heavily concentrated in coastal, urban areas – namely San Francisco, San Jose, Boston and Los Angeles. Just 1.8 percent of the total VC cleantech investment between 2011 and 2016 – roughly $614 million – was made in the Chicago area, according to the Brookings study.

Raising capital has proven particularly challenging for early-stage cleantech companies, which are developing technologies that are too mature to receive public R&D funding, but are not quite yet ready to be marketed and sold to consumers. It’s also where CET believes their DOE-backed project can make a big impact.

“We know that there’s a lot of interest in supporting these early-stage companies,” Gaddy says. The challenge is that many traditional VCs have been scared away from the sector, and other kinds of investors don’t have the same kind of pathways to support clean-energy startups.

A working paper published last year by the MIT Energy Initiative (MITEI) – of which Gaddy was a co-author – makes the case that the VC model ultimately isn’t a good fit for early-stage cleantech.

“The VC model is broken for the cleantech sector, which suffers from a dearth of large corporations willing to invest in innovation,” write the authors.

In other words, major energy companies (think BP or Shell) are hesitant to pay large sums to acquire clean-energy startups, thus providing VCs with the return-on-investment they desire. VCs might have better luck in biotech, the paper notes, where behemoth drug companies are often quick to buy up promising new medications.

Cleantech is also cost- and time-intensive. New energy technologies require years of tinkering and testing using expensive hardware in even more expensive laboratories. They often don’t scale up successfully, and, even if they do, they typically require sprawling, pricey factories to produce on a commercial scale.

Compare that to the software industry, where entrepreneurs can iterate on their ideas quickly and cheaply. Startups need little more than computers and a dozen employees to make their idea a reality. That kind of work rewards VCs handsomely and quickly.

VCs learned this lesson the hard way. The MITEI paper charts how VCs bet big on cleantech starting in 2006, fueled by hype, pro-renewables legislation, rising fossil-fuel prices and growing concern over climate change. By 2011, VCs had invested $25 billion into cleantech, according to the MITEI paper. Ultimately, they lost over half of it. VCs shifted their money to software-based cleantech, later-stage companies, and deployment of renewables, or they abandoned the sector entirely.

This drop in capital has had real-world repercussions for a burgeoning industry. Seventy-five cleantech companies were founded in 2007, according to the MITEI paper. In 2013, that number fell to 24.

One possible solution is for cleantech to adapt to the needs of VCs – to make any cleantech company be a “software company in disguise,” as the MITEI paper puts it. But, the authors conclude:

“That lesson is wrong and could be a disastrous impediment to the development of much-needed clean technologies to upend the world’s energy systems – a transformation that software alone cannot accomplish. The correct lesson is that cleantech does not fit the risk, return or time profiles of traditional venture capital investors. And as a result, the sector requires a more diverse set of actors and innovation models.”

Some of that is already underway. At the 2015 Paris Climate Summit, Bill Gates and other wealthy investors established the Breakthrough Energy Coalition to funnel private investment into early-stage cleantech. Simultaneously, 20 countries signed on to Mission Innovation, which aims to double public R&D funding for cleantech by 2020.

CET’s new fund will similarly try to find alternative sources of capital, seeking out family offices, smaller foundations and private philanthropists who care about developing breakthrough clean-energy technologies but may not have enough capacity or viable pathways to invest in cleantech. It’s not all that different from what CET does now, but Gaddy says the new fund will do it on a much larger scale and will not be limited to the Midwest alone.

“The VC industry has been around for a long time,” Gaddy says. “It’s had some great successes, and we think we can make it even better for these specific mission-driven companies that still aim to create successful businesses and have successful financial returns.”