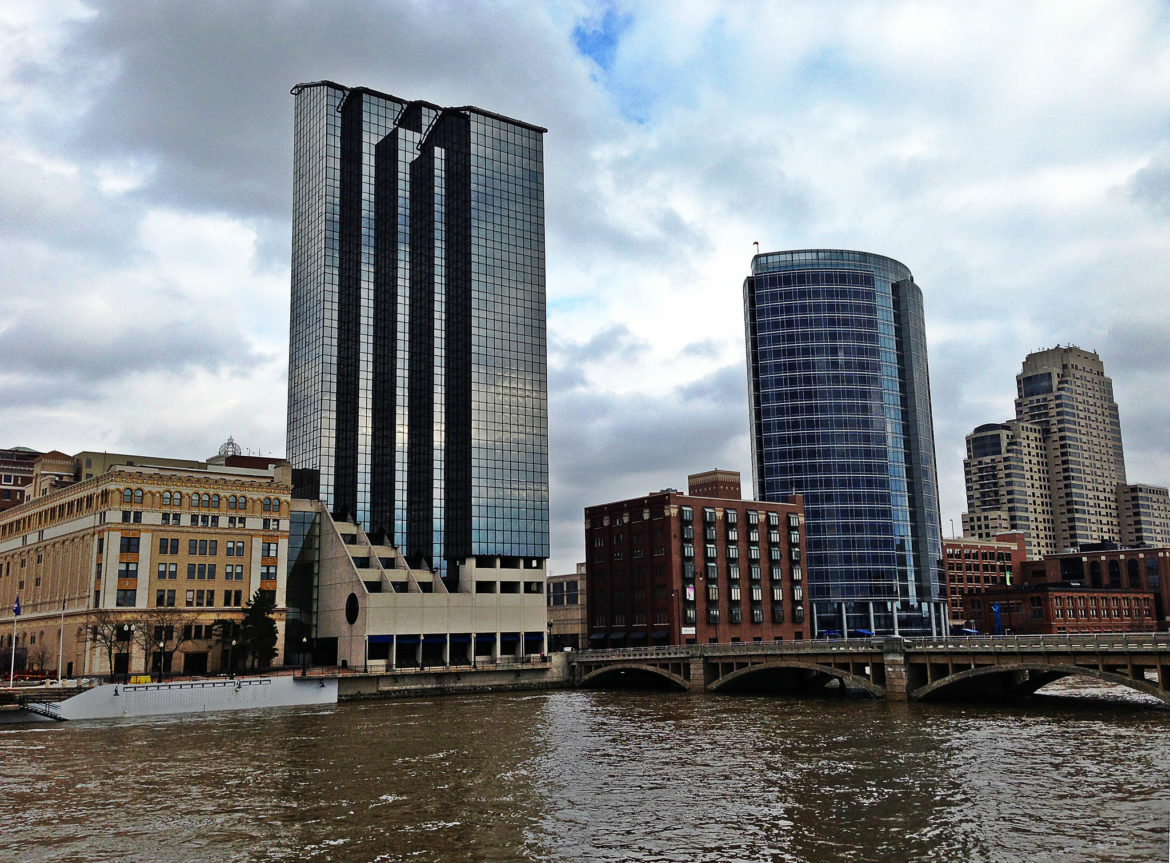 Within the past four months, two West Michigan cities have adopted Property Assessed Clean Energy (PACE) financing programs, but are doing so in a relatively uncommon way.

Instead of establishing a jurisdiction-wide PACE district as is done in cities and counties across Michigan, officials in Wyoming and Grand Rapids — both in Kent County — will approve PACE districts on a project-by-project basis.

In communities across the state, PACE administration has been done by Detroit-based Lean & Green Michigan, a private firm, since the state passed enabling legislation in 2010. Lean & Green Michigan helped Wyoming and Grand Rapids through the program adoption process, and will remain as the likely option as new projects are approved.

Andy Levin, president of Lean & Green Michigan, says Wyoming’s and Grand Rapids’ approach could create “a little more process” and — as projects come up for approval — potentially bring politics into play, though he is confident it won’t negatively impact development.

“It is not common, but I don’t think it’s a problem because cities are still creating an intentional and positive PACE culture,” Levin said.

Eric DeLong, deputy city manager in Grand Rapids, says the city’s approach is “very targeted” for each project that comes along, and that approval for each project will not require additional public hearings.

DeLong added that Grand Rapids does not have an exclusive agreement for Lean & Green Michigan to administer future projects, even though the firm is available and helped develop the city’s ordinance.

“We’re going to have the availability of Lean & Green Michigan, but we also want to preserve the option for others to serve in that role in the future,” DeLong said.

Wyoming assistant city manager Megan Sall said similarly: “We decided to go in that direction in order to ensure that multiple administrators could have the opportunity to work with us and do projects in the City. We don’t want to restrict who can and cannot take advantage of this program.”

While the programs are structured slightly differently, the financing mechanism will effectively work the same in Wyoming and Grand Rapids as elsewhere.

PACE financing allows commercial property owners to pay for clean energy investments — such as energy efficiency measures or renewable energy systems — over time through an assessment on their property tax bill. Supporters say it removes the need for a large upfront investment. Twenty-one counties and 11 cities and townships in Michigan have now adopted the tool, according to the Lean & Green Michigan website.

Grand Rapids officials adopted the program earlier this month. Wyoming approved its program in May after being approached with interest from developers, Sall said.

“We agreed that it sounded like a useful tool we could support here in the community,” Sall said.

And while PACE discussions have stalled in Kent County over the past several years, local officials say up to four more cities in the county are also considering adopting the tool.

“This is a way for individual investors and businesses to help us reduce our carbon footprint,” DeLong said. “It is totally in line with our sustainability plan.”

Grand Rapids has been a clean energy leader in the state through a 100 percent renewable energy goal by 2025, as well as establishing a “2030 District” in the downtown core that aims to reduce energy use 50 percent by 2030.

For several years, discussions about adopting PACE have taken place among city and county officials in this part of the state. Kent County officials have remained skeptical, though, questioning whether there is enough interest among developers and whether there would be administrative costs.

However, DeLong said the city has been in discussions with five other Grand Rapids metro jurisdictions — East Grand Rapids, Grandville, Kentwood and Walker — about adopting PACE with the idea that nearby towns could learn from Grand Rapids’ experience.

“Those other communities will likely follow suit as demand is expressed there,” DeLong said. “As we gain experience with this, we’ll see others wanting to take advantage of this.”

At least one developer has approached the city with interest in using PACE financing for a major refurbishment planned at a downtown building. Jeffrey Dombrowski’s Keeler Building project — which is still seeking approval for housing incentives at the state level — would use the financing tool for various renewable energy and efficiency components in the building.

The Grand Rapids Regional Chamber of Commerce was also supportive of the city’s adopting PACE. Responding to concerns that there is a lack of awareness about the tool, the chamber says it plans to educate its members about the new program.

“It’s another tool in the toolbox if businesses want to pursue it, and it’s another opportunity to to invest if traditional financing doesn’t work,” said Joshua Lunger, director of government affairs for the Grand Rapids chamber.

Meanwhile, two other PACE-financed projects were announced this month in southeast Michigan. In Detroit, the historic Whitney Restaurant will make a series of energy efficiency improvements through PACE financing, expecting to lower its utility bills by 10 to 20 percent.

In nearby Macomb County, a medical office building is making similar efficiency upgrades that are expected to result in a net energy savings of more than $250,000 over 20 years. Both projects will be the first located in their county.

Levin said the approach in Kent County is similar to what took place in Oakland County in southeast Michigan, when nine cities and townships adopted PACE before the county did.

“After a bunch of cities and townships came in and we closed some projects then the county came in,” Levin said. “It really seems like he situation in Kent County is quite similar — we’re happy to proceed in that way, too.”