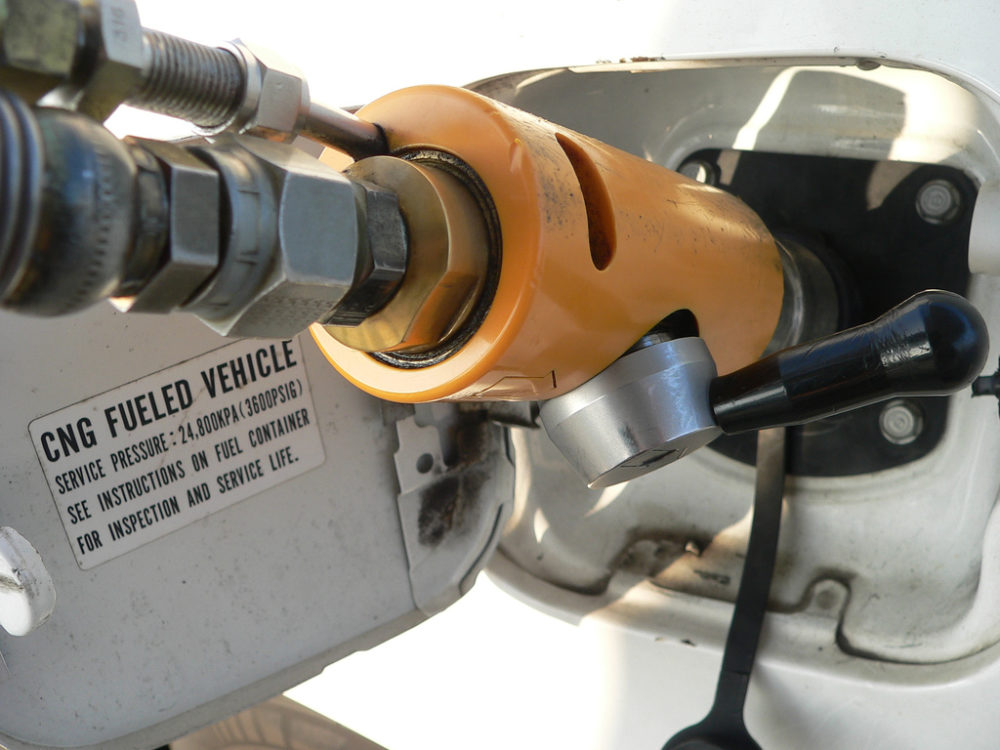 For long-distance truckers using compressed natural gas (CNG) for fuel, Kansas can be a black hole of sorts. Along a stretch of about 540 miles from Topeka in eastern Kansas to Denver in central Colorado, there’s no CNG fueling station open to the public.

Crossing that CNG-less expanse can be dicey, and it illustrates one of the obstacles to substituting cleaner-burning natural gas for dirty diesel: There’s not always a station nearby when you need one.

However, it looks like this particular gap is going to be filled. The U.S. Department of Energy recently awarded a $3.8 million grant to the Metro Energy Center in Kansas City and Clean Cities organizations in Kansas City and central Kansas. The grant will, among other things, provide funds to add CNG fueling pumps to truck stops in a couple of locations along Interstate 70 in central and western Kansas.

Long-distance trucks “can get almost anywhere on CNG now,” said Kelly Gilbert, the Metro Energy Center’s transportation director. “But they don’t necessarily want to take the extra eight hours to get there. They’re looking for the shortest route possible.”

That’s typically the interstate, but along the less-populated stretch through central and western Kansas, trucks have been known on occasion to run out of CNG and require a tow, she said. It can be a very close call. A truck that can make it from Topeka to Denver on a calm day might not make it on a windy one, she said, explaining that, “The wind is a major factor in fuel efficiency. … We just need to make sure those stations are there.”

Gilbert said she expects pumps will be installed no later than 2019, and possibly by late 2018. The locations haven’t been determined, but Goodland, Wakeeney and Salina in Kansas are likely candidates, she said.

Owners of diesel-fueled truck fleets made a dash to convert to natural gas three or four years ago when the price of diesel shot up to nearly $4 a gallon, said Dan Bowerson, director of technology and development for NGVAmerica, an industry association for natural gas fuels.

Compressed natural gas also generates fewer greenhouse gases, according to the federal Department of Energy. It estimates that over a lifetime, including the fuel-production phase, a natural-gas powered car emits between 6 and 11 percent fewer greenhouse gases than one powered by gasoline.

However, its pollution profile improves considerably if the fuel incorporates some renewable gas that can be refined from methane that results naturally from the breakdown of organic wastes in landfills and at agricultural operations. In fact, according to Bowerson, many natural-gas powered trash trucks fuel up at their local landfill, where rotting garbage provides them with almost-free methane.

CNG has been embraced by a number of companies that move products long distances, including FedEx, UPS, Anheuser-Busch, Frito-Lay, Coca-Cola and pork-producer Seaboard Foods. As the prices of diesel and gasoline have relaxed, however, the rush has slowed, Bowerson said.

Fueling infrastructure also has been a factor in that.

“We’re at over 1,700 filling stations across the country, but I’d say we need more,” Bowerson said. “Along interstates definitely would be beneficial. There’s some uncertainty. You have to plan your route. Trucking companies have to make sure they can find a filling station. If we had more stations along interstates, it would allow an increase in fleets converting to natural gas.”