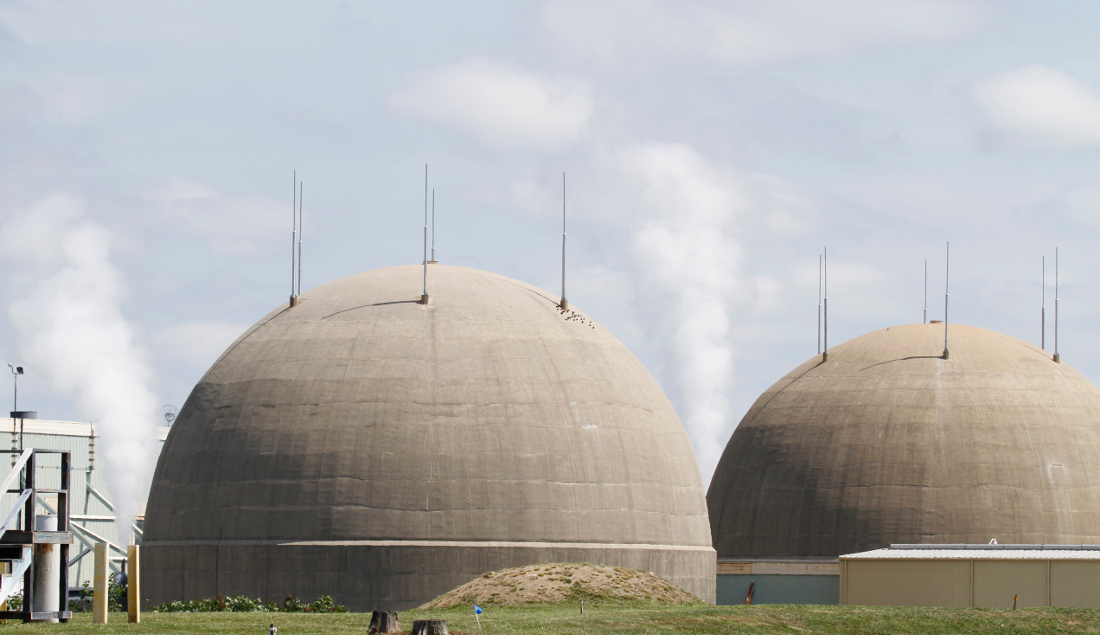 Dominion Energy has paused development activities on a fifth reactor at a Virginia nuclear power plant, according to a company spokesperson.

The move comes amid ever-growing scrutiny now that construction on two reactors in South Carolina has stopped and plans for others in the region have been scrapped.

Just this past spring, the federal Nuclear Regulatory Commission issued Dominion a combined construction and operating license for a new reactor to be located at its North Anna plant. Rules still require Dominion to secure a certificate of need from Virginia’s State Corporation Commission, but they could be overcome if the state legislature passes a bill allowing the utility to proceed without one.

However, new questions loom now that SCANA Corp. and Santee Cooper, co-owners of two planned reactors at the V.C. Summer plant in South Carolina, have halted construction. Duke Energy last month opted to pull the plug on the second of two new reactors it planned to build, one each in Florida and South Carolina. Both developments failed to overcome ever-increasing cost estimates, risks of construction delays and the sustainability of the industry’s supply chain.

All of this comes despite the Southeast– dominated by investor-owned utilities that enjoy monopoly access to ratepayers – having long been considered the only region in the U.S. hospitable to building new reactors.

“Dominion is clearly realizing its bet on more nuclear in Virginia was a colossal mistake and waste of ratepayer subsidies,” said Mike Tidwell, Executive Director of the Chesapeake Climate Action Network and an outspoken opponent of additional reactors in Virginia.

Jim Little, a consultant who represents the industry on South Carolina’s Nuclear Advisory Council and chairs the Carolinas Nuclear Cluster, cut to the chase in a primer on the industry’s status for an executive conference in early August.

“Would you be willing to continue investing in an established business with flat revenues (and) increasing costs (electricity) while competing against an agile field of competitors (renewables and natural gas) who enjoy market advantage of lower costs, quicker deployment schedules, support of government subsidies and favorable public opinion?”

Nuclear advocates are quick to note the economic and market conditions facing Dominion and prospects for its fifth reactor over the next decade might be different enough in Virginia than what utilities face in South Carolina, Georgia or Florida.

On one hand, estimates of future electricity demand suggest the possibility of demand growth, albeit not at a pace to justify what would be the most expensive single reactor construction project in the world to date: at least $19 billion. That is almost twice the latest estimates for each of the now canceled reactors in South Carolina.

Virginia ranks third among all states for the amount of electricity it imports from other states, according to Rod Adams, a retired nuclear engineer and blogger in Lynchburg, Virginia. Much of that capacity comes from coal plants in the Midwest, many of which are slated to shut down over the next decade.

Dominion is moving to supplant those imports and meet demand it forecasts primarily with new natural gas-fired power plants. It has also jump-started development of large solar systems. The combination of the two, along with its existing reactors and hydroelectric plants, is the foundation for its “all-of-the-above strategy.”

Dominion’s choice of GE Hitachi Nuclear Energy and their Economic Simplified Boiling Water Reactor technology for North Anna 3, or NA3 as it’s known, is viewed by critics as a major risk because such a reactor has never been built in the U.S. The higher estimated cost of $19 billion alone is a hurdle all its own.

Little and Adams agreed that neither GE nor Hitachi has a program underway to foster the size and depth of a supply chain for the pipes, valves, pressure vessels and other parts, along with the engineering skills, needed to complete one of its reactors on time and on budget. The ever-shrinking U.S. nuclear construction supply chain along with an aging workforce pose a significant obstacle to on-time, and on-budget construction, according to industry veterans.

Will ratepayers pick up the bill?

Perhaps the most salient question facing Dominion is whether it will be permitted to charge ratepayers for all of its development work to date.

“The State Corporation Commission has repeatedly warned Dominion not to expect to be granted the right to charge ratepayers for continuing development of NA3,” said Ivy Main, a frequent critic of Dominion and active member of the Sierra Club.

“Three years ago Dominion persuaded the General Assembly to allow them to charge ratepayers for the majority of its development costs to that point, about $500 million,” Main said. “So Dominion may feel it can always allow them to recover development costs even when the SCC turns them down. We hope this time our legislators stand up for their constituents and say no.”

“No decision has been made on when we would ask to recoup those costs from customers through the Virginia regulatory process,” Richard Zuercher, a spokesman for Dominion, told Southeast Energy News.

Richard Myers, who until recently was Vice President of Policy Development and Planning for the Nuclear Energy Institute, the industry’s main lobby group, cautioned utilities and all stakeholders not to count on fixed-price contracts originally in place in both South Carolina and Georgia to keep the construction on schedule and costs on budget. When the main contractor – Westinghouse – goes bankrupt, as it did in both SCANA’s and Southern’s cases, those contracts “are worth nothing.”

Adams said whether Dominion is permitted to pursue construction anytime soon could depend in part on whether it can convince regulators and lawmakers that management understands what is happening in South Carolina, Florida and Georgia well enough to keep costs under control.

With the federal construction and operating license in hand, Dominion can bide its time for 20 years. If enough conditions change, the outlook for North Anna 3 could begin to change with it. These include higher natural gas prices; stiff controls on carbon emissions and a resulting boost in emissions credits; and a spike in demand led by dramatic growth of power-hungry data centers in Northern Virginia, to name a few.

Even a combination of several of those scenarios is tempered by a recent comment by the current head of the Nuclear Energy Institute, Maria Krosnick: “We are in dire circumstances right now,” she said.