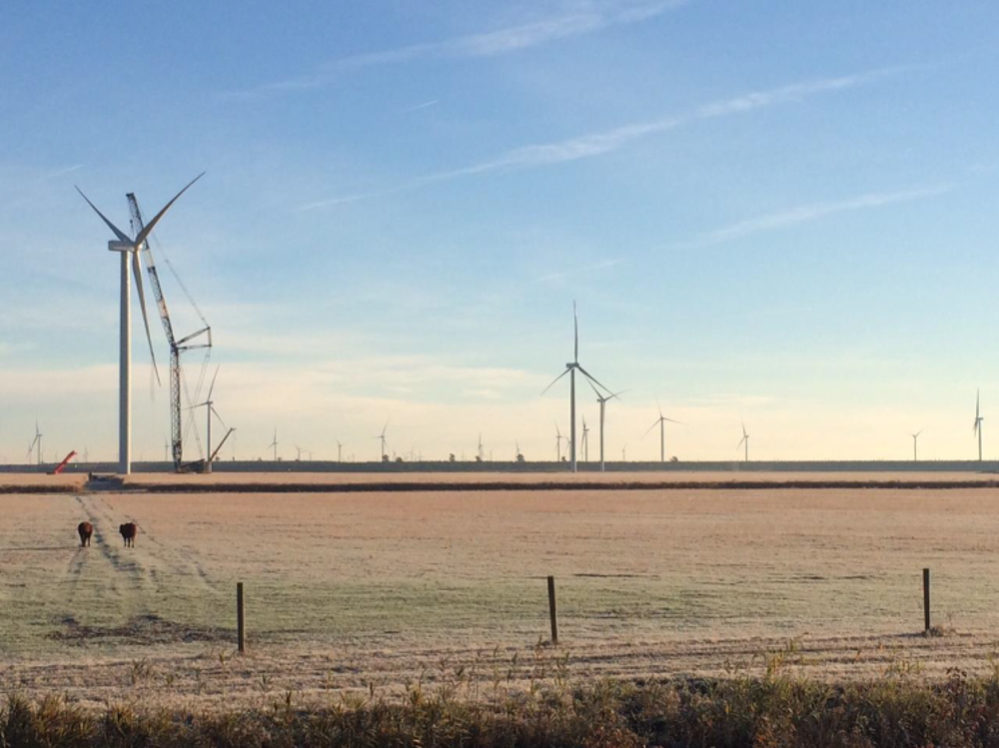 It is the reality of the world in which we live — Republicans and Democrats in the North Carolina General Assembly are often divided on complex social and economic issues. However, over 80 percent of legislation, including energy-related bills, are passed with strong bipartisan support.

True, there have been some contentious debates over the right path to expanding the renewable energy economy in North Carolina, but earlier this summer it appeared as though we had turned a corner in building consensus on prioritizing renewable energy as an economic driver in our state. The North Carolina House voted 108-11 to pass an energy bill that had been hammered out over the course of a year.

Before the vote, more than 30 meetings were held with a diverse set of energy stakeholders  that included utilities, the renewable energy industry, environmental groups and customer advocates.  These groups don’t often collaborate. But it happened here, and we were hopeful that North Carolina would continue to be recognized for its leadership in making renewable energy projects a reality.

These investments and the jobs they create are urgently needed, especially in the rural areas across North Carolina. According to a recent report prepared by RTI International, renewable energy projects have been responsible for nearly $800 million in major investments in the counties that we represent, where unemployment remains stubbornly high.

Solar and wind energy have provided one of the few economic bright spots in our corner of the state that is too often ignored by the private businesses that power our state’s economy, as well as by many policymakers who help guide it.

In the end, after contentious negotiations and compromise, the bill that Gov. Roy Cooper signed into law included much to celebrate. House Bill 589 modernizes our state’s solar policy and introduces new ways for home and business owners to transform their rooftops into energy generators. But despite our strong opposition, it also placed an unnecessary 18-month moratorium on wind energy development, which jeopardizes up to $1 billion in new investments by two wind projects in some of our most economically distressed counties.

While we wholeheartedly agree on the importance of the military’s presence in our state, the recently built Amazon Wind Farm U.S. East in Pasquotank and Perquimans counties has shown beyond a doubt the thoroughness and workability of the existing permitting process at the local, state and federal levels.

Further state study on the matter, as required in the legislation, is not needed. Our military and wind projects can co-exist successfully. And as legislators representing eastern North Carolina, we are united in working to keep these two new wind projects on track, so they can receive their final approvals and be built as soon as this ill-conceived moratorium ends.

At this point, you may be asking yourself: Why should I care about renewable energy policy?

In addition to the economic benefits for local communities, the Amazon Wind Farm US East, a $400 million project, is only one example of a Fortune 500 company making renewable energy investments in our state.

More often, high-tech companies are looking to expand in North Carolina. Before they do, they usually have lots of questions about what kind of energy will run their facilities.

When Google started a $600 million expansion of its Caldwell County data center, it worked with Duke Energy, the state Utilities Commission and other policymakers to devise a way to purchase more of its power from renewable sources. Apple — the most profitable company in the world — has spent tens of millions to build solar projects near its data center in Catawba County.

And, it’s not just tech companies. Corporations such as Wal-Mart and General Motors have made public commitments to purchase a majority of their energy from renewable sources.

And while these commitments make for nice headlines, let’s be clear – lower energy costs and increasing their competitive advantage are the primary motivating factors behind these business decisions. Technology advances have rapidly reduced the cost of renewable energy, and as our state competes against the other 49 for business investments, North Carolina should do everything in its power to deliver affordable and cleaner sources of energy to our citizens and businesses.

North Carolinians are rightfully proud of our reputation as a business-friendly state. As renewable energy policy continues to evolve, it will be more important than ever for our colleagues in the General Assembly to ensure our business-friendly reputation stays intact.