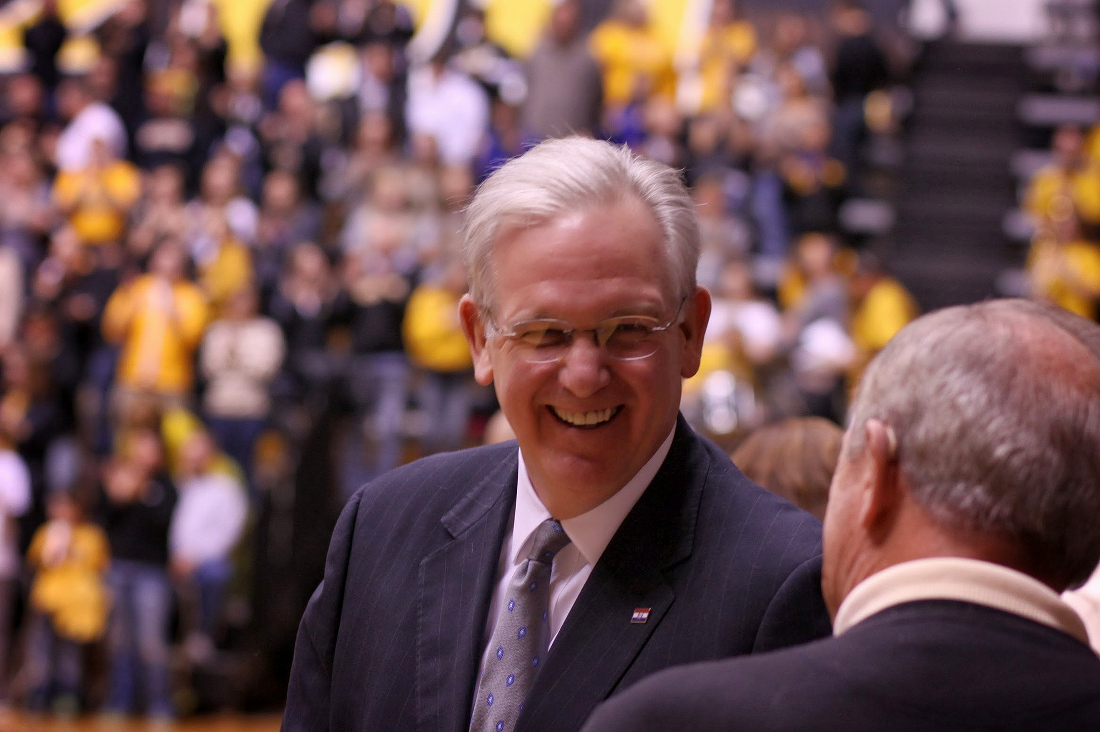 In the wake of one more rejection this morning from the Missouri Public Service Commission, the company trying to develop a high-voltage transmission line to ferry new wind energy from the Midwest to the eastern U.S. has a new tool in its kit: former Missouri Gov. Jay Nixon.

Clean Line Energy Partners, which has run into numerous obstacles in Missouri in the course of trying to develop a long-distance, high-voltage transmission line across several states, has hired Nixon as a legal adviser to guide it through the next legal hurdle.

Nixon and his St. Louis law firm “have taken a great interest in this case and are excited to fix this broken system in Missouri,” said Mark Lawlor, Clean Line’s vice president for development.

Clean Line now is free to appeal the commission’s decision, since the regulators this morning refused to rehear the case and to reconsider the ruling they issued five weeks ago. Although four of the five commissioners said as part of the last decision that they believed the project would serve the public interest, they also said they had to reject it because of the precedent set by a ruling in another transmission case, made by the western district of the Missouri Court of Appeals.

The 4,000-megawatt line would run for about 780 miles from southwestern Kansas through Missouri and Illinois and terminate near the border with Indiana. Further development of the substantial wind resources in the Great Plains depends on more transmission capacity to carry the energy to large concentrations of customers hundreds of miles away.

Before calling for a vote this morning, Commission chairman Daniel Hall said, “I did not see anything in the request filed by the applicant and supporters that causes me to change my view as to the propriety of that decision, so I support the decision as drafted, denying the request for rehearing.”

Bearing in mind the appellate ruling that apparently formed the basis for the commissioners’ rejecting the project last month and again this morning, Nixon had an early bit of advice for his client: to take the case to the eastern, not the western, district of the Missouri Court of Appeals.

Because the project spans the entire state, Lawlor said Clean Line can pick which court it wants to consider the case. Earlier this year, the western district issued a ruling in Missouri Court of Appeals in Neighbors United Against Ameren’s Power Line v. Public Service Commission of Missouri and Ameren Transmission Co. of Illinois.

The appeals court said that Ameren had failed to comply with a state law requiring a developer of a transmission project to obtain assent from the county commissions all along the route. Like Ameren, Clean Line had not obtained all of those permissions, and the PSC said it consequently had no choice but to reject Clean Line’s application.

Lawlor has taken the position that the law has been misinterpreted, and that it gives county commissions authority only to require that developers of transmission projects not create hazards over public roads. He now is seeking what he calls “clarification of the roles played by the PSC and county commissions as it relates to the state’s utility infrastructure.

“For decades the PSC held jurisdiction over determining if such projects are in the public interest, and counties followed with their approval to safely cross county roads,” he said. “This process has been upended and jeopardizes the future of the state’s energy infrastructure. Clean Line believes this issue is too important to Missouri’s consumers and energy future not to have clarified.”