Photo By
Jeff B. / Creative Commons 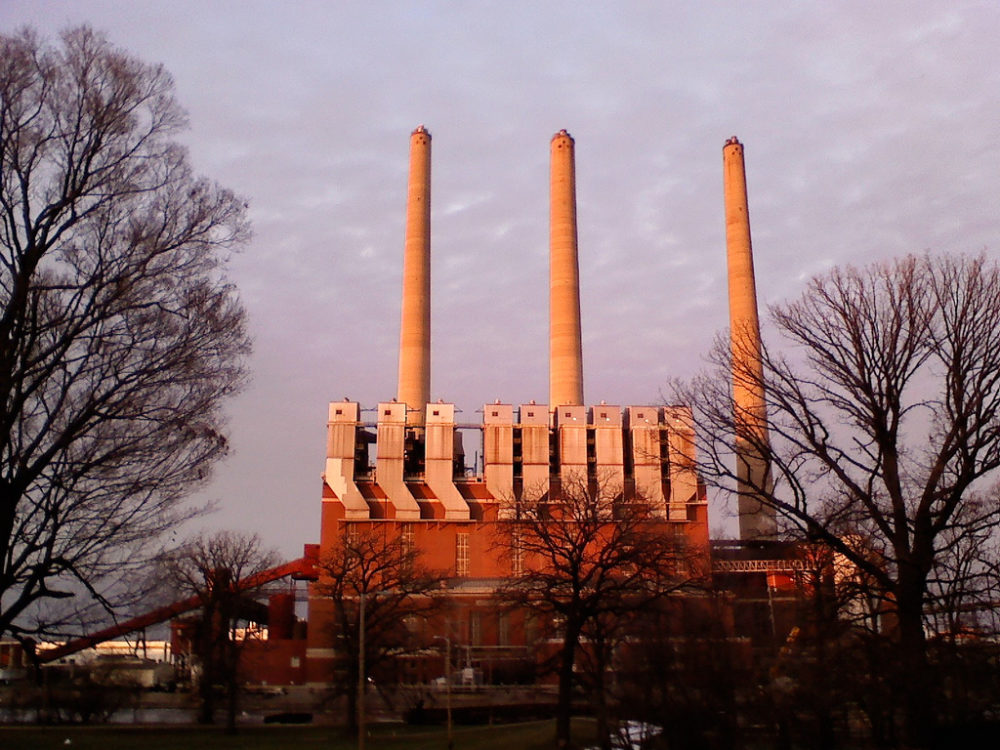 Nearly 10 years ago, the municipally owned Lansing Board of Water & Light floated plans for a new $1 billion coal-fired power plant to replace an aging coal plant just south of the capital city’s downtown.

While utility planning for the future looked quite different then, the proposal was met with swift backlash from many in the greater Lansing community who saw coal as a step backward. The BWL also wasn’t alone among Michigan utilities at the time planning a future with more coal.

Based on public pressure and years-long community engagement, the BWL ended up building a 100 megawatt (MW) gas-powered cogeneration plant to effectively replace the 375 MW Eckert Plant.

But less than 10 miles west of Eckert, the BWL owns another coal plant, the 160 MW Erickson Plant. Over the years, Erickson — completed in 1973 — had a less defined future with vague, moving targets of when it might be closed down.

By early 2014, though, the Michigan chapter of the Sierra Club had been looking into the two plants, finding a long history of self-reported air pollution violations. This provided an in-road for action, according to the group, which issued a notice of intent to sue the BWL in March 2015 over more than 3,500 self-reported violations at the two plants between 2009 and 2013.

The potential for a lawsuit remained in place for more than two years, which stalled in part when a major ice storm hit Lansing in late 2013 that had lasting damage to the BWL’s credibility due to the utility’s storm response. The Sierra Club felt litigation might have piled on as the utility was already having public problems.

After several years of negotiations between the utility and the Sierra Club, a settlement agreement was announced in late August that gives a concrete timeline for closing Erickson in 2025, the last coal plant to be online in mid-Michigan.

The 12-page agreement requires Eckert to be offline by Dec. 31, 2020 and Erickson by Dec. 31, 2025. It also requires the addition of at least 106 MW of additional wind and solar contracts while maintaining annual energy efficiency savings at 1 percent until 2021, when an increase will be approved on a “cost-effective basis.”

In total, the BWL now has a binding clean energy target of 35 percent by the end of 2025, which is the same as the voluntary goal utilities statewide have under energy laws passed last year. The utility says closing the two coal plants and increasing its clean energy portfolio will reduce its greenhouse gas emissions 80 percent by 2030. The agreement also stipulates the creation of a $300,000 sustainability program for pollution-control measures, such as electric vehicle charging stations.

While it will no longer own coal generation beyond 2025, the BWL does not have plans to discontinue a contract for 146 MW of capacity from the Belle River coal plant near Detroit.

BWL spokesperson Stephen Serkaian said the utility is “pleased” with the agreement because it supports the utility’s clean energy plans that had been outlined in previous Integrated Resource Planning, citizen advisory groups and the utility’s latest strategic plan.

“The BWL’s coal plants have served our community well for many years, but by 2025 the Erickson power plant will be over 50 years old — 13 years older than its original design life, and ready for retirement,” Serkaian said. “The BWL was Michigan’s first utility to adopt a renewable energy goal and expects to continue working with the Sierra Club and other interested groups in the Lansing area to continue promoting a sustainable energy future for our region.”

Retired Sierra Club official Anne Woiwode, who remained on the front line of the debate with the BWL up through the most recent negotiations, recalls multiple plans by utilities across Michigan 10 years ago for new coal plants.

In Lansing, “a very broad-ranging group” of individuals and organizations formed a group to pitch alternatives to coal, Woiwode said.

“Once the proposed new coal plant was dropped, the groups began working to, first, get BWL to make sure Eckert would actually be retired and then begin looking at retiring Erickson as well,” Woiwode said.

Getting that rolling meant looking into self-reported Clean Air Act violations the BWL had made to the Michigan Department of Environmental Quality, something the group “routinely does with all utilities around the country. We discovered there were extensive violations with air quality regulations and permits at both (Eckert and Erickson) that had never been addressed, never had been disclosed by the BWL. We were frankly quite stunned.”

The Sierra Club said it had uncovered more than 3,500 instances of emissions violations. After “extensive efforts” to try and work on the air quality issues, the group filed its notice of intent to sue in early 2015, Woiwode said.

“As a municipal utility our sense was they should be looking out for the best interest of their owners and customers, who were the same people,” Woiwode said. “The Sierra Club insisted we end up with an enforceable agreement, which we have. There wasn’t any value seen in getting into court if we couldn’t achieve that.”

While BWL officials had shifted initial plans from coal to natural gas, “It had not been a matter of real discussion” with the community, Woiwode said, which she and others hope is a lesson learned going forward. “It was sort of unilateral. It signaled the problem that has existed with the BWL over time: That they were not open to public input and tended to have to be forced.

“At the time, we were very happy they dropped the coal plant and were sort of ambivalent about gas, which we now believe shouldn’t be built, either,” Woiwode said.

Though continued public pressure helped push the BWL away from coal, questions remain about how the utility will continue its transition, and whether it will embrace new grid technology and not — as is feared of major utilities across the state — depend too much on natural gas.

From October 2015 to May 2016, the utility convened a strategic, Integrated Resource Planning (IRP) process focused on what it would do “post-Eckert,” explained James Clift, policy director with the Lansing-based Michigan Environmental Council.

“That process, as far as an IRP goes, was mediocre,” Clift said. “They had a citizen advisory group they were working with but it was hand-picked by the utility, and they’d tend toward grabbing people that agreed with them.”

“What we’re nervous about looking forward is, yes, they’ll close Erickson,” Clift added. “The question always becomes what will it be replaced with. They talk about renewables, energy efficiency and natural gas. Yes, that’s what everyone else is talking about, those are the options. How much you emphasize each of those is important.”

While Clift said the BWL is “robustly” looking into new renewable energy contracts, the utility has “done virtually nothing on advanced meters” and it hasn’t been talking about a “big ramp up” of energy efficiency and demand response.

“That concerns us because it means they’ll need more natural gas when (Erickson) retires in 2025,” he said. “And we think they’re falling behind the eight-ball a little bit” on advanced meters.

And providing this type of input remains a challenge with a municipal utility like the BWL compared to those regulated by the Michigan Public Service Commission, Clift said.

“In general, the process isn’t quite as open as we might see with traditional investor-owned utilities,” he said.

Serkaian said the BWL is currently developing time-of-use rates to help reduce peak demand, “but full implementation will not be feasible until Advanced Metering Infrastructure is deployed throughout the BWL service territory in 2020. Distributed generation is also an option being considered.”

Douglas Jester, a BWL customer and consultant with the firm 5 Lakes Energy, said the settlement agreement with the Sierra Club results in a binding commitment to continue energy efficiency at 1 percent a year and invest more in renewables until 2025, which goes beyond targets required in new statewide energy laws passed last year.

While Jester says the BWL will now be tasked with figuring out how to meet its capacity demand after 2025, the result now truly reflects an agreement between the utility and its customers.

“Credit to the Sierra club for pursuing the matter, but I also think the BWL was not oppositional about it,” Jester said. “I’m personally inclined to give credit to both parties.”