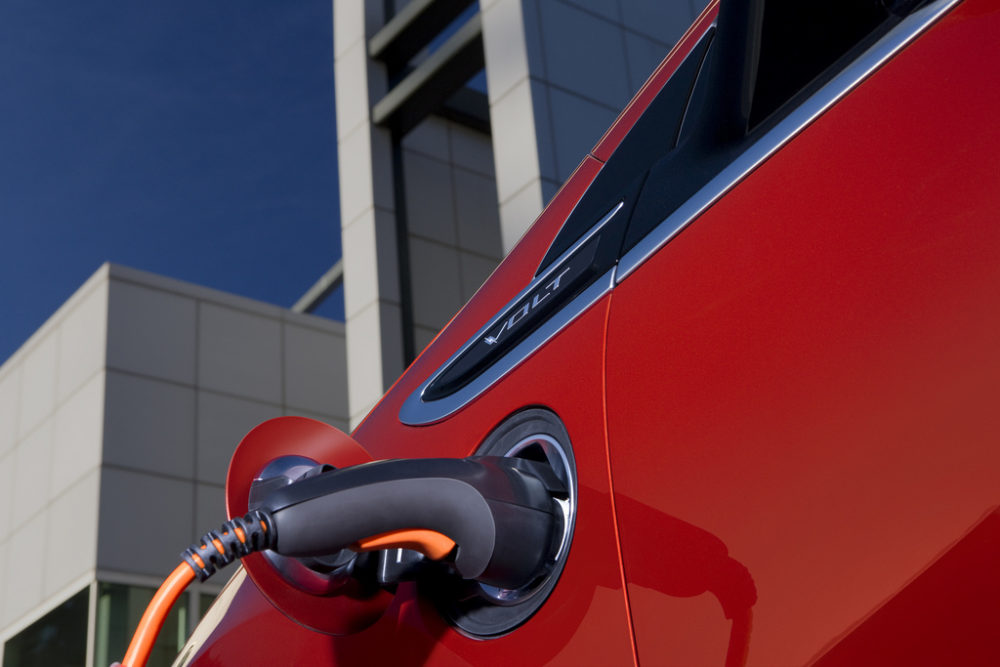 After serving 18 years as chief global economist at Ford Motor Co. and then as chief economist at the U.S. Department of Commerce under President Barack Obama, Ellen Hughes-Cromwick brings a market-driven perspective to the way energy use and transportation could mitigate the impacts of climate change.

In late July, Hughes-Cromwick started as senior economist at the University of Michigan’s Energy Institute, where she will help lead research on this “intersection of energy, economics, policy, and human behavior.”

Her new role comes as Michigan advocates, utilities, regulators and other stakeholders are debating next-generation transportation and mobility issues, and what policies the state should be enacting in order to build out electric vehicle infrastructure and boost deployment.

Hughes-Cromwick spoke with Midwest Energy News this week on what drives EV deployment, the research topics she’d like to explore at Energy Institute, and how the cost curves of wind and solar are “very powerful forces” in transitioning from fossil fuels.

Midwest Energy News: What will be your role at the Energy Institute?

Hughes-Cromwick: One of the areas I want to explore as we look ahead at the future of energy and transportation is to see what kind of data and analysis we can do as we see the shift toward electrified vehicles, connected vehicles, and then autonomous vehicles.

The business models that are developing around car sharing and higher degrees of autonomous vehicles — like level 4 vehicles — probably mean households might not own as many vehicles as they do today. They might be leased or managed by some digital platform entities. And that could really change the way we consume energy.

What does some of that research involve?

The research would be looking specifically at the cost associated with converting from a very low-level of autonomous vehicle content — like we see with adaptive cruise control and lane-changing or automatic parking — to (completely autonomous vehicles). What does the cost structure look like and how does that affect the rate of production of these types of vehicles? If it’s really expensive for a household to buy an electrified vehicle, or highly autonomous vehicle, then the rate of a replacement plan to scrap conventional vehicles and buy these new models will be affected.

Another area of interest is the development around digital platforms and what that means for energy use and the mix of energy use. With the introduction of Uber in urban areas potentially optimizing travel, how do we measure the potential energy impact? And does it reduce the amount of energy that is used?

At the same time, it might increase the amount of energy used simply because the price might be cheap. I know some studies underway to look at the way mass transit might be adversely affected by the advent of something like Uber.

In terms of electric-vehicle deployment, are we on the right path in order to meaningfully reduce emissions?

I do think the introduction of Tesla’s Model 3 will be important to watch. They’ve promised to ramp up production volumes to 20,000 per month. That’s going to be really important — that’s at a price point that is very low compared to many other electrified vehicles that have hit the market. If they’re able to do that with the kind of range on a battery that would reduce (range anxiety), it could potentially be path-breaking.

If it’s about replacing internal combustion engines with electric vehicles, what kind of policies would best drive that?

Michigan doesn’t have statewide incentives for EVs. Does that mean we’re falling behind others in deployment and infrastructure?

I think we all have to provide good analysis and evidence-based policy-making in this area. That is to say, we really need to ensure that we’re doing research that helps inform those policy decisions over time. It’s not directly evident that one potential pathway of subsidies is going to be better and sustainable over time versus letting the market allocate the resources and allow for that transition. I’m hesitant to say we need a heavy-handed policy to drive it.

I do believe that, given the negative externality associated with emissions, a carbon tax or cap and trade system are shown to be very effective and the best approach to garnering changes in behavior in light of the fact that we consumers and businesses don’t pay for the greenhouse gas emissions we may be responsible for as we consume goods and services.

On the electric side, could growth in renewables be slowed with policies that incentivize base-load plants or that lift regulations on the coal industry?

I really don’t see that trend (of declining prices) being reversed. The sustainability of that reduction in the cost curves of solar and wind — those forces are very powerful. It’s just hard to ignore and hard to roll back time and say, “No, we really want to go in this other direction.” A lot of local and state leaders recognize that it’s very important to address climate change and that we have to move into the future.

There has been recent discussion in Michigan among the major stakeholders about electric vehicle deployment and infrastructure. Is there a clear role for utilities and manufacturers?

Certainly there has to be some working-together-as-one-team on this. We can’t have one part of the industry lagging or dragging its feet while the other is scooting ahead. We need the infrastructure.

There are those kinds of innovations I think will be breakthroughs on charging infrastructure.