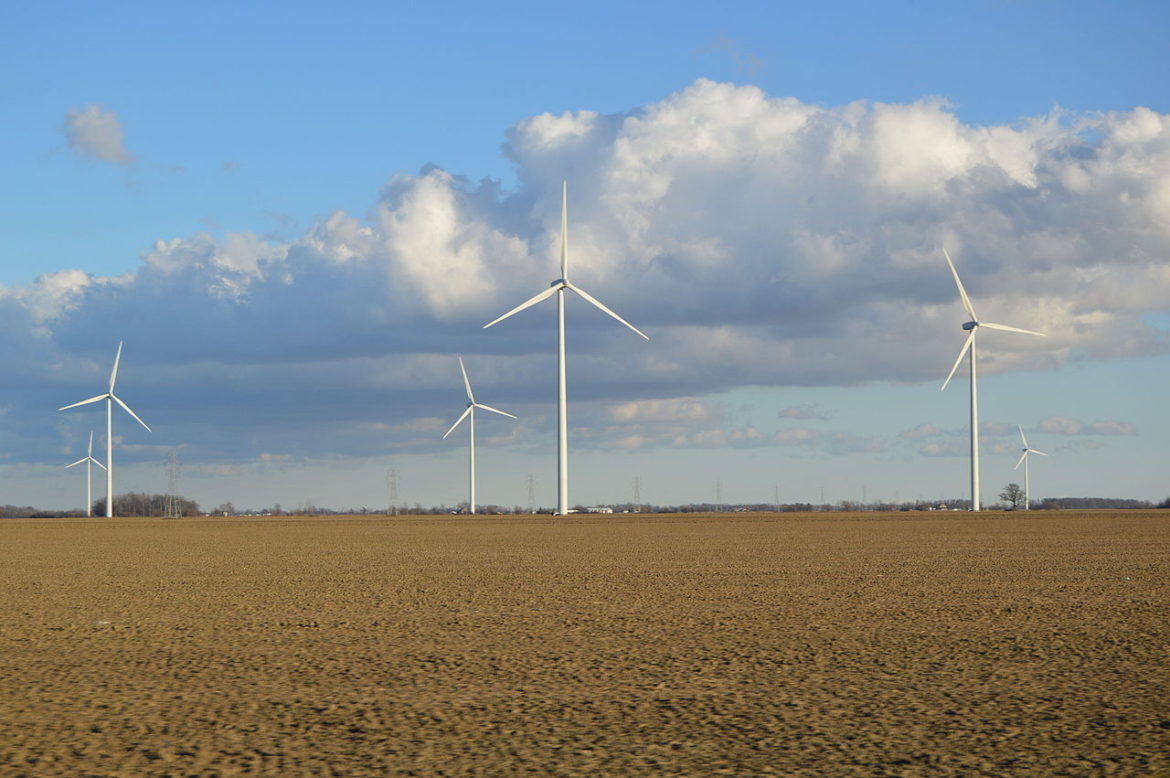 Two bills in the Ohio Senate aim to ease restrictions in a 2014 law that have effectively blocked the development of new commercial wind farms in the state.

That 2014 budget bill amendment tripled the previous property line setbacks for wind turbines and has stymied all but a few projects that had already gone through the permitting process under prior law.

“We have stopped further development of wind projects in the state of Ohio while everyone else around the country seems to be progressing,” said Cliff Hite (R-Findlay), who introduced Senate Bill 188 on September 14. “Unless we do something, we’re not going to compete with these other states.

Hite’s bill is similar to a budget amendment that the Ohio Senate passed in June, but which was rejected by the Ohio House of Representatives in conference committee negotiations. Under Hite’s bill, the property line setback would be 120 percent of the turbine’s height, which is still more than the pre-2014 law required.

The other bill, SB 184, would restore the pre-2014 property line setback of 110 percent of the turbine height. Michael Skindell (D-Lakewood) introduced that bill on August 31.

Between them, SB 184 and 188 have 20 co-sponsors, which is more than a majority of the 33 lawmakers elected to the state senate. “I think we’ll get it done in the Senate,” Hite said. “Then we’ll see what happens in the House.”

Before the law changed in 2014, the minimum setbacks for commercial wind farm turbines were about 1,300 feet from the nearest habitable building and 1.1 times the turbine height from the property line.

At a minimum, that meant that a turbine would be about a quarter mile from any home, explained Andrew Gohn at the American Wind Energy Association. And if a turbine fell down, it still wouldn’t land on an adjoining property.

A last-minute budget bill amendment in 2014 made the property line setback the same as the former residence setback. Rep. Bill Seitz (R-Cincinnati), then in the state senate, was the only person who spoke in favor of the change when it was briefly discussed on the senate floor before passage.

Skindell was the only lawmaker who spoke out against the more restrictive setback provision at that time. Among other things, Skindell noted that there had been no hearings or testimony on the merits of the change.

Any arguments that the residence setback should apply to the property line for health and safety reasons are “specious,” said Gohn. The current requirements are “essentially a de facto zoning from the legislature, which is certainly something that that’s not welcomed by a lot of communities that want to host wind projects.”

‘Wind is our shale’

Those communities have been “the real losers here,” said Peter Kelley, also at the American Wind Energy Association. Although some companies have been unable to move forward with projects in Ohio, most usually go elsewhere, he continued. “So really, who’s missing out here are the communities in Ohio that would like to have this option for their economic development.”

The benefits of that development can be huge. According to a May 2017 study by the Wind Energy Foundation, the current law acts as a market barrier and has blocked over $4.2 billion in lifetime economic benefits for Ohio.

Among other things, those benefits would include “millions for your county that will be invested into your schools and your local county government,” Hite explained.

For example, he noted, Van Wert County has already received millions of dollars for its schools and other needs. Another project in Hardin County should bring in about $17 million for the local government and schools over a 20-year period, he added.

“Wind is our shale,” Hite stressed. The reference compares wind resources for his district in the northwestern part of the state to the shale gas resources that have boosted revenues for some parts of southeastern Ohio since 2008.

Other revenues and jobs may be at stake as well.

Amazon, Facebook, General Motors and other companies have announced goals of sourcing their electricity needs from 100 percent renewable energy. For example, on September 19, Starwood Energy Group Global announced a deal in which General Motors agreed to buy all the electricity to be produced by a commercial wind farm in northwest Ohio.

That project is the last grandfathered project that was permitted under the prior law, noted Trish Demeter at the Ohio Environmental Council. If Ohio’s lawmakers don’t see the opportunities from wind energy and fix the law, “Ohio will be left in the dust in the clean energy era,” she said.

Indeed, cities and states often compete with each other to attract new facilities that will add jobs. “Those opportunities are not going to wait around forever,” Kelley said.

Although some wind energy critics argue about “trespass zoning” if setbacks are relaxed, supporters say current setbacks “really interfere with property rights of all those people who would like to host a turbine,” Kelley said.

“Farmers love this because it’s a cash crop they can rely on when commodity prices go south or when there’s a drought,” Kelley continued. “When it becomes difficult to make the family farm work, having turbines on their land can be a huge boon to a way of life that was disappearing. And yet their property rights are negated by this overzealous setback rule.”

County commissioners could still vote not to have wind energy in their area if that’s what their people wanted. However, Hite noted, those areas would also be unable to take advantage of some incentives to attract new facilities. And they would forego the economic benefits from wind farms.

“I just think it is right for a state to use the resources that it has to try to help make the state better,” Hite continued. “Where we live, we’ve got wind and we want to harvest it and use it.”

“And,” he added, “I don’t have a problem reducing the carbon footprint in the state of Ohio for my granddaughters.”