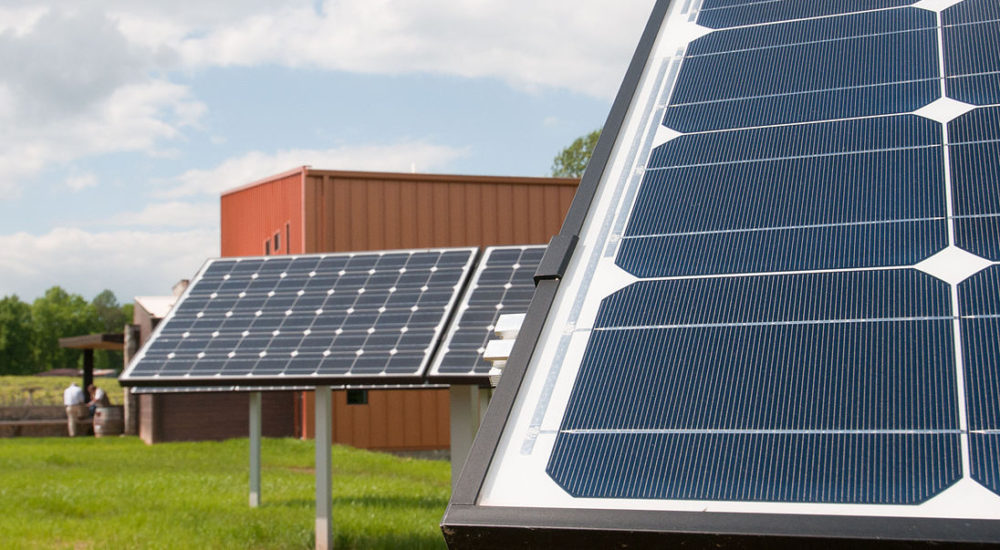 A series of meetings between utilities and solar advocates in Virginia seeking a compromise on net metering may have identified some common ground.

While Dominion Energy and rural cooperatives have been at loggerheads with solar advocates over net metering – crediting solar users with electricity their systems push on to the grid – pricing electricity by the time of day could help foster a settlement.

Time-of-use rates charge more for power used during peak times —typically weekday afternoons — when it is most costly for utilities to generate and transmit power. Dominion already deploys TOU rates for certain commercial and industrial customers, and offers a pilot program for residential customers with electric cars.

“We are considering some options that have been previously off the table,” said Scott Thomasson, who represents the Vote Solar advocacy group in the Southeast. “We are trying to think through different scenarios in good faith. We’re trying to see what the world would look like with a different approach to rate design.”

The idea of a TOU rate arose toward the end of a Sept. 14 meeting of the Rubin Group – a collection of stakeholders discussing Virginia solar policy. The meetings are convened by Mark Rubin, a private attorney who also runs the Virginia Center for Consensus Building at Virginia Commonwealth University.

Group rules prohibit participants from commenting on the proceedings outside of the public meetings and conference calls.

Aaron Sutch, who represents the VA SUN advocacy group, said at the meeting that a time-of-use rate “is something we would support.” The main reason: residences with solar can rely on their solar-generated power during peak periods, thus supplanting the use of utility-supplied power.

As of 2016, seven states — Maryland, Delaware, Arizona, Oklahoma, Ohio, Arkansas and Louisiana — have more than 5% of their residential customers enrolled in time-of-use (or time-varying”) rate plans, according to the Energy Information Administration.

A big challenge to utilities and consumer advocates is educating ratepayers on why and when it’s in their best interest to try TOU rates. Experts generally agree unless there is a significant difference between on-and off-peak rates, customers typically don’t respond.

Meanwhile, Katharine Bond, who represents Dominion at the meetings, signaled it will stand firm in ensuring solar users pay their share of costs incurred by all ratepayers. Boosting fixed fees charged for solar uses may be an option the group considers, but is generally opposed by solar and consumer advocates.

Fixed fees by rural cooperatives in Virginia are as high as $32 a month. Dominion’s fixed fee, or “minimum bill charge,” is $7 a month, Bond said.

An overriding issue throughout most of the meeting focused on how data might show that the growth of solar power in Virginia is affecting Dominion’s costs of serving all ratepayers. If utilities produce data showing that non-solar ratepayers are effectively subsidizing solar users, then utilities may be able to persuade lawmakers to eliminate net metering and increase fixed charges on customers with solar systems.

“It’s really hard for advocates to agree without at least some data,” said Sutch.

Registered participants in the working group do apparently have access to some of Dominion’s proprietary data. But an agreement all of the group’s participants signed prohibits them from talking about it in public.

Rubin said “there is no question some data is going to have to be shared” for any agreement to stand up over time. “This is a very data-driven process.”

Among other sticking points in the group’s deliberations is a cap of 1% on net metered electricity as a percentage of Dominion’s peak load the previous year. Solar advocates want to remove it, or at least increase it. It is widely assumed Dominion wants to reduce it, or eliminate net metering altogether.

Thomasson was quick to assert “the 1% cap is in the crosshairs for us …We’re nowhere close to committing (to any compromise) at this point,” Thomasson said.

Dominion’s Bond cautioned that if group participants keeping talking at a “40,000-foot level, we won’t get anywhere.”