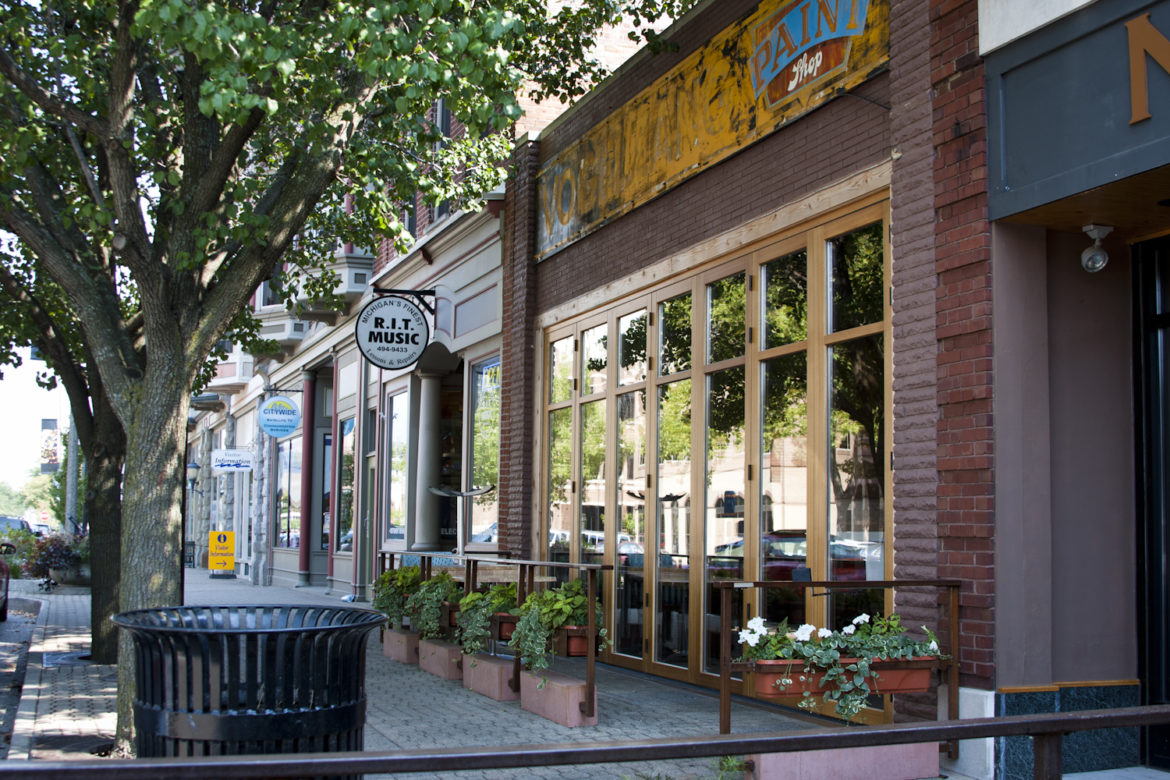 Nearly one year since its inception, an on-bill financing program in a west Michigan city appears to be enabling the deep energy retrofits envisioned at the outset.

The city of Holland’s public utility started its On-Bill Loan Program in the hopes that it would improve the city’s inefficient housing stock, said Anne Saliers, community energy services manager with the Holland Board of Public Works.

“The average project size is $14,255 with an average of 8.6 measures installed,” she said. “In other words, on-bill financing is helping people to do deeper energy efficiency upgrades than contractors experienced prior.”

Efficiency upgrades financed by the state’s Michigan Saves program tend to average around $10,000, according to the program’s executive director, Mary Templeton.

Holland explored on-bill financing — along with a grant to reduce the program cost — as one strategy to achieve its ambitious 40-year energy plan that runs through 2050.

“There are many elements in the plan, one of which is addressing the housing stock in Holland,” Saliers said. “The efficiency is lower than even the average. So we have a goal of improving efficiency of 7,400 homes in Holland by 50 percent.”

While Saliers is “very pleased with how it’s going so far,” she now wants to focus on growth.

“In other words, doing more marketing to increase the volume. We’re not displeased with the volume to date by any means, but to meet the goals of the long-range community energy plan, we want to pick up the pace.” Improvements to date total about $440,000.

At this point, members of 31 households have completed improvements and are making monthly payments on their loans, as part of their utility bill.

On-bill financing is a way that utilities provide the substantial money required upfront to make efficiency improvements. Although the interest rates aren’t necessarily lower than those that a bank would charge, some programs make money available to people who might be rejected by a conventional lender.

Holland’s program is one of at least 10 such programs “in various stages of development” around the country, according to John-Michael Cross, a policy associate with the Environmental and Energy Study Institute. The Institute has helped a number of utilities develop on-bill financing. About 60 on-bill programs are operating in 22 states, some of them 30 years old, Cross said. In the past decade or so, programs with a focus on energy efficiency have been getting underway.

Over the past couple of years, for example, Cross said on-bill programs have been launched by three rural electric cooperatives — in Arkansas, Colorado and North Carolina. The Arkansas program “has been reporting pretty stellar numbers for a start-up program,” he said. “The other two are rolling out more slowly.”

In the Midwest, the city utility in Bloomfield, Iowa has been working on an on-bill option, but hasn’t offered it to customers yet. That’s not unusual, according to Cross.

“These programs are taking longer to get to market than anticipated,” he said. “Each program has lots of details to work out among many stakeholders, and it takes a while to figure it all out. And as this new wave of programs come online, I think we will see momentum really build for the approach.”

Sweeping energy legislation passed last year in Michigan also allows rate-regulated utilities to file plans for residential on-bill financing programs. The Michigan Agency for Energy is working with regulators and stakeholders to provide a framework for those programs.

Holland’s program is specifically designed to provide access to people with credit issues. Instead of assessing an applicant’s credit-worthiness on the basis of credit scores or bankruptcy history, Saliers said the loans are contingent on 12 months of on-time payment of utility bills. With only one late payment to date, she said the system has been working “quite well.”

However, it has not pulled in many people with low incomes, a group she’s eager to attract. To that end, the program plans to start offering a $5,000 grant to people with qualifying incomes.

Holland’s program also provides guidance to ensure that borrowers get the greatest possible impact with their dollars. People tend to want to get started with new windows, which Saliers calls the “granite countertop” of the energy-efficiency arena. The city hired a residential energy advisor, Peter Boogaart, to review the results of the required energy audit and to steer people towards the most effective and worthwhile improvements.

“We found this to be key to the success we’ve had so far,” Saliers said.

Boogaart reviews improvements proposed by the contractor — four of whom have been vetted and approved by the program administrators — and makes any changes he deems necessary to maximize energy savings.

He said that research at the Lawrence Berkeley National Laboratory over the past 20 years has quantified the savings impact of a range of improvements, yielding a “loading order” for efficiency measures. Lights are at the top, followed roughly by sealing and weatherstripping, insulation, more-efficient heating and cooling equipment.

So far, Boogaart said, anecdotal feedback from customers “tends to be quite positive.” He has measured baseline energy use in the 31 homes doing on-bill financing, and plans to measure energy use after there is enough history with the efficiency upgrades.

Lora Keleman had an idea that she needed a new furnace, and probably a refrigerator also, but claims she had no idea how to proceed. She read about on-bill financing in the local newspaper and made a call. She agreed to add on sealing and insulation, and as a result received a grant from the city to cover 20 percent of the cost of the improvements, which totaled about $14,000.

The city initially offered grants to cover 20 percent of the cost of improvements, provided the bill amounted to at least $10,000. It has since reduced the grant to 10 percent of the total amount due.

“For me, it was a good investment,” Keleman said. Because the upgrades were done in February, she doesn’t have a good handle on how her energy use has been impacted, but she thinks the energy bills have fallen a bit. Even so, they haven’t fallen enough to compensate for the $120 she pays each month on the loan from the city utility.

Nonetheless, she’s been pleased with the process, and finds the payment system easy.

“It’s right on the electric bill, and I don’t have to think about it,” she said.