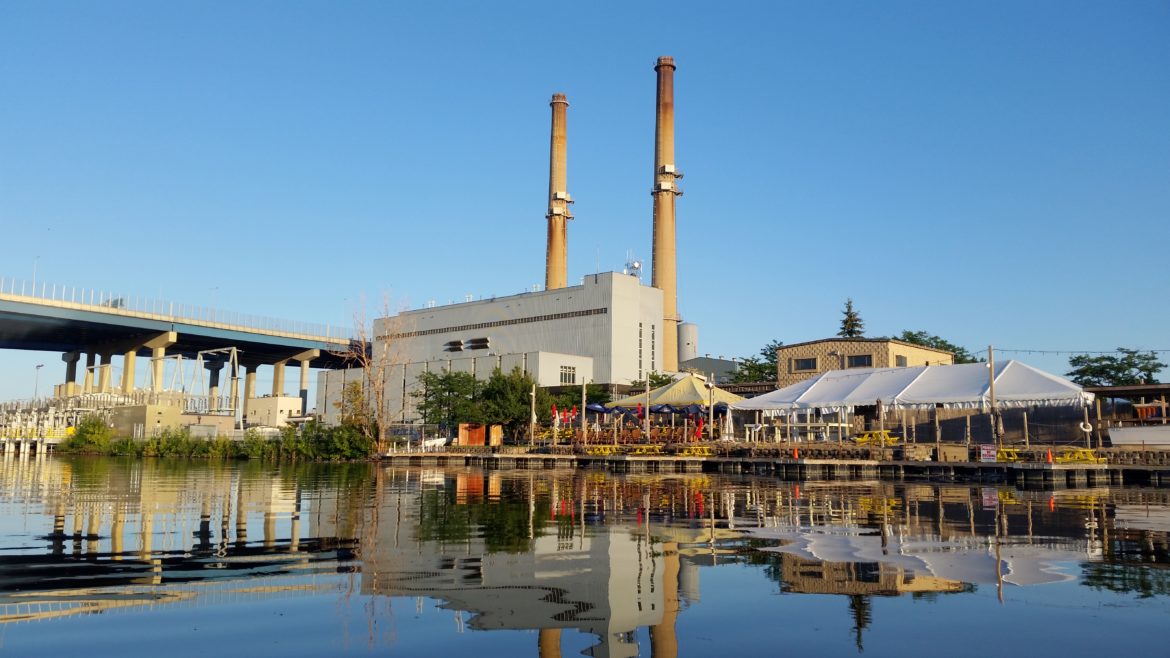 The Valley plant in Milwaukee is among those that switched to natural gas in recent years, as noted in a Union of Concerned Scientists report released today.

In a report released today, the Union of Concerned Scientists (UCS) identifies 2.6 gigawatts (GW) of coal capacity across six Midwest states considered uneconomic compared to cleaner alternatives, raising the possibility that some of those plants may close in coming years.

Nationwide, the report found that 21 percent of the coal-fired generation capacity in 2016 is currently deemed uneconomic, while an additional 18 percent of national coal-fired capacity is covered by announcements of closure or conversion to natural gas.

Jeremy Richardson, a senior energy analyst for the UCS, noted that the stress test is based on plants’ fixed and variable operating costs compared to alternative forms of generation, but does not include factors like cost recovery for generation in regulated states and payments for capacity — the promise to be available to provide power. So coal plants deemed uneconomic could still be financially viable for their owners.

Richardson described the report as a “snapshot in time of what the operating costs were of these units in 2016 compared to cleaner alternatives … We don’t actually make a claim that any of the plants we found as uneconomic will retire.”

The uneconomic plants are clustered in the South and Southeast, suggesting Midwest states may be slightly ahead of the curve in transitioning from coal, said Richardson. He added that the Southeast is home to more regulated electricity markets, where integrated utility and generation companies can charge their customers for the costs of generating electricity, even if cheaper options might be available. In deregulated Midwestern states where power plants must compete in the market to sell their power, many older uneconomic plants have already been driven out of business.

“Part of the story is that there have already been a lot of retirements over the past eight to 10 years in the Midwest,” said Richardson, lead author of the report. “A lot of plants that were uneconomic compared to natural gas have been taken offline” in the Midwest.

Between 2008 and 2016, some Midwest states retired nearly half of their coal generation, based on the units UCS analyzed for their report that also included co-firing and fuel-switching units. Still, the six-state region is home to 2.6 GW of uneconomic units, not counting units that have already announced closure or conversion plans, according to the report. Midwest Energy News examined data for Michigan, Ohio, Indiana, Illinois, Wisconsin and Minnesota.

UCS identifies as uneconomic two coal units at DTE Energy’s Belle River plant in eastern Michigan, three in Indiana and one in Illinois, collectively representing 2.6 GW of capacity. In Michigan and Indiana, the units are more expensive compared to existing combined-cycle natural gas plants, while the Illinois unit at the Marion plant is also more expensive compared to wind and solar.

Overall, coal-fired generation declined across the Midwest from 2008-2016, ranging from a 19 percent decline in Wisconsin to a 47 percent decline in Ohio, according to data in the report. These numbers reflect plants closing and running at lower capacity as well as overall increases in energy efficiency and other factors reducing energy demand.

In Ohio, Minnesota and Wisconsin — which still get 58, 39 and 52 percent of their power from coal, respectively, according to the U.S. Energy Information Administration — almost all of the existing coal plants are still considered economic.

Indiana still gets 77 percent of its energy from coal. Two plants had units considered uneconomic, according to the UCS analysis — NIPSCO’s R.M. Shahfer plant in Wheatfield and Vectren’s F.B. Cullen plant in Newburgh, which suffered serious damage after a coal silo collapsed last year.

Earlier this year, Detroit-based DTE Energy announced plans to retire all of its coal-burning units by 2040. It said it would retire the 1,395-megawatt Belle River plant in 2030, 45 years after it began operating in 1985. The company is seeking to build a 1,100-megawatt natural gas plant near the coal plant as part of a broader clean energy effort to reduce carbon emissions 80 percent by 2050. Belle River’s two uneconomic units make up 6 percent of the state’s total coal generation.

Statewide, coal generation made up 36 percent of Michigan’s portfolio in 2016, down from 50 percent two years earlier, according to EIA data.

A third aspect of the UCS report examines the demographics of people living within a three-mile radius of coal-fired plants — areas historically with disproportionately high minority and low-income populations.

The data shows that among the six states, Illinois has the highest proportion of residents living near coal plants who are minorities, at 67 percent. Forty-eight percent of people living near Illinois coal plants are identified as low-income.

The percentage of residents near coal plants who are minorities drops off from there, ranging from 49 percent in Indiana to 28 percent in Michigan and Ohio.

All six states have similar percentages of low-income residents living within three miles of coal plants, from 37 percent in Minnesota to 44 percent in Ohio.

But some of the plants that posed the biggest environmental injustice issues, in urban areas with large minority and immigrant populations, have closed or converted to natural gas. The Fisk and Crawford coal-fired power plants located in heavily-Latino neighborhoods of Chicago closed in 2012, as did the State Line plant just across Chicago’s border in northwest Indiana.

The Dean H. Mitchell plant in Gary, Indiana — which retired all four of its units over the past 16 years — was surrounded by an almost entirely minority population of 18,750, 60 percent of whom are also low-income. The Perry K. Steam Plant in Indianapolis converted all of its units to natural gas in 2014, after burning coal for 121 years. The R. Gallagher plant in Indianapolis, meanwhile, closed two units in 2013 and owner Duke Energy announced the other two units will switch to natural gas by 2022.

In Wisconsin, the Valley Street plant in Milwaukee converted to cleaner-burning natural gas in 2015 and the Blount Street plant in Madison retired three units and converted two to natural gas. Remaining plants in Oak Creek and Sheboygan, both near Milwaukee, still affect relatively large nearby populations including many minority and low-income people. Last year the Alliant Energy plant in Sheboygan installed scrubbers that significantly reduce pollution. Meanwhile, We Energies’ plant in Oak Creek has long faced community opposition and concern about its coal ash storage, especially after a 2011 spill into Lake Michigan.

Meanwhile, DTE Energy is planning to close its River Rouge plant in southwest Detroit in 2023. That plant has the state’s highest percentage of minority and low-income residents living nearby, according to the UCS analysis. Air pollution from the River Rouge plant and other industries has been an ongoing battle for local residents in southwest Detroit, and officials have described the plant’s closing as “bittersweet” given the job losses combined with environmental benefits.

As coal plants continue to close, the UCS report offers a variety of policy recommendations to hedge against the over-building of natural gas plants to replace coal, as well as steps that can be taken locally to mitigate the economic impacts.

“One of the big takeaways I have is that we really need to engage (with communities) early” as plants close, Richardson said. As is the case in southwest Detroit, some residents are happy to see the plant go for environmental reasons, while others — including plant employees — worry about the loss of local tax revenue.

“Pulling together all of those interests that may be conflicting at times, or just doing it after the fact where there’s sort of a crisis at that point, makes it challenging to be thoughtful,” Richardson said.

Richardson, like other experts, said the transition away from coal is well underway and unlikely to be derailed, despite the Trump administration’s promise to repeal the Clean Power Plan and a recent request by the federal government to provide support for uneconomic coal as well as nuclear plants, which Richardson described as “egregious and not based on any factual analysis.”

“We’re in this midst of a transition away from coal which is primarily driven by economic forces,” Richardson said. “That transition is happening and it’s really poised to continue.”