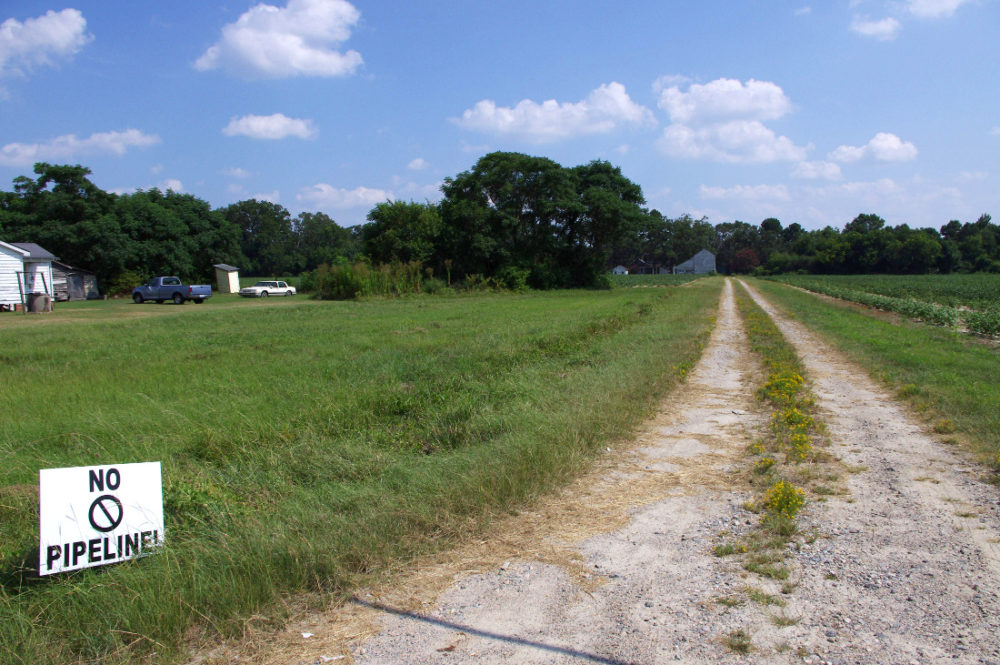 In North Carolina, where more than 300 rivers and streams lie in the path of the proposed Atlantic Coast Pipeline, Gov. Roy Cooper’s administration has dealt the project two high-profile setbacks – delaying a decision over one crucial water quality permit, and temporarily rejecting another.

Yet officials say these actions – both involving requests for more data from the pipeline – are not uncommon for a project of this scale, its 100-foot-wide construction berth stretching across eight counties along the state’s I-95 corridor.

“This is an extraordinarily large project,” said North Carolina Department of Environmental Quality spokesperson Bridget Munger, “so it only makes sense that our staff and our engineers need substantially more information to make the best decision.”

And some experts caution the Cooper administration’s moves don’t indicate whether it will ultimately allow the pipeline – a $5 billion venture primarily of Dominion Resources and Duke Energy that appears poised for federal approval.

“It’s too soon to know how significant the delay is,” said Robin Smith, a former assistant secretary at DEQ. But she emphasized that flatly rejecting a project because of water quality concerns, “would be extremely unusual.”

Uncommon or not, pipeline foes welcomed the state’s additional scrutiny of the 600-mile project, slated to transport 1.5 billion cubic feet of natural gas each day from West Virginia to North Carolina.

“We have only seen a handful of state agencies give fracked gas pipelines the thorough review they deserve,” said Kelly Martin, director of the Sierra Club’s Beyond Fuels campaign.

Martin contrasts North Carolina’s examination of the pipeline with that of the Federal Energy Regulatory Commission, which has rejected only two pipelines out of hundreds proposed in the last three decades.

The Trump-appointed panel gave Atlantic a favorable environmental review this summer, and now that it has a quorum, could issue a final ruling on the project anytime.

North Carolina’s actions, Martin said, are, “a great sign that Gov. Cooper’s administration is taking seriously the dangers posed by the pipeline and the public’s concerns about it, unlike FERC, which acts as a rubber stamp.”

Four environmental permits, three with a focus on water

A web of federal and state environmental laws require North Carolina officials to mitigate the pipeline’s impacts on air and water quality through four separate licenses.

As it squeezes gas from a 42-inch pipe into a 36-inch pipe, a compressor station at the Virginia border in Northampton County is expected to create “small” levels of smog, soot, and toxic air pollution. The state has issued draft air quality permit to cap those emissions, and will take public comments on it until next month.

The compressor station has plenty of critics, who say it will disproportionately harm tribal communities and African Americans who make up over 58 percent of the county’s population. But Atlantic’s permit snags so far have been over water, not air pollution.

With over 326 rivers and streams and 450 acres of wetlands in its path, the pipeline must demonstrate it will minimize damage to waterways and the dozens of rare and endangered species that dwell in them, according to section 401 of the federal Clean Water Act.

Last month, the Department of Environmental Quality said the pipeline hadn’t provided enough evidence it would do so. The agency asked for more information; Atlantic quickly responded, pushing back consideration of the 401 certification by nearly three months.

Since natural gas has low solubility in water, the pipeline poses the greatest risk to water quality while it’s being laid. Burying the pipe underneath waterways risks spills of drilling mud and lubricant, while creating a ditch through them can stir up dirt and other pollutants.

This latter category of pollution – the runoff of dirt, oil, pesticides and fertilizers into rivers and streams – is a bigger threat to surface water quality than discharges from industrial pipes, according to state officials.

The state’s Sedimentation Pollution Control Act of 1973 seeks to curb this hazard. That law led to a second recent hurdle for the pipeline: DEQ’s rejection of its plan to limit sedimentation and erosion of stream banks during construction, first reported by NC Policy Watch.

The sedimentation control plan is supposed to limit damage during the building of a development that has already been deemed safe for waterways; thus, it’s required to include a copy of the 401 certification.

That missing certification was the first item DEQ listed in its letter of disapproval to Atlantic, which noted the pipeline could submit a revised strategy. Tammie McGee, a spokeswoman for Duke Energy, said the company planned to do so as soon as possible.

McGee stressed the routine nature of DEQ’s letter. “It’s really typical for a project of this size and complexity,” she said.

While Munger wouldn’t go quite that far, she acknowledged, “it’s not unusual.”

A fourth license from the state is also still pending. Metering stations in Johnston, Cumberland, and Robeson counties will convert over a dozen acres of forests and farmland to concrete, creating a small amount of polluted runoff. Atlantic hasn’t yet applied for this permit, but McGee says it plans to do so “shortly.”

‘An opportunity’ – but don’t hang your hat on it

Of the four permits required, the 401 is the most rigorous, say experts. It’s the same certification that’s stalled pipelines in two states in the past year and a half.

“To flatly deny it you have to be able to say there’s no possible way to construct it in a manner that’s consistent with state [water quality] standards,” she said. “That’s just extremely unusual.”

The new deadline for the state to evaluate Atlantic’s application is November 28, at which time it could reject it, deny it, or again ask for more information.

Most of the advocates who criticized the first 401 application for its lack of detail are still evaluating the reams of additional information the pipeline supplied in response to DEQ.

But Upper Neuse Riverkeeper Matthew Starr, of the nonprofit Sound Rivers, says Atlantic’s new evidence only reveals it plans to do the bare minimum to protect or restore streams.

“The information isn’t inadequate,” said Starr. “The plan is inadequate.”

While the state plans no more hearings or comment periods on the 401 application itself, DEQ’s Munger stressed the importance of public input on the project – which has already drawn hundreds to public meetings and more than 9,000 written comments, the vast majority against the project.

“It’s really important to remember that the goal here is as much community engagement as possible,” she said.

Starr says pipeline foes should use that goal, and the state’s extra analysis of the Atlantic project, to their advantage.

“The state is doing what the state needs to do,” Starr said. “I don’t think anyone should hang their hat on this as indication the pipeline won’t be built, but it’s an opportunity.”