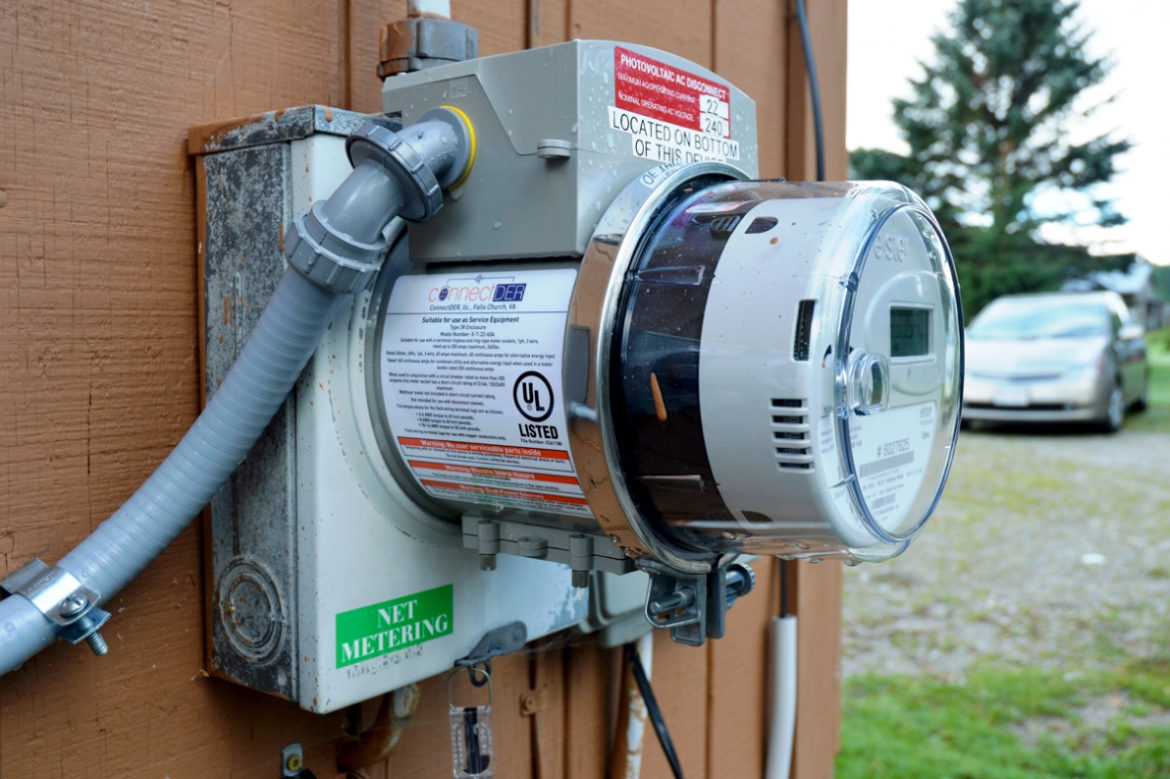 The ConnectDER device allows a solar array to be connected directly to the meter, eliminating the need for electrical work inside the home.

Utility customers in Ohio and Nebraska are among those taking advantage of a new and simpler technique for connecting solar arrays and other renewable energy systems to the grid.

ConnectDER, as it’s known, generally eliminates the need to enter a home and it greatly reduces the amount of electrical work required.

“It allows you to inject the solar on the customer side of the meter prior to getting into the home,” said Michael Shonka, a solar installer who has put the new equipment in a half-dozen homes in the Omaha area. “This means we can cut out $1,000 to $2,000 worth of cost in the system because you don’t need electricians to go through foundations trying to get to the service panel, and you don’t need to rearrange the panel.”

Some people know it as “plug and play” solar.

In Nebraska, the Omaha Public Power District approved the equipment this past summer, and the Lincoln Electric System is now evaluating it. In Ohio, utilities in Tipp City, Yellow Springs and Westerville permit the new technology, as do about a dozen other utilities from Vermont to California and Hawaii.

Shonka said he is “always looking for innovations in the industry,” and heard about ConnectDER at an industry meeting.

“I recognized this as being a problem because every time I went to do an installation, I ran into issues with how to make the electrical connection.” The last few feet of wiring, he said, “are very expensive. You have to get through foundations, run wire in conduit through the inside of the house, rearrange the circuit-breaker box.”

And many household control panels boxes don’t have the capacity to handle solar panels, he said, which can necessitate installation of a new and larger circuit-breaker box.

Because the ConnectDER contains all the necessary circuit breakers, he said, “I don’t have to worry about that. I just have to find the meter box. It drops the cost of installation significantly.”

Marketing the product is time-consuming, said ConnectDER’s product manager, Jon Knauer, because, “Each new market that we want to sell it into requires utility approval. Over time that gets easier, because once we have a couple utilities sign off, the others tend to follow along. We’re still in the phase of opening up new markets.”

He’s hopeful that in the Midwest, with its numerous municipal utilities and rural electric cooperatives, the technology may spread more rapidly than in other regions.

Smaller non-profit utilities “make decisions fairly quickly. The (Omaha Public Power District) approved it in a month or two, which isn’t very long. And there are a lot of statewide municipal or co-op associations that you can take the product to and say, ‘This group of utilities similar to you are doing this, and maybe you should think about doing the same.’”

Knauer said his company has sold about 5,000 of the units nationwide, many of them in Arizona. Some utilities there actually rent rooftops where they install their own panels, he said. They find that ConnectDER works well for them because it allows them to install arrays without setting foot inside customers’ homes.

In Omaha, Helen Deffenbacher is a solar proponent who is having a solar array with ConnectDER installed on her Tudor-style house. In this community that hasn’t yet embraced solar energy, she is attempting to organize a group solar purchase and believes that ConnectDER could help to facilitate that.

Deffenbacher is convinced that the new technology can provide some momentum to the solar industry, however, and continues to encourage installers and potential customers to get on board.

Deffenbacher has proposed to some local solar installers that they use ConnectDER and cut the labor fee by 25 percent. So far, she said, “Many want to stick with the traditional, conventional hard way.”