Photo By
Courtesy of CapX2020 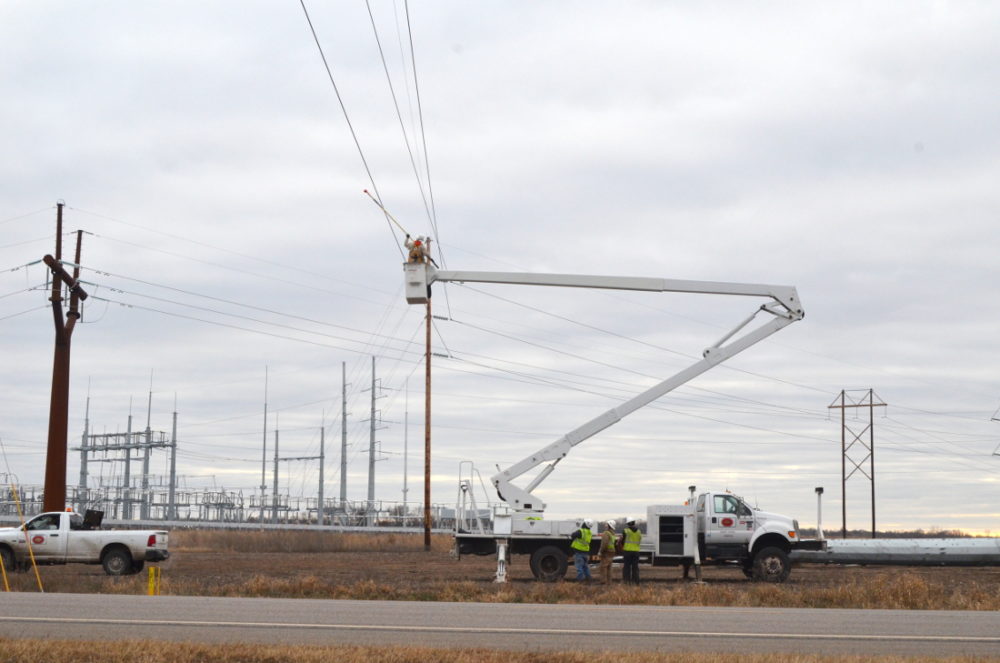 A new report aims to highlight the financial benefits that transmission projects can bring to rural counties.

Specifically, the report from the Center for Rural Affairs takes a closer look at how counties in Minnesota, Wisconsin and Kansas were impacted economically by transmission lines – during construction of the project, after the lines are in service, and through the taxes and fees that accrue to government bodies.

“It’s a familiar story that renewable energy brings economic development to rural areas but we forget that transmission does that, too – not only in the way it enables that renewable energy but [because] these are big projects that create a lot of economic activity in rural communities,” according to policy director Johnathan Hladik.

Although only one county was featured in each state, they generally represent what any county with transmission is doing with tax revenue in those states, Hladik said.

This is partly because state law dictates how the money can be spent and on what kinds of projects, he noted, combined with local spending priorities.

The research wasn’t easy because many transmission projects are so new that no data existed on how counties spent revenue. Although Iowa and Michigan were on the center’s radar, neither had data or the stories to tell.

“There wasn’t a lot out there in those cases,” Hladik said. “It will be a different report in a few years.”

The center, based in Lyons, Nebraska, promotes building strong rural communities. In some of those communities, large proposed transmission projects are being contentiously debated — in large part because critics question the local benefits.

‘It’s a familiar story that renewable energy brings economic development to rural areas but we forget that transmission does that, too’

In Minnesota, Hladik and co-author Timothy Collins studied what happens to revenue in Lincoln County in the southwestern part of the state, which was on the route of the Hampton-Brookings path of the $2 billion CapX2020 project.

In Wisconsin Buffalo, LaCrosse and Trempealeau counties were beneficiaries of money from another section of CapX2020 – Hampton-Rochester-LaCrosse. Collectively the counties split a nearly $9.3 million one-time fee (of which money remains) and continue to receive annual fees of $538,382.

“It was fascinating to see the results,” he said.

Midwest Energy News: Can you tell us how Minnesota counties use the transmission revenue?

Hladik: We found something fitting for the times we’re in. Commodity prices are so low that property taxes have become a big burden. The past three to five years have been very tough on farmers. The impact has led Minnesota counties to limit levy increases in rural counties and use revenue from transmission lines to fill funding gaps. Counties don’t have to raise their levies. It’s a big help in southwestern Minnesota – it’s a really nice thing for those counties.

Wisconsin is a contrast, isn’t it?

Wisconsin is the best story, which is not what we expected when we went into it. They don’t tax utility infrastructure the same way as other states – instead they assess a lot of fees that go to counties. They’re some guidance (from the state) but counties have wiggle room to put together a program to distribute those fees.

Can you give me some examples?

The best examples were counties that opened it up and accepted ideas from community members. The environmental impact fees, by state law, are supposed to be used for environmental things. But you can get a waiver from the Public Service Commission. One county got a waiver and used it to replace a boiler in the basement of a courthouse. That’s great. Other counties used it to create an education center for the environment.

So, Wisconsin sets the bar high?

I came away impressed with what counties did. I’ll qualify that by saying a more in-depth look would show some of these fees are being mismanaged and some of the decision making isn’t that transparent. But on the surface, it’s a good story.

And how do Kansas counties handle revenue?

They passed legislation that says utilities don’t have to pay taxes for 10 years on investments. That doesn’t make sense to us. Utilities need the transmission. They don’t need a tax incentive to build it. They need it to provide reliability and energy to do their job as utilities. It was a corporate giveaway. It was disappointing but it wasn’t surprising when you consider what’s going on it Kansas and its general approach to business.

There are no taxes (in Kansas) at all?

There is a small tax on substations and some of that money goes to the state, and a little to the counties, but it isn’t much. And counties need that money, too. It’s a missed opportunity across the board.

What’s the state of transmission line projects in the Midwest?

They are unpopular now. If you think about the political dynamics in the rural Midwest and that populism that is exploding in some places — it just makes a lot of sense the populism aligns with deep skepticism of an outside entity coming to build an infrastructure project that ruins your view and does other things. That’s what is important about Wisconsin. You see communities benefiting from these projects and that’s a big positive for utilities.

It sounds like seeing investments from transmission lines matters.

Giving a community a chance to make those decisions is what makes Wisconsin so impressive. It’s so democratic and gives community members input. In Minnesota no one looks at their property tax not being increased and says, “that’s because of those transmission lines.”

Stakeholders should understand there is a tradeoff and they must make sure that there is something for people on the ground above the general benefits of increased reliability and more renewable energy. And that will probably make them care a lot more about these projects. We have to make sure communities are involved and get benefits from new transmission.