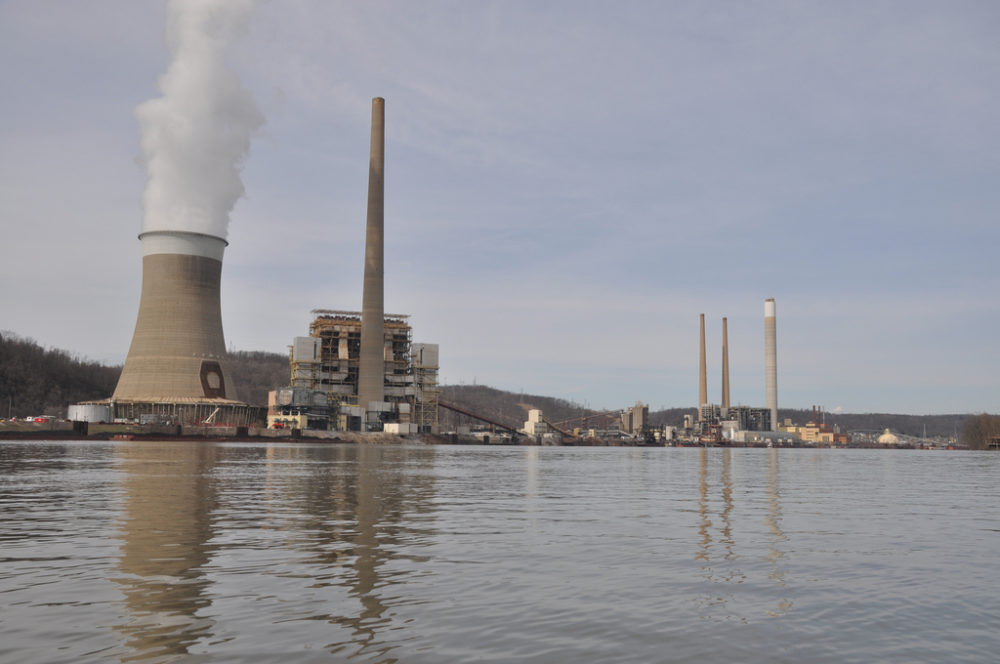 Ohio energy companies, state agencies and other groups are forming some unexpected alliances in their positions for and against a federal proposal to subsidize coal and nuclear power over other forms of electricity.

The proposed rule from the Department of Energy calls on FERC to revise its pricing rules to guarantee recovery of costs and profits for various coal and nuclear plants with on-site fuel storage. The move would protect those plants from some of the competition from natural gas generation and, to a lesser extent, from renewables.

“This case is about whether Ohioans and other customers across the country will be made to subsidize uneconomic power plants at a time when Ohioans should be benefitting in their electric bills from lower prices in the competitive generation markets,” said a filing by the Office of the Ohio Consumers’ Counsel with federal regulators. “Making customers pay subsidies to power plant owners is a bad idea.”

The Public Utilities Commission of Ohio likewise opposed the rule. “The PUCO…is deeply concerned about the additional costs that will be borne by Ohio’s consumers and businesses as a result of the DOE’s proposed rule,” said its filing with the Federal Energy Regulatory Commission. The DOE’s failure to quantify the costs of the proposed rule “is also deeply concerning,” it added.

Grid operator PJM Interconnection said the proposed rule “is unduly discriminatory and, therefore, unlawful in at least two critical respects.” Among other things, the rule would undermine federal law promoting competition in energy markets. Additionally, the “generic mandate of cost recovery improperly ignores the well-established rights of states and wholesale customers to challenge the prudence of particular utility costs.”

PJM’s filing also noted that the Trump-Perry plan fails to consider recent rule changes that it and other grid operators have to follow to ensure reliability. “The shortsightedness of the DOE…suggests that reliability and resilience may not be the underlying goals of the DOE,” the comments noted.

“The energy technologies of earlier generations are unable to compete in the present,” said the Environmental Defense Fund’s filing. In its view, the proposal goes against federal law forbidding “any undue preference or advantage” under the Federal Power Act.

Although the Buckeye Institute in Columbus has not filed formal comments on the proposed rule, the free market group nonetheless opposes it. “Subsidies of any kind make outcomes worse for consumers,” said economic research analyst Quinn Beeson. If federal regulators ultimately determine that any changes are necessary to address a rapidly changing mix of power plants, “they should look to market-based solutions and not something as heavy-handed” as the Department of Energy’s proposed rule, she said.

At the other end of the spectrum, Murray Energy’s Bob Murray has praised the price support proposal as “the single greatest action that has been taken, in decades, to support low-cost, reliable electric power.” Earlier this month, Murray also came out in support of the Environmental Protection Agency’s proposal to repeal the Clean Power Plan.

FirstEnergy has likewise supported the Trump-Perry plan for coal and nuclear plants, as did the City of Akron and Summit County, where the company is headquartered. Additional supporters include Lake County, where the Perry Nuclear Power Plant is located.

The Cleveland Branch NAACP also weighed in with support for the proposed rule. The organization’s filing with the Federal Energy Regulatory Commission claims that coal and nuclear plants provide economic opportunities for the community and notes that FirstEnergy gives about $25,000 annually to the group.

Previously, the national NAACP and other environmental justice advocates gave FirstEnergy and other companies an “F” for pollution from coal plants having disproportionate impacts on low-income communities where many people of color live.

Coal and nuclear plants have faced stronger competition in the last five years, primarily from natural gas and, to a much smaller extent, from renewables. Ohio utilities fought that competition by asking both regulators and lawmakers to guarantee sales from affiliates’ coal and nuclear plants, and through other subsidies, such as FirstEnergy’s “distribution modernization rider.” Justifications for the requested charges have included appeals to Cold War-era interests in national security, job security and emissions controls.

Themes of reliability and resiliency factored into various comments supporting the rule, such as those from Murray Energy and FirstEnergy. Among other things, supporters claim that so-called baseload plants with on-site fuel storage that would be less prone to service interruptions and price volatility.

However, critics have noted, on-site fuel is no guarantee of reliability. “Coal plants totaling capacity of 13,700 MW were among the plants that failed to operate because of inadequate protection of key components from freezing temperatures” during a cold weather period in January 2014, the Union of Concerned Scientists noted in its filing with FERC.

The distribution system also plays a big role in both reliability and resiliency. “Resilience should not focus solely on generation outages,” said Melissa McHenry of American Electric Power, which favors the traditional regulated cost-based model for electricity. “Investments, such as in transmission, may be a more cost-effective solution to addressing resilience issues than deferring generation unit retirements,” she continued.

In general, weather is the most common cause of electricity outages in the United States and in Ohio. And many of those outages have been tied to the distribution system, rather than the type of generation source — even when coal and nuclear plants played a larger role in the generation mix.

Five years ago, for example, Superstorm Sandy caused 8.5 million customers to lose electricity. More than a quarter million of those customers were in Ohio, and some outages lasted up to a week.

Because of climate change, various types of extreme weather events will become more frequent or more intense in the future, and that could lead to yet more outages.

Moreover, some of the plants that would be protected by the DOE proposal are more than 40 years old. “There is a real risk that implementation of DOE’s proposal would lead to a less reliable and resilient grid,” noted a joint filing by environmental groups, including Earthjustice, the Natural Resources Defense Council, the Sierra Club, Environmental Law & Policy Center and other organizations. “Ironically, DOE’s proposal works counter to its own leadership in innovative initiatives to improve grid resiliency,” the filing added.

“Indeed,” agreed the filing by Environmental Entrepreneurs, “the proposal could weaken reliability by preserving older and less-flexible resources in markets to the exclusion of newer, more flexible, and cheaper resources, such as energy storage, demand response, renewables, distributed energy resources, and microgrids.”