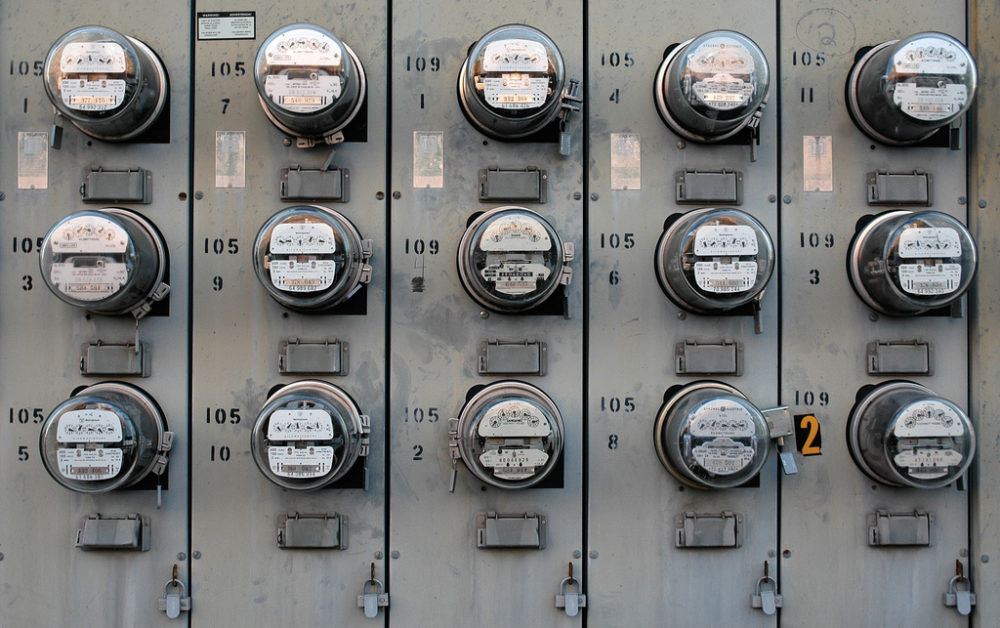 New rules recently issued by the Illinois Commerce Commission aim to rein in alternative retail electric suppliers that have allegedly over-charged scores of customers with deceptive marketing and variable rates.

While groups representing the alternative supplier industry support the rules as adopted, several key provisions proposed by the commerce commission in June were removed after a legislative review process where the organizations weighed in.

Clean energy advocates have flagged the removal of a requirement meant to ensure that people paying for clean energy were getting meaningful Renewable Energy Credits. Customer advocates also were disappointed that the commission removed requirements related to third-party verification of deals, and one ordering telephone calls be made before suppliers automatically renewed contracts.

The industry groups argued that regulators do not have the statutory authority to enforce such measures.

The final rules require better disclosure to customers, including about fixed versus variable rates, changes in rates and clean energy offerings. The rules also require all marketing calls be recorded, and prohibit alternative suppliers from using utilities’ logos and names in their marketing.

Advocates, the Illinois Attorney General and alternative supplier industry representatives all call the rules an important step in curbing unscrupulous operators. Advocates and the Attorney General also hope to see more regulations in the future over a sector where some companies are known to target lower-income and minority customers with confusing offers that can mean they pay hundreds of dollars more per year.

The commission reports that over the last three years, residential and small commercial customers of alternative suppliers have paid almost $400 million more than they would have paid with the utilities ComEd and Ameren.

“We want to see the market work for consumers but right now it’s not,” said Dave Kolata, executive director of the Citizens Utility Board. “We hope it’s a major focus of legislative efforts next year. We supported the [commerce commission] rule, we thought it was a step forward, we were encouraged by it, though we were disappointed it was watered down” through the review process in the state legislature.

Bryan Lee, spokesman for the Retail Energy Supply Association, said the industry group supported 39 new provisions in the final rule, and pushed back against five proposed provisions it thought were burdensome and outside regulators’ purview.

“RESA took the position throughout the Commission’s rule-making that the best solution to bad actors is to enforce the existing rules and target suppliers who don’t follow the existing rules, rather than to add new rules that it is unlikely that bad actors would bother to follow either,” he said.

“I believe the problem exists among a handful of suppliers that have engaged in either deceptive marketing behavior or aren’t following the rules for whatever reason that have cast a black eye on the entire industry,” added Kevin Wright, president of the Illinois Competitive Energy Association. He called the new rules “a good compromise,” but said, “the real issue is enforcement of rules that are on the books as opposed to creating more rules.”

Alternative suppliers have been allowed to compete with regulated utilities to deliver electricity since the state’s energy deregulation. Many large industrial customers get their energy from alternative suppliers, and they are typically able to negotiate beneficial deals that meet their needs.

Almost 1.9 million residential customers statewide also currently buy electricity through 98 different alternative suppliers, according to the commerce commission. About half of those customers are signed up with alternative suppliers through municipal aggregation, wherein a municipality decides where to buy power for its residents.

That means hundreds of thousands of residential customers have signed up with alternative suppliers on their own, often after being approached by door-to-door salesmen, receiving mailings or getting telemarketing phone calls.

Customers with alternative suppliers still get their bills from the regulated utility and pay the utility for distribution costs, while the utility passes on their payment for generation to the alternative supplier. Rob Kelter, senior attorney at the Environmental Law & Policy Center and a former counsel to CUB, said the utilities could help customers avoid bad deals by being more transparent about their own prices.

“Nothing on your ComEd bill gives you the price to compare to offers you’re getting from marketers — that troubles me as much as anything,” said Kelter. “My guess is less than one percent of customers can tell you off the top of their head what they’re paying for generation right now. There is no clear price to beat.”

Thomas Doyle, an elementary school teacher who lives in Chicago’s River West neighborhood, signed up with the provider First Energy because of a promise of 25,000 free frequent flier miles, he said. Doyle and his wife were confused when they saw their energy bills start to climb, but figured maybe it was their heavy use of air conditioning since they had a new baby. Their bill – from ComEd – compared their energy use to their neighbors, and they were twice as high as the average.

“We were like, what are we doing wrong?” said Doyle, 49. “We started turning off the TV and laptops and lights, trying to do whatever we could.”

Eventually Doyle figured out that First Energy was charging them 14 cents per kilowatt hour whereas ComEd’s price was 5 cents, he said. When he called First Energy to complain, they eventually offered him a $500 refund, and he switched back to ComEd. He estimates that over about two years, his family overpaid by about $1,500.

“I feel like they swindled us,” he said. “Is that legal? How can they sleep at night?”

Doyle noted that months after signing up with First Energy, he forgot about the fact he was with an alternative supplier.

“One of our major concerns is that people do not fully understand what (alternative suppliers) are and what ‘service’ they provide,” said Eileen Boyce, a spokesperson for the Illinois Attorney General. “They are often confused that these entities are not the utility company. We have seen instances where customers do not realize that they will be put into a variable rate, which is often much higher than the utility rate, resulting in people paying much more for the exact same service that the utility provides.”

This year the Attorney General filed lawsuits against alternative suppliers Sperian Energy and PALMCo Power. The Attorney General alleges that since 2012, Sperian has charged customers $12 million more than they would have paid with utilities, in part through variable rates that the company sought to “bury” in its telemarketing pitches. The office alleges PALMCo also used variable rates that ended up being 300 percent higher than what customers would have paid with utilities.

The new rules are meant to curb deceptive or confusing marketing since they mandate clear disclosure of variable rates and changes in rates. And the requirement to record marketing-related phone calls, both outgoing and incoming, should give regulators more power to monitor companies’ behavior and crack down on violations. The new rules also put new requirements on in-person alternative supplier sales.

Like predatory mortgage brokers or consumer lenders, some alternative suppliers are known to aggressively market in lower-income neighborhoods with often disproportionately minority populations.

“There’s quite a bit of evidence that certain demographics are targeted,” said Kolata. “Folks (for whom) English is not their first language, senior citizens, certain companies seem to target lower-income areas and public housing.”

Advocates have raised particular concerns that many recipients of federal LIHEAP (Low-income Home Energy Assistance Program) subsidies sign up with alternative suppliers, meaning when they over-pay there are fewer subsidy dollars left for other needy customers.

In 2016, New York’s Public Service Commission imposed a moratorium on alternative suppliers enrolling customers receiving LIHEAP aid. Previously the commission had ordered alternative suppliers to come up with products that guaranteed cost savings for low-income customers. But the moratorium was necessary in the face of the suppliers’ “resistance and rejection of all efforts to protect the State’s most economically vulnerable energy consumers,” according to the commission’s 2016 motion.

“There’s a very competitive procurement process, customers already benefit from competition without having to choose a specific supplier,” said Kelter. “Competition should be about offering customers a lower price for their electricity and not a marketing game.”

Wright acknowledged that it can be hard for alternative suppliers to compete with utilities on price, but he said they still play an important role. “The market paradigm has really changed from supply price only to what has evolved into supply price plus value-added or premium product that suppliers offer, whether some kind of energy efficiency, or a green product,” he said.

Marketing materials from alternative suppliers often offer customers clean energy. They typically do this through power purchase agreements and also by buying Renewable Energy Credits (RECs) on the market. The proposed rules filed by the commerce commission on June 1 called for a two-year vintage on RECs, meaning the renewable energy was generated relatively recently.

Those rules were removed after review by the legislative committee, with industry representatives saying state regulators lacked the statutory authority to enforce such a provision.

“The Commission does not have the authority to restrict the vintage of RECs purchased to support a supplier’s voluntary green product offering,” said Lee. “Beyond the statutory problem, the underlying assumption that a two-year-old REC has value, but a two-year, one-day-old REC does not have value, did not make sense.”

Kelter countered that, “There are currently RECs on the market older than two years, the competitive suppliers can often pay low prices for those RECs because they’re of diminished value.”

“Clearly RECs that encourage new development and are from projects that are in-state provide more value than older-vintage RECs that might be left over from wind farms in Texas that were built a long time ago,” added Kolata.

Despite the many “horror stories” he’s heard about alternative suppliers, Kolata thinks they could play a role in promoting clean energy and energy efficiency. But he said stronger regulations and enforcement are needed to curb bad actors and open a space for better options.

“Down the line you can envision some potential business models that could be in consumers’ interest, using data, coupling it with smart thermostats,” he said “We are increasingly frustrated that we’re not seeing that type of competition even though people talk about the potential for innovation…If we’re going to have competition that works for consumers, they need to add value. That’s not happening. The bad actors are dominating the market.”