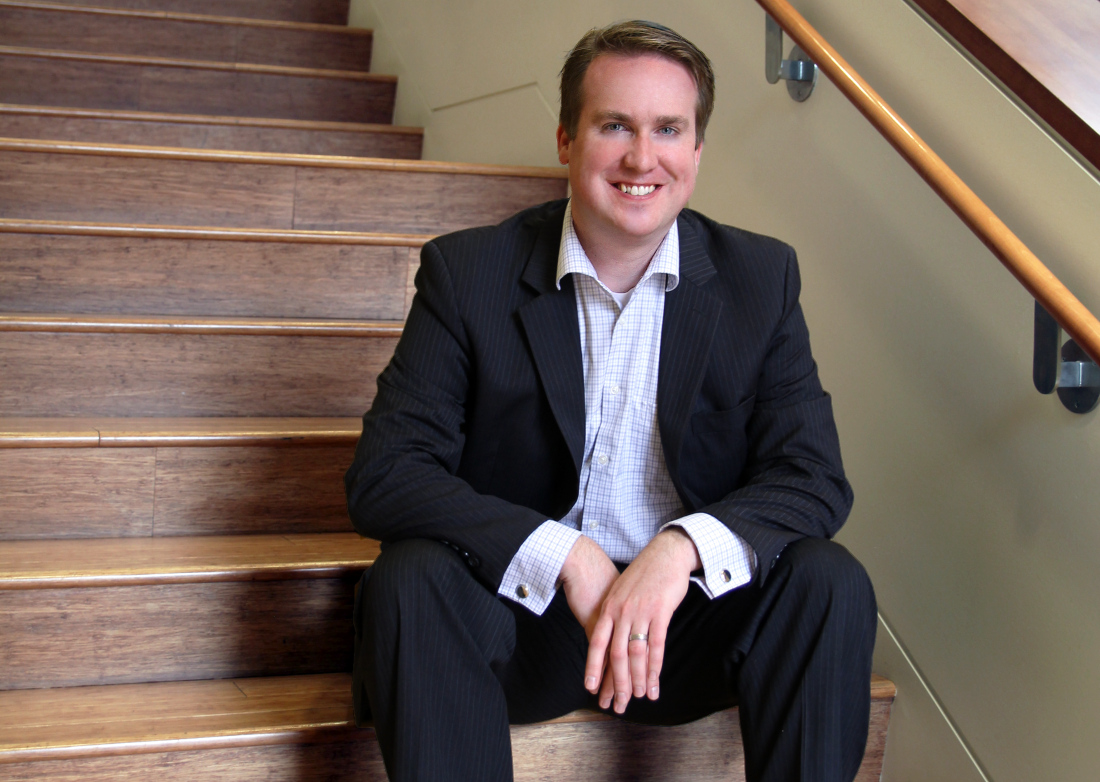 Dan Ludois spent many hours of his youth daydreaming, but not about the usual stuff. His fantasies focused on electricity and power conversion.

That daydreaming has paid off. The assistant professor of computer and electrical engineering at the University of Wisconsin-Madison recently was named a 2017 Moore Inventor Fellow. This is the second year that the Gordon and Betty Moore Foundation has selected five inventors to honor and to support with grant money.

“Our foundation provides these early-career researchers with time and freedom to develop ideas that will make a positive difference,” Robert Kirshner, chief program officer for science at the Gordon and Betty Moore Foundation said in a press release. “Nurturing these scientist-inventors within universities and providing them a glimpse of the outside world will help their ideas have a real impact.”

The foundation will give Ludois $825,000 over the next three years to prove the utility of his electrostatic motor – an technology first developed in the 1700s by Benjamin Franklin that essentially uses static electricity to create motion — as opposed to the magnets that power most motors used today.

Ludois, who a year ago was named to the Midwest Energy News 40 Under 40 list of regional leaders, co-founded a spin-off company with business partner Justin Reed. The company, C-Motive Technologies, is also involved in creating a marketable electrostatic motor.

Midwest Energy News got in touch with Ludois to better understand how he moved from a vision to an actual machine with the potential to transform much of the world’s economy.

Midwest Energy News: You received this grant largely because of an electrostatic motor you’ve devised. But since electrostatic motors have been around for about 250 years, can you explain what makes this a significant advance over the status quo?

Ludois: The thing about electrostatic motors is they’ve never been powerful, or useful. They didn’t make torque that could do useful work like drive a belt or turn a fan. They were inherently high voltage. They just barely turned themselves over.

But we’re starting to squeeze every last drop out of it. I thought, “If I want to do a transformative change in how we turn electricity into motion or motion into electricity, I need to change the materials we use.”

Now we have the materials, supplies, tools and all the stuff to make it work…..I returned to the machine that was started centuries ago. And I said to myself, “Why did it fail? How can I mitigate its weak points?” And so my innovations have centered around that.

What has changed to create new potential for this very old machine called the electrostatic motor?

We’re pursuing all these applications now, like drones and electric aircraft, where they want the electric motor to not weigh anything. So I thought to myself, the reason electric motors are heavy is that they are made out of heavy stuff – steel, copper and rare-earth magnets. All those things are heavy.

I said, ‘If can get the same torque and speed out of a motor but make it out of something lightweight like aluminum and plastic, it would work.’ The problem is they’re not good magnetic materials, so you can’t use magnetism anymore. That’s what got me thinking about electrostatic motors. I can make a motor with a plastic case that, instead of copper windings, would have aluminum surfaces inside. And then there is the dielectric liquid, a secret sauce, that would also go inside of it. We combine those with modern power electronics and controls and have something potentially competitive.

You’ve indicated that electrostatic technology could be ideal for wind turbines. Why is that?

Electromagnetic generators like to spin – quickly. Whereas wind turbine blades, to make power efficiently, they spin very slowly. So there’s this mismatch. The blades are attached to a generator through a gearbox. Like the gear shift in a car, it matches the speed of the wheels to the speed of the engine.

But my machine is able to spin slowly and be efficient and still be really lightweight. Theoretically, with a machine like mine, you could get rid of the gearbox and that would make it lower-cost and more efficient. One of the main sources of failure (in wind turbines) is that gearbox. The same thing is true in drones.

So where do you think this new technology could prove useful?

The large fan market, whether it’s wind turbines or drones or aircraft propellers or industrial fans. I think that’s first place I’m projecting this can be a contributor.

Where are you with the development of an actual motor you could put on the market?

Right now, we have some proof-of-concept prototypes. This award will allow me to make one of the first truly competitive demonstrable prototypes – and be something that people can say, “Hey, I want to use that.”

I have a small startup that works on practical aspects….how to design this to be manufacturable, how to get seals that will last a long time. …things the university isn’t set up to do, but that are still required. It’s been a partnership in that regard. I am doing the fundamental physics and engineering, and they’re doing the applied engineering work that will be necessary to make it reliable and useful.

If you do succeed in making this technology marketable, what sort of potential do you foresee for it?