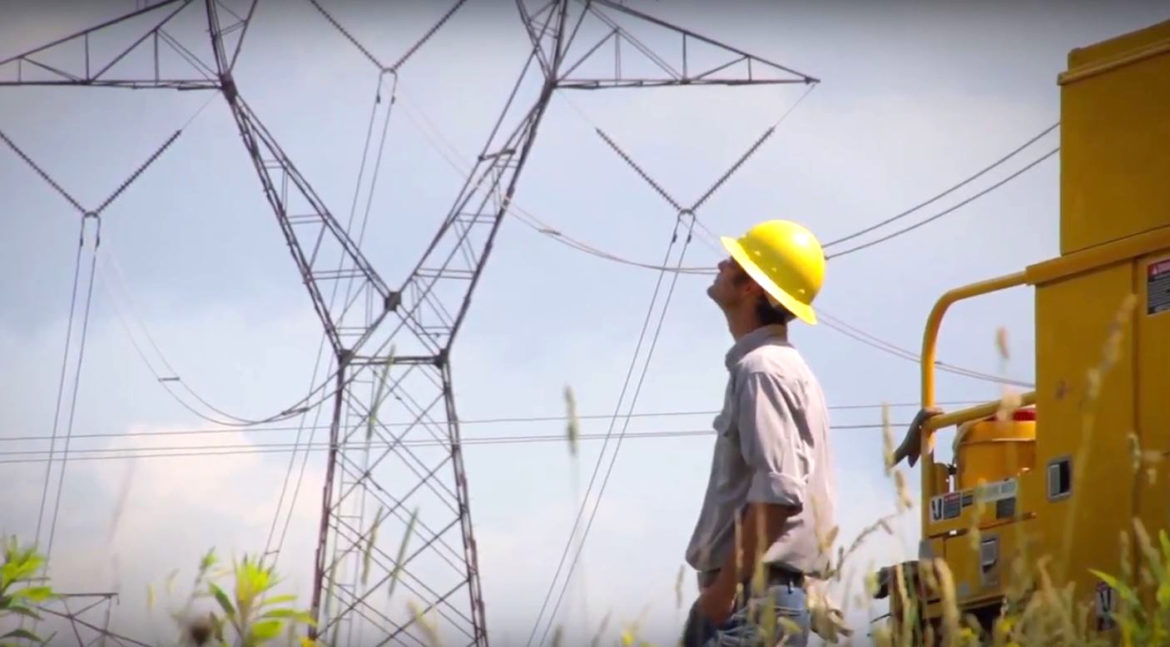 A worker is featured in this screen capture from a Rappahannock Electric Cooperative video explaining a proposed rate increase.

As part of a settlement with the Sierra Club, a Virginia electric cooperative is taking steps to better inform its members of proposed rate increases.

After 25 years with no general rate increase, the Rappahannock Electric Cooperative alarmed some ratepayers last summer not only over its plans to increase monthly access fees for residences and small businesses, which advocates say can impact low-income ratepayers and discourage efficiency and solar investments. The co-op serves over 165,000 customers across 22 counties in northeastern Virginia.

In a video that was posted in June on Rappahannock’s web site, CEO Kent Farmer explains that while the costs of purchasing wholesale power are declining, the costs of maintaining the ability to deliver it reliably and certain other costs are rising; that is what its proposed increase will help cover.

The settlement was reached shortly before these and other issues were to be heard Oct. 31 by Virginia’s State Corporation Commission. Its three commissioners are expected to approve the settlement in the coming weeks.

For Seth Heald, an attorney and a vocal critic who has lived in Rappahannock’s territory for nine years and who chairs Sierra Club’s Virginia Chapter, the bigger issue was how the increases ignored the impacts they would have while challenging REC’s commitment to transparency in how it communicates management’s decisions.

In the July issue of its member magazine, Cooperative Living, Rappahannock announced it had formally filed for an increase, but didn’t say how much the increase would be until the August issue. By then, it was effectively too late, Heald said, for member-owners to formally participate in the rate case at the SCC, which would have given their comments added weight.

Knowing that few ratepayers, without prior knowledge, take the time to research potential rate increases on their own via utilities’ or regulators’ web sites, some utilities include information about rate increases in billing notices both mailed and sent via email. Rappahannock has yet to adopt this step.

“(Rappahannock’s) insular, secretive board (of directors) culture is a major part of the problem,” said Heald. “It shuts out dissenting views and allows management to control a pliable board.”

Soon after Rappahannock filed for the increases and the Sierra Club launched its opposition, the American Association of Retired Persons, Consumers Union, the National Law Center and the National Association for the Advancement of Colored People joined in.

The co-op’s manager of external affairs, Matthew Faulconer, said Heald’s accusations reflect “someone not being aware of the proposed rate change.”

Faulconer said “less than one-quarter of net metering customers (with solar systems) expressed concerns” about the proposed increases. In addition, “no one raised a question or concern” at the utility’s annual membership meeting in August. The extent of comments beyond those by Heald, Faulconer said, amounted to “approximately 100 form letter emails generated through a social media campaign.”

Faulconer said that as part of the proposed settlement negotiations, which are otherwise confidential, Rappahannock “agreed to work with the Sierra Club to implement specific methods and procedures to provide co-op members advance notice and an opportunity to provide in-person and written comments to (Rappahannock’s) board before access charges can be increased in the future.”

In the days before last month’s proposed settlement, Rappahannock created a new position and promoted an employee to become its director of member services and community relations.

Dori Jaffe, an attorney for the Sierra Club, said that aspect of the proposed settlement is important because the co-op’s Board of Directors could, starting in 2020, “unilaterally make adjustments to its fixed monthly rates to collect any or all fixed costs of owning/operating its electric distribution system without Commission approval. This is a provision we would not have been able to secure if we went to hearing.”

Regarding how transparent Rappahannock has been in communicating about the proposed increase, Faulconer said it “is committed to constant improvement.

“Are there things that could have been done differently? Certainly, but that doesn’t mean anything was done wrong.”