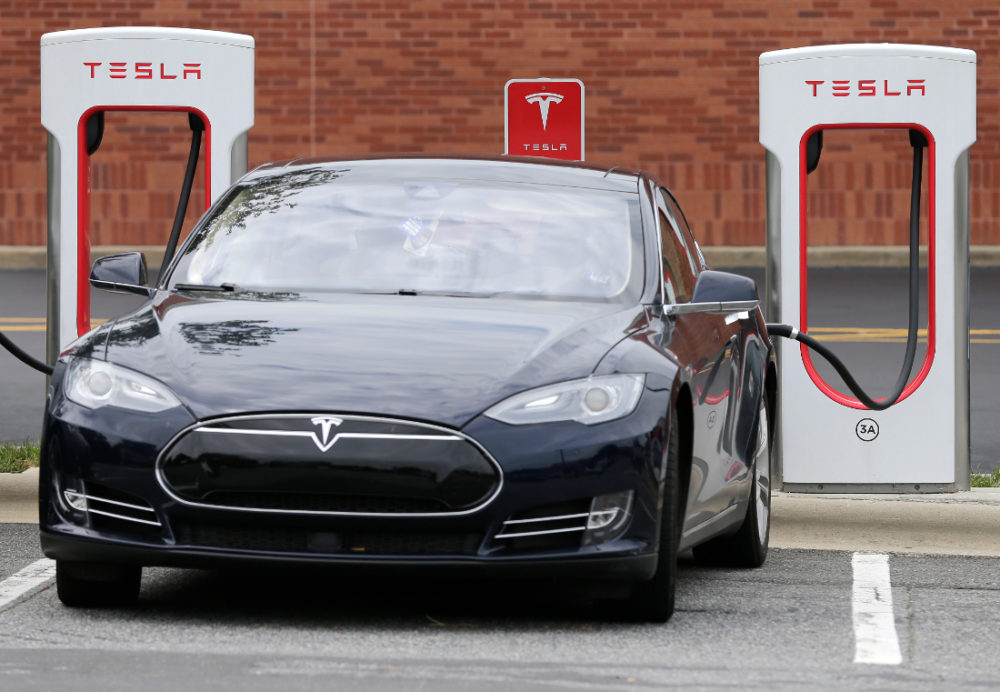 In announcing the move, Cooper invited public comments until December 31 on the best use of the funds – some of which can be spent on electric car charging stations.

“We want to hear from the public how we can best invest these funds to improve North Carolina,” the governor said in a press release, which made no mention of his dispute with the state legislature over who has final control of the VW money.

With a key deadline two weeks away, North Carolina Gov. Roy Cooper still has not designated a state agency to accept Volkswagen settlement funds – a crucial step toward deploying $92 million to clean up heavy-duty vehicles and build out electric car charging infrastructure in the state.

“I’m concerned that we’ve known about this for quite some time,” said Rep. John Szoka (R-Cumberland), “and we’re running out of time.”

Through a deal reached last year with the federal government and consumers, the carmaker is atoning with three pots of money. First, it’s spending $10 billion toward buying back faulty vehicles. Second, through its wholly-owned subsidiary, Electrify America, it’s investing $2 billion in zero-emission vehicles and charging stations.

Finally, VW must disburse a total of $2.7 billion to states to build EV-charging infrastructure and convert transit buses, school buses, and other heavy-duty diesel fleets to cleaner technologies.

North Carolina’s consumers are already beginning to sell their 18,000 polluting vehicles back to their maker. VW announced this spring the Raleigh area would benefit from its private investment in charging stations.

But for North Carolina to get its share of the last batch of funds, the governor must designate an agency that will administer the money by December 1.

“If you miss [the deadline], you’re not getting anything,” said Rick Sapienza with the North Carolina Clean Energy Technology Center. But he quickly added, “I have faith that these guys are not going to leave $92 million on the table.”

Sapienza was among ten electric vehicle boosters to recently urge the governor to use 15 percent of the state’s allotment on charging infrastructure – the maximum amount allowed under the settlement.

The funding, said a letter endorsed by a coalition of nonprofits, government agencies, and businesses, “comes at a pivotal time when advanced EV models have reached technological maturity but have not yet achieved widespread deployment.”

The key to widespread deployment, say these experts, is an abundance of charging stations – which consumers need for their plug-in vehicles just as they need gas stations for their conventional cars.

Today, North Carolina is home to over 400 charging stations, compared to over 7,400 registered electric vehicles. That ratio, says Sapienza, “is the biggest obstacle right now to light-duty EV adoption.”

“Filling up” an electric car takes far longer than fueling a gas-powered one, so the location and speed of charging stations matter. Fast-charging stations make the most sense on the highways – while slower, “Level 2” chargers can work in homes and workplaces.

The quicker the charge, the more expensive the station. But if North Carolina maximized funds available for charging infrastructure and spent mostly on Level 2 stations, it could see over 1,000 new charge points in the next ten years.

At a recent meeting of a joint committee on energy policy – chaired by Rep. Szoka and Sen. Paul Newton (R-Cabarrus) – speaker after speaker, from rural electric cooperatives to Tesla, stressed the need for charging infrastructure to accommodate a mode of transportation that’s here to stay.

Like Duke, Dominion Energy, the Virginia-based utility that covers a small corner of North Carolina, sees charging stations as a chance to grow sales and even out electricity demand.

A Dominion representative was proud to tell the committee that Virginia began taking input on use of settlement funds a year ago – and was already taking bids for spending the maximum on charging infrastructure.

The difference between North Carolina and its neighbor to the north further stoked Szoka’s frustration. “In Virginia, they’ve already put out RFPs,” Szoka said after the meeting. “I don’t understand what the hold-up is [for us].”

The governor’s office didn’t respond to inquiries about his plans – or about how his dispute with the legislature over control of the funds might factor into them.

Last summer the GOP-led General Assembly threatened to put parameters around the use of VW funds by Cooper’s Democratic administration. Ultimately, lawmakers adopted language that requires a handful of budget writers to sign off on the VW spending plan, and stipulates that no money be disbursed until the settlement funds are approved as part of the state’s annual budget.

Cooper filed a legal complaint over that provision in August, saying it usurped his authority; the complaint is still pending.

But the state’s Division of Air Quality – the branch of the Cooper-appointed Department of Environmental Quality – may have inadvertently fanned the flames of the power struggle last week.

Division chief Mike Abraczinskas told the joint energy policy committee the national settlement could reimburse vendors such as electric-vehicle manufactures – a transaction that would bypass the state treasury.

“The trustee recently allowed an option to directly refund a vendor, and that may be more efficient,” Abraczinskas said, delicately.

That raised at least one eyebrow. “I’m questioning the ability to spend money without an appropriation from the General Assembly,” said Rep. Dean Arp (R-Union), agitated. “How are you getting around what was passed in the budget provision?”

Experts say none of this back and forth should affect the first step in the process of claiming the funds – a ball that still rests in the governor’s court. And Abraczinskas told the comittee he expects the Division of Air Quality to be the lead agency – and that his team is readying its plans to solicit input.

And while some lawmakers questioned a potential end-run around them – none voiced objection to aggressive spending on charging stations.

Still, Szoka says, first things first. “We’re in the middle of a 60-day time window [and] we don’t have a lead agency designated.”