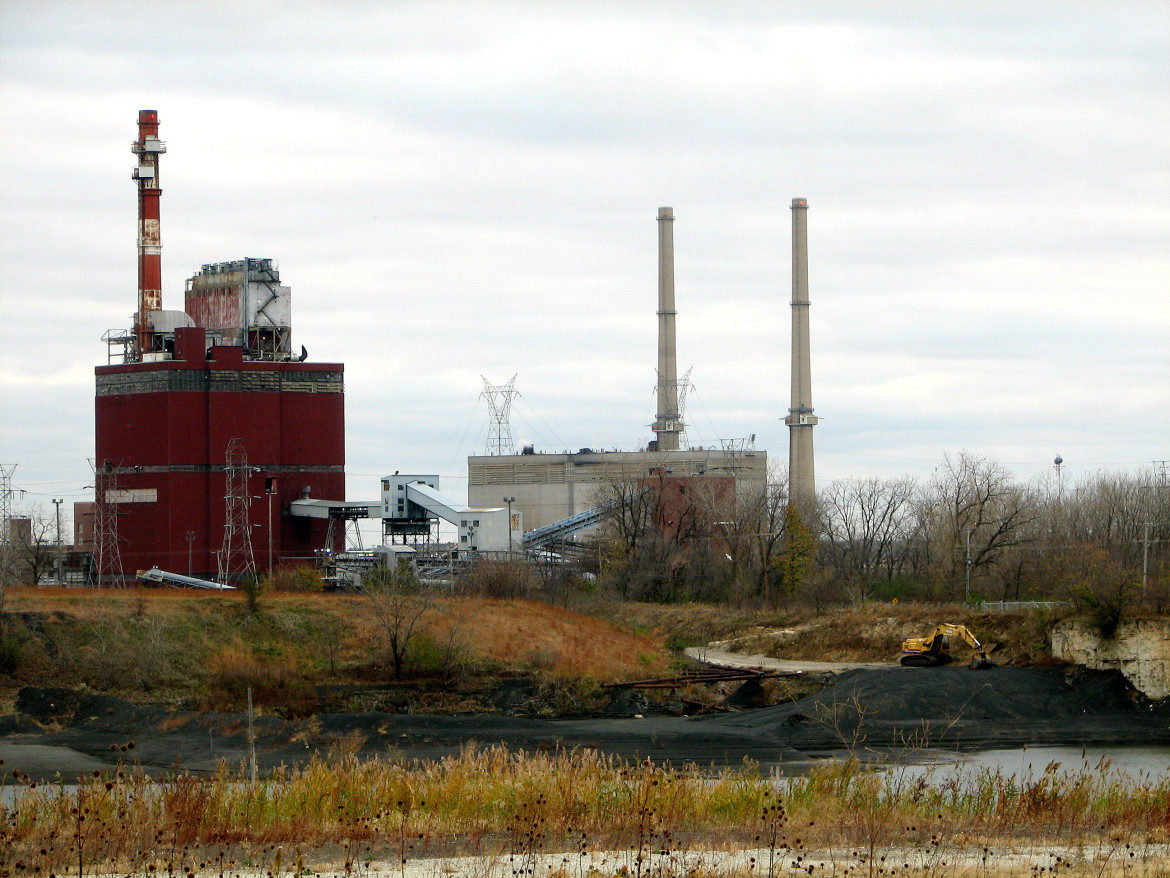 After five years of deliberation over the storage of coal ash at Illinois power plants, advocates say water pollution threats remain and are seeking stronger remedies.

For decades, coal ash produced at coal-fired power plants in Northern Illinois was stored on the plants’ grounds, in ponds, pits and other areas, and was used as structural fill.

Environmental watchdogs have long feared the coal ash could be contaminating groundwater and nearby water bodies, including Lake Michigan. Groundwater testing starting in 2010 showed evidence of such contamination, according to the Illinois Environmental Protection Agency, which issued violations. The owner of the plants at the time, Midwest Generation, entered an agreement with the state government and took steps to remedy the problem.

In the latest chapter in the years-long battle over this coal ash, the Illinois Pollution Control Board is considering a demand from environmental groups that the current owner of the sites, NRG, stop putting coal ash in the repositories, remove much of the existing coal ash — including at sites recently found outside the locations in the original agreement — and take other remediation and containment measures.

The pollution control board has an open docket related to the complaint, which environmental groups filed in 2012 and updated in 2014 with new information about coal ash outside the originally-cited repositories. Testimony was heard over several days in late October, and will continue in January.

The pollution control board will rule on whether contamination found in groundwater near the Will County, Waukegan, Powerton and Joliet coal plants has come from coal ash, and whether NRG should be held liable for it. NRG bought these four coal plants along with two Chicago coal plants that had already closed from Midwest Generation in 2014, after the company went into bankruptcy.

Once liability is determined, state regulators will decide on remedies.

“It’s concerning that there’s this legacy of historic coal ash at these four sites that aren’t being addressed by the company, and this also may be a bellwether for the rest of the state,” said Lindsay Dubin, staff attorney for the Environmental Law & Policy Center, one of the groups that brought the case. “That’s not how coal ash should be treated. It’s a matter of public health and environmental safety, we can’t leave these things unaddressed.”

During testimony in October, experts for Midwest Generation — now a subsidiary of NRG — testified that groundwater monitoring has not shown contamination from coal ash, and that sampling of the historic ash-containing areas did not show contaminants likely to leach into groundwater.

“The evidence will show Midwest Gen did not cause and allow a discharge from the permitted ponds. Now, looking to the historic areas, again, Midwest Gen didn’t place the old ash at those facilities and you’ll hear that testimony,” Nijman said in opening remarks. “That it was there long before 1999. Our expert will explain the ash testing in three of the historic ash areas showing that it was not — is not — leaching coal ash constituents.”

“These agreements, which affect only the plant sites, ensure the proper management of the land such that there are no environmental impacts on the surrounding areas,” Gaier said. “No sources of drinking water are affected. All coal ash impoundments at these plants are lined, and were lined long before a requirement to do that was established. We operate these impoundments in strict compliance with all applicable permits.”

Shortly before Midwest Generation’s remediation plan with the state was finalized, the environmental groups filed their complaint. In 2014 they added new information and demands to the complaint, after evidence of more widespread coal ash was found.

The complaint alleges that unlined ponds and other repositories with decades-old liners that could have cracked and eroded are allowing coal ash to mix with the water table. Groundwater can get into unlined pits or pits with compromised liners from the bottom and sides. Meanwhile during heavy rains or flooding, water can also enter the top, flowing in to open pits and percolating through grass and dirt in a capped landfill.

If contamination from coal ash mixes with the groundwater, it can make its way into nearby bodies of surface water like rivers and lakes. The Waukegan coal plant sits on the shore of Lake Michigan about 50 miles north of Chicago. The Joliet and Will County plants are near the Des Plaines River.

“Many of these pollutants are toxic and have been found at concentrations that present a human health risk,” says the environmental groups’ complaint. “Others are dangerous to aquatic ecosystems; this is a significant concern to the extent that contaminated groundwater is migrating into adjacent surface water bodies.”

Drinking water is not being drawn from wells in the vicinity of the coal ash deposits. But Abel Russ, an attorney with the Washington D.C.-based Environmental Integrity Project, said that on principle groundwater should be protected and kept clean enough to be potentially available for drinking. The environmental advocates want the groundwater to not only meet government standards, but reflect background conditions before any contamination would have occurred.

“Groundwater is becoming an increasingly scarce resource,” said Russ, noting that he has studied and litigated coal ash contamination cases around the country, and the Illinois situation is one of the worst he’s seen. “It’s something people have taken for granted for a long time, but that’s not wise to do.”

Especially given the precarious finances and closings of many coal plants across the country, environmental advocates say it is important to remove coal ash from questionable storage sites and sequester it in fully-contained landfills far from the water table. Advocates are worried that if the Northern Illinois coal plants close and change ownership in the future, the coal ash might be left in place causing a risk for years into the future, with no company clearly responsible for it.

If the pollution control board decides NRG is liable for some or all of the coal ash in question, the environmental groups say there are multiple ways it could be dealt with.

“We definitely think they should close the ash ponds and remove the ash,” said Russ, one of the attorneys on the case. “These aren’t very large ponds except for one at Powerton, it wouldn’t be a large project. The bigger problem logistically is removing the ash scattered around the sites outside the ponds.”

Where the coal ash is used as structural fill, he noted, removing it “could affect the way buildings are sitting on ground,” and cause a bigger challenge. “At some point at some of these sites we would have to agree to something less than 100 percent removal,” he said.

But at the Joliet, Waukegan and Will County plants, he said, “it would be relatively easy to get all the ash out of there and put it in a lined landfill.”

During the hearing, Nijman of Midwest Generation also noted that the company has to comply with a 2015 federal rule on coal ash storage that was hashed out during years of contentious negotiations.

“Midwest Gen is well underway in complying with those rules and that means that some of their active ponds still in use at the station are going to change to comply with the rules, some may close, some may be rebuilt, there is going to be a lot of activity relating to the  federal rules,” Nijman said, according to transcripts from the hearing.

Looking to the future

Julio Guzman grew up and lives in Waukegan not far from the coal plants. He’s been active in the campaign trying to get NRG and city officials to commit to a “just transition” plan for economic development and remediation if the coal plant closes, as many expect it will in coming years.

NRG has said it has no plans to close the plant, and it has invested more than $100 million in back-end technology to meet Illinois pollution standards and greatly reduce emissions, Gaier said.

“You have feelings of despair,” said Guzman. “Going up against a company like NRG, we don’t always expect the best from these rulings.”

He thinks NRG should be prevented from storing coal ash in repositories where it comes in contact with water. And he notes that further requirements on how the company deals with coal ash could increase the costs of doing business and make it more likely the plant will close — an outcome that many residents both hope for and fear.

“Once you internalize the economic impact of being a coal company [including by dealing differently with coal ash], maybe it’s not viable anymore,” Guzman said. “They feel it’s lucrative to keep holding on to coal as long as they can make quick short-term profits.”