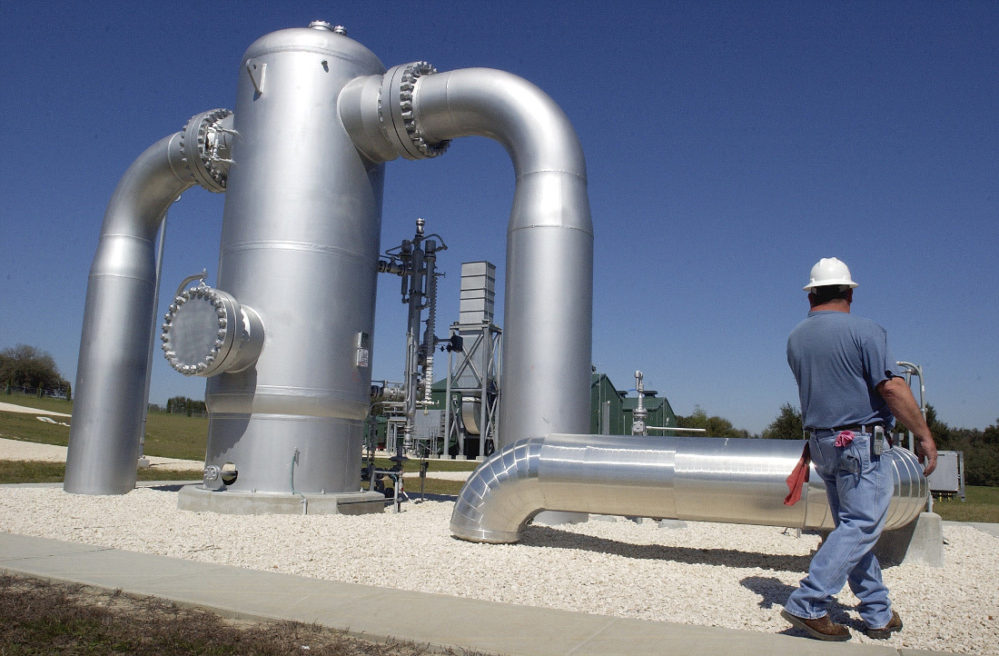 Florida law requires utilities to keep electric bills low and to expand clean energy use. Yet Florida’s heavy reliance on natural gas has exposed ratepayers to economic risk and market volatility, according to advocates.

Hedging that risk – essentially betting that long-term contract prices will be cheaper than spot prices in the future — has cost Floridians at least $6.9 billion since 2006, according to analysis by the Sierra Club. The group also notes that investing that money in efficiency or renewables instead would have essentially paid for itself in avoided fuel costs.

Currently, Florida utilities have agreed to a moratorium on new hedging (ending between 2018 and 2021, depending on the utility), but the Public Service Commission may soon reauthorize hedging using a more “risk responsive” model, and contracts previously purchased are still in effect.

Hedging — contracts for gas to be delivered at a fixed price at a specified future date — is a common strategy among utilities, says Bente Villadsen of The Brattle Group in Cambridge, Massachusetts, though it varies from state to state.

“A typical amount will be 40-50% [of total gas consumption] for the coming year,” she says, “and maybe 10-20% for the following year. The utilities then add to their hedges with each new month.”

Villadsen says that although consumers have lost money in recent years as fuel prices have dropped, they would have gained money from hedging by utilities between 2005-2009 in many cases when prices suffered big spikes.

From 2002-2017, Florida utilities were entering financial hedges for roughly 60% of their annual gas consumption. Hedging losses occur when the market price on the date of delivery for that gas ends below the contracted price. This was the case for almost every financial hedge entered from 2008-2016. Natural gas prices are prone to multiyear price cycles, strongly seasonal, and subject to price spikes, according to a report by IHS Energy.

A growing reliance on natural gas

Since 1990, Florida utilities have quintupled their investment in natural gas generating capacity from 8,613 to 45,487 megawatts, according to direct testimony before the Public Service Commission by Massachusetts-based economist Elizabeth A. Stanton.

Stanton, speaking on behalf of the Sierra Club, notes that in 2016 Florida relied on natural gas for 66% of its electricity, compared to a national average of 43%. Florida Power and Light (FPL) relies on gas for 71% of its energy, and Duke Energy Florida plans to increase their gas burning from 57.5% to 74.5% over the next ten years, according to plans released this year.

Hedging, Stanton told the PSC, “insures against the risk of unexpectedly high costs…[but]…creates its own set of risks and passes on additional costs to the ratepayers. In doing so, it may lessen the incentive for the IOUs (investor owned utilities) to take other prudent actions to reduce fuel price exposure.”

While Florida uses more gas and less solar than some other states, its carbon emission rate is lower because it burns less coal

Stanton calculates that ratepayers would have reduced their dependence on natural gas by approximately 8 percent and saved a corresponding $6.6 billion in avoided fuel costs alone had the utilities spent the money they lost on financial hedges on renewables and energy efficiency instead. The ten-year plans released this year by all major Florida utilities project over 8,800 MW of new gas-burning generation by 2026 — compared with about 2,800 MW of new solar.

While Florida uses more gas and less solar than states such as Arizona, North Carolina, New Mexico, Colorado and others, its carbon emission rate is lower than those states because it burns less coal. FPL retired one coal-fired plant (Cedar Bay) in 2016, and plans to retire two others.

The state is currently in compliance with the 2030 statewide target set by the EPA’s Clean Power Plan. In addition, though it ranks tenth in solar energy generation, the cost of its electricity is cheaper than the other nine states. “The national average for 1,000 kilowatts of residential electricity is $132.87,” says Alys Daly, FPL spokesperson, “whereas for Florida, is $99.02.”

Even so, advocates say Florida’s reliance on gas is concerning.

“FPL is one of the biggest utilities in the country, with about 10 million people in its service area,” says Susannah Randolph, senior representative for Sierra Club’s Beyond Coal campaign in Florida, “and though they are expanding solar and beginning to explore battery storage projects, these investments are dwarfed by gas burning.”

While advocates argue that energy efficiency and renewables can be a better investment, one issue is that in spite of state law, plans from utilities lack side-by-side comparisons between adding more renewables, storage, and demand-side resources versus new, planned gas burning generation.

FPL’s proposed $888 million, 1,200 MW natural gas-fired plant—to be built at its Lauderdale site in Dania Beach—was given an exemption by the public service commission from requesting proposals to determine whether this was the most cost-effective alternative.

Thus, no competitive bids were submitted for renewable energy alternatives that might save money.

The Lauderdale plant was last updated almost 25 years ago, and Daly maintains that “the new plant will produce more electricity than the existing power plant while reducing FPL’s overall use of natural gas. An updated plant reduces fuel use by 33%. Since 2001, these investments have saved our customers more than $8.6 billion in fuel costs and prevented 108 million tons of carbon emissions.” (In recent years FPL has built new natural gas plants in Riviera Beach, Cape Canaveral and at Port Everglades.)

Daly also says that the exemption “does not prevent Sierra Club or any party from presenting evidence and arguing in the Commission’s subsequent need determination proceeding that more cost effective alternatives exist or that other renewable generation or conservation alternatives should be considered.”

“We are not a solar (or energy) developer, and those are the entities who would be responding to the RFP, and in the best position to demonstrate the actual cost of alternatives. Skipping the RFP makes that evidence harder to develop, and hence, easier for FPL to slip another unscrutinized gas generation plant into its portfolio.”

Meanwhile, another power plant, Okeechobee, is projected to begin commercial operation in 2019, even though the plant is being contested: the Florida Office of Public Counsel has objected that the Okeechobee Plant is not necessary, nor the least-cost means to meet demand. The plant is now part of a contested settlement that is on appeal before the Florida Supreme Court (Sierra Club v. Brown, No. SC17-82 (Fla. 2017).

Plans are also going ahead for a connecting gas pipeline to the Okeechobee plant. In August, the Sierra Club filed a protest of the proposed construction of the Okeechobee Lateral Project pipeline by Florida Southeast Connection, LLC, FPL’s affiliate.

Across the state, particularly in cities vulnerable to the impacts of climate change, there is increasing pushback against gas by cities and their mayors.

‘In Florida, where we are existentially threatened by sea level rise, it makes no sense to be contributing further to the global problem of carbon pollution’

“One interesting development in Florida,” says Csank, “is the leadership by the cities on climate and clean energy.”

Several mayors have committed to clean energy transitions as sea levels rise—in August, Orlando committed to 100% renewable energy by 2050, as did Miami Beach mayor Philip Levine, who hopes to reduce emissions by 80% in the next three decades.

In addition, this summer South Miami passed a law that was approved by the city commission, requiring anyone building a new house in that city — or in some cases renovating existing ones —to install solar panels. South Miami’s mayor, Philip Stoddard, has filed an amicus brief against FPL’s gas buildout in South Florida.

“In Florida, where we are existentially threatened by sea level rise,” Stoddard told Southeast Energy News, “it makes no sense to be contributing further to the global problem of carbon pollution, especially when we have renewable options for peak generation that appear cost-competitive over the lifetimes of the systems.”

“South Miami’s brief really highlights the tension between FPL’s gas buildout and the local commitment to renewables” says Csank. “The Public Service Commission needs to consider alternative measures that can reduce the need to use financial hedges, like building out solar generation and investing in energy efficiency.”