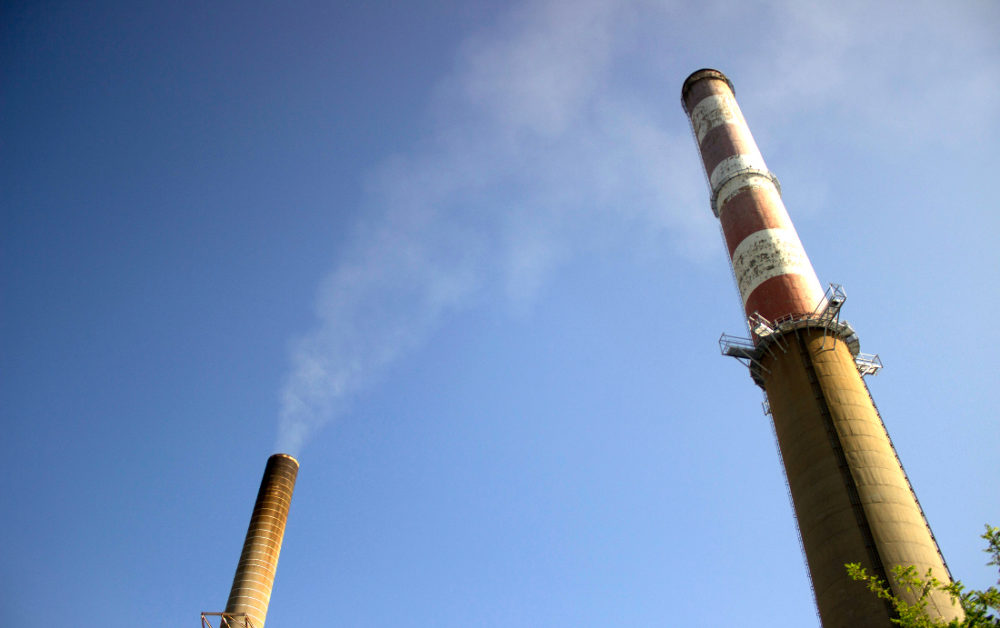 Despite a unanimous vote by a citizen’s air pollution board earlier this month, Virginia faces several hurdles, including possible court and legislative challenges, before it could join a regional carbon emissions trading network.

“The biggest threat,” said Will Cleveland of the Southern Environmental Law Center, is “legislation in the General Assembly attacking or rolling back DEQ’s (Department of Environmental Quality) authority to address carbon pollution or some sort of budgetary maneuver to defund DEQ’s efforts.”

The DEQ is the agency coordinating Virginia’s bid to link up with the Regional Greenhouse Gas Initiative, or RGGI, by early 2019.

State Sen. Frank Wagner, who chairs the committee that presides over energy legislation in that chamber, has promised to bring in “all of the key players” with a “barrage of questions about the legality” of Gov. Terry McAuliffe’s executive directive to link up with RGGI as a state-based replacement for the Clean Power Plan.

Now that voters have chosen current Lt. Gov. Ralph Northam, a Democrat, to succeed McAuliffe, and the margin separating the number of Democrats from Republicans in the House of Delegates looks to have narrowed significantly, some experts doubt any opposing measure will halt the move to join RGGI. But lawmakers could still delay or complicate steps needed to begin trading emissions allowances.

The immediate next step is for the Department of Natural Resources to assess, by early January, the plan’s financial impact on the state’s economy, according to Michael Dowd, Director of the Air and Renewable Energy Divisions at the DEQ. Soon after that, the formal RGGI plan is to be published in the Virginia Register. That starts a 60-day period during which all interested parties may comment.

It is during that 60-day period when the two large investor-owned utilities in Virginia – Dominion Energy and Appalachian Power – are expected to submit comments.

“We already are a low-carbon producer of energy, and have continued to work lowering emissions in anticipation of future state or federal regulation,” said a Dominion spokesman in a statement. “While we haven’t yet had a chance to fully study the state’s draft proposal, we expect to meet whatever regulatory requirements result.”

Also in a statement, a spokesman for Appalachian Power (APCo), said the company “will participate in the comment process to ensure any final rule, if/when promulgated, will have the least impact possible on our customers.” APCo, the statement continued, has reduced its CO2 emissions in Virginia by 96 percent since 2005.

There are administrative issues to be ironed out with RGGI, which is headquartered in New York City. The most significant issue is that Virginia still regulates its utilities while the RGGI states — Connecticut, Delaware, Maine, Maryland, Massachusetts, New Hampshire, New York, Rhode Island and Vermont — have competitive power markets.

Virginia would also generate the most emissions of any state in the network.

Virginia also is important to RGGI because it reflects the benefits to other states that might consider joining, according to William Shobe, Director of the Center for Economic and Policy Studies at the University of Virginia’s Weldon Cooper Center for Public Service.

“The first state that comes to mind is Minnesota,” Shobe said, “and other states that have demonstrated concern about the impacts of climate change.” Colorado and New Mexico, he said, also fit the bill.

“It doesn’t really matter whether states are contiguous are not,” Shobe added. “We all live on the same planet.”

With their deregulated power markets, each of the nine existing RGGI states empowers a state agency to spend the allowance revenue as its leaders dictate.

Because Virginia still regulates all facets of electricity production and transmission and sets rates for all customer classes, it will be up to the State Corporation Commission to decide exactly how to allocate revenue from quarterly allowance auctions.

The draft plan calls for 5 percent of auction revenue in Virginia is to be set aside for electricity demand reduction programs. The other 95 percent of the revenue will accrue to Dominion and APCo. State law requires some, or all, of those funds to be returned to ratepayers. Therein lies potential for significant disagreement between the utilities and ratepayer advocates.

A major factor in the allocation debate to come is how much joining RGGI will cost ratepayers. Since McAuliffe announced the plan, opponents have complained RGGI will drive up prices to households and businesses significantly. But an assessment by the Analysis Group released earlier this month suggests otherwise.