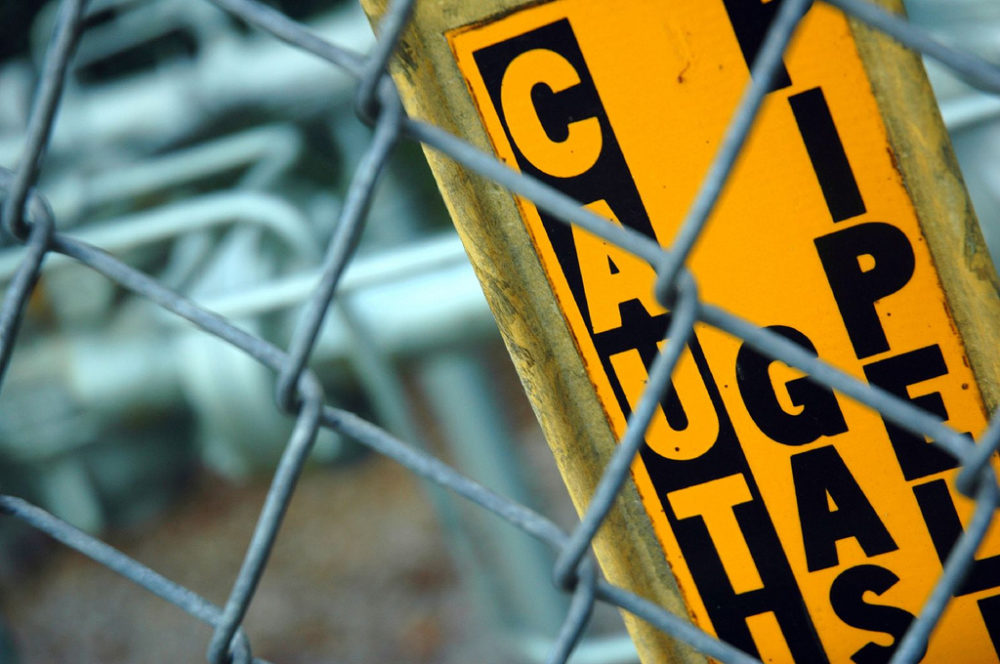 For the fourth time, the administration of North Carolina Gov. Roy Cooper has asked developers of the Atlantic Coast Pipeline for more information, possibly pushing a final decision on the controversial natural gas project into 2018.

The Cooper administration’s request follows its obligation under section 401 of the Clean Water Act to certify that the interstate pipeline won’t damage the state’s rivers, streams and wetlands. Federal regulators have already given the $5 billion venture – backed primarily by Duke Energy and Dominion Resources – conditional approval.

The repeated information requests are not out of the ordinary for a project of this scope, say experts, who believe it would be “extremely unusual” for the state to reject the 401 certification outright.

Data from the Department of Environmental Quality support that belief: since 1984, North Carolina has rejected about 150 such permits, a tiny fraction of the tens of thousands of applications received.

But advocates welcome North Carolina’s additional scrutiny of the pipeline’s 180-mile route through the state, slated to cross more than 300 rivers, lakes and streams along the I-95 corridor – and they contend it’s unlike any water permit application the state has ever received.

“Just the sheer mileage… I think it’s huge,” said Therese Vick of the Blue Ridge Environmental Defense League. “If DEQ goes by the letter of the law, they won’t grant the 401 certification.”

While state officials have focused their three previous inquiries on the waterways the pipeline will cross during construction, their latest letter hones on a key talking point for the project’s boosters: the businesses expected to locate in eastern North Carolina because of new natural gas availability in the region.

Yet the pipeline application lacks specific detail on exactly who these industries are, where they might locate, and what their effect on waterways might be, says the Cooper administration.

Developers supplied regulators with a map of three of the eight counties the pipeline will traverse, but, says the letter from Cooper officials, “a detailed analysis of each area’s potential for economic growth was not completed, nor was there a detailed discussion of the regulatory framework that may be in place or needed to protect water quality.”

Seemingly vindicating pipeline critics who question the economic development rationale of the project – the bulk of which is slated to supply gas-fired power plants run by Duke and Dominion – the letter asks for a “specific discussion of industries that need additional gas capacity to operate in North Carolina.”

“The companies either have to support their claims that there would be growth and evaluate those impacts, or they have to admit it’s not going to be quite what they’ve sold it as,” said Geoff Gisler of the Southern Environmental Law Center. Either way, he said, “the folks who live near the pipeline deserve to know what the real impacts are going to be.”

Cooper officials also appeared to address another worry of opponents: that the pipeline will ultimately be extended to South Carolina, increasing its impacts on the environment.

Though the pipeline’s application shows it terminating less than 20 miles from the state line in Robeson County, a Dominion executive told an energy conference this fall that “everybody knows it’s not going to end in Lumberton,” according to a recording obtained by the Associated Press in September.

“[Atlantic Coast Pipeline] states that there is no commitment to potential customers or reasonably foreseeable plans to extend [the pipeline] beyond the current terminus. Include an explanation of the factors that led to the proposed terminus of the project,” officials press in their letter.

“It’s a good question that the company needs to answer,” said Gisler. “There’s been public talk about extending the pipeline to South Carolina, so they need to say if that’s in their plans or it’s not.”

As reported earlier this week in the Washington Post, Virginia-based Dominion has waged an intensive campaign to try to win political and public support for their project, warning industry insiders in a presentation that a “permit delayed can mean a permit denied.”

While Dominion did not respond to a request for comment, Tammie McGee of Duke Energy didn’t appear fazed by the latest move from North Carolina officials. She said in an email she didn’t expect it to impact the “overall project schedule.”

The companies will submit the required information “in short order,” McGee said. Officials will then have 60 days to grant the 401 permit, deny it, or again ask for more details.

The water quality certification is one of several licenses the pipeline must secure from the state. Two other water permits are tied to the 401. The Cooper administration expects to make a decision on a fourth – concerning air emissions from a compressor station at the Virginia border – on December 15.

Pipeline foes view the Cooper administration as their best hope to stop the project; two states in the past year and a half have rejected similar projects on water quality grounds.

And despite the state’s track record of approving the overwhelming majority of 401 applications they receive, environmental activists are resting their faith on another statistic: before this year, state records show, the maximum comments officials had ever received for such a permit did not reach even 200.

By contrast, more than 9,300 commented on Atlantic’s 401 permit, and nearly 5,000 more poured in after a summer deadline.

“People are perpetually submitting comments, all the time,” said Department of Environmental Quality spokesperson Bridget Munger. “I’m trying to keep up with all of them.”