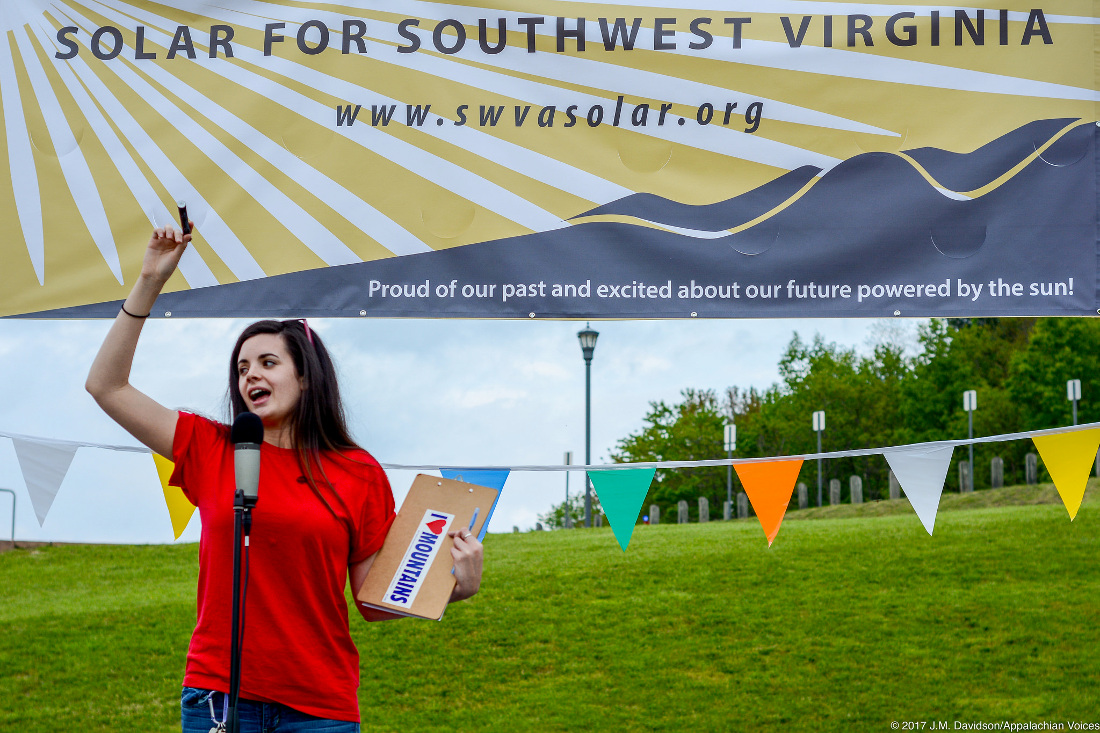 Formed as a result of the 2016 Southwest Virginia Economic Forum funded by a federal grant, the Solar Workgroup of Southwest Virginia Wednesday outlined its roadmap for putting roof-mounted or ground-based solar systems at commercial and non-profit organizations and a handful of academic institutions.

The blueprint seeks to overcome a “chicken and egg” challenge confronting several counties where the lack of a trained workforce complicates local hiring and a lack of local employers suppresses interest in job training.

An independent economic impact study for the Solar Workgroup envisioned a scenario under which residential and commercial solar projects could generate “43 steady, full-time jobs,” including project development, on-site, module assembly, supply-chain and “induced” jobs. A separate utility-scale development scenario could generate, on average, an additional 212 jobs per year over the ensuing decade.

Earnings for workers under both scenarios could reach $68,000 per year, which would inject $17.4 million total into local communities.

Several local and some statewide policy changes along with new rules applicable to Appalachian Power Co. would help achieve the Workgroup’s goals.

Among the policy changes sought by the Workgroup is a binding (versus the existing voluntary) requirement that a certain percentage of electricity sales in Virginia are supplied by solar and other sources of renewable energy. Others include establishing local Property Assisted Commercial Energy (PACE) financing programs that would make it easier for commercial property owners to borrow money to install solar; removing restrictions on net metering; enabling community solar projects; expanding access to power purchase agreements and funding the state’s Solar Energy and Energy Storage Development Authority.

Adam Wells, the New Economy Program Manager at Appalachian Voices and a co-convener of the workgroup, said there aren’t yet any bills ready to be filed for the 2018 session of Virginia’s General Assembly based on its Roadmap “though we are hopeful that may change in the near future.”

The General Assembly formally kicks off Jan. 10. All requests for drafts of legislation are to be prefiled with Legislative Services by Monday, Dec. 4.

The roadmap points to the “Solarize Wise” initiative as a model to follow to connect aspiring students with classroom and training opportunities.

“The idea behind the (initiative’s) ‘Learn and Earn’ model,” Wells said, “is that we’ll connect MECC students with the installers of roadmap sites so that local individuals will be able to gain their certification hours by working on these ambassador projects. All of the work that went into setting up this arrangement via Solarize Wise can be transferred pretty seamlessly to the commercial scale projects outlined in the roadmap.”

Editor’s note: An earlier version of this story incorrectly stated that the solar workgroup was funded by a Department of Energy grant.