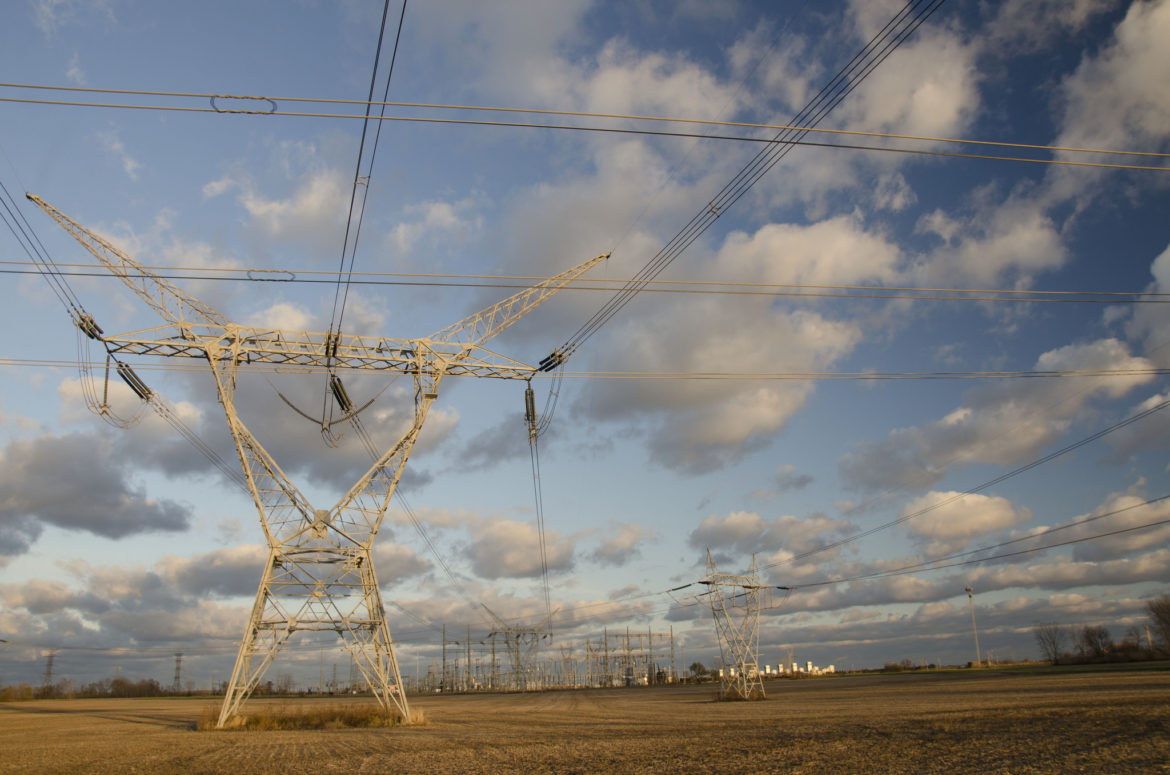 Energy officials, advocates and other stakeholders are a couple of months into an ambitious year-and-a-half-long project to examine the future energy landscape and economy of Illinois. The initiative known as NextGrid is billed as a consumer-focused study of the utility of the future.

Illinois has been reimagining its transmission system from one that relies on a one-way delivery of power to a grid system that functions as a “platform,” where producers and consumers are completing energy transactions everywhere and the utility is a coordinator and center of the activity.

Cholly Smith is executive director of the Illinois Commerce Commission.

The Illinois Commerce Commission (ICC) is managing NextGrid, which was borne out of a commission resolution passed last March. ICC executive director Cholly Smith oversees staff and policy implementation for the commission.

“What we’re trying to do with this study is take the best and brightest from all sectors,” Smith said. “And engage all these stakeholders and have a dialogue and a thoughtful exchange of ideas about what are the challenges facing Illinois in the grid.”

For the discussion, the commission has gathered utilities, the environmental community, consumer advocacy groups, government, research institutions like the University of Illinois and Argonne National Laboratory, as well as the companies Caterpillar, Nest, and Tesla.

This is happening at a time when electrification is moving into new sectors, such as transportation. How will Illinois manage that electricity while staying competitive?

Smith spoke with Midwest Energy News about the NextGrid study. The interview has been edited for length.

Midwest Energy News: What will be different about the interaction between customers and utilities 10 years from now?

Smith: The answer depends on where you are sitting. In Illinois, we’re looking toward 2027 with NexGrid. We envision this as an outgrowth of what has occurred here in Illinois over the last 20 or 25 years. NextGrid is a way to leverage our restructured energy market. The investments Illinois has made in smart grid technology have been substantial. A lot of states are grappling with what the smart grid is, and what smart grid technology is, we’re almost at the point where in the next year or two — I think — both major utilities here in Illinois will be almost at 100 percent saturation. We are also looking at a significant expansion of renewables and energy efficiency with the passage of the Future Energy Jobs Act. We’re trying to grapple with what does it look like in 10 years?

In a year or six months when we are at the conclusion of this we will have policy recommendations, a list of things that we’re in agreement on — the electrification of the transportation sector, for example — and the disagreement areas. We’ll have a menu of options of where utilities will be. What is the platform of the future for utilities? That’s the discussion we’re trying to have in the next period.

ComEd CEO Anne Pramaggiore has said the goal of the study is to find common ground around critical issues facing the industry. Can you give some examples of the pressing issues as you see it?

What we’re not looking to do is have a “Kumbaya” kind of discussion and just have a discussion on points that we all agree on. That’s not good policy-making and would be a waste of everybody’s time. But I also don’t want this to be just kind of a utility-driven discussion. We’ve used these critical issues as subgroup titles for us. Those are going to be kind of the big issues we’re tackling. We’ve got seven subgroups.

The first subgroup is technology development and grid integration. This subcommittee is probably going be the biggest and probably take the longest because it’s going to be looking at the capabilities of all of these emerging technologies including distributed energy resources and the logic of electric vehicles and how they integrate into the grid.

What we can do is look at how the system operators will manage your technology integration. You have the technology issue — how new technology integrates with the grid — which dovetails nicely into the second group which is on metering communications and data. How do we leverage the existing technologies? We’re trying to develop a narrative here about how we’re going to be dealing with this voluminous amount of data that will be coming into the system.

If you’re talking specific outcomes, I think it’s a tad too soon to talk about that. What we are trying to do is provide a roadmap to policymakers about the discussions. One of the things that the consumer groups or environmental groups — or even some of the business and utilities — will appreciate is that we’re not going to avoid the difficult conversation about what challenges we face. … Some of the details, it’s going to take working through the process.

This is kind of taking off my ICC hat for a second. We are not waiting for magic to happen. We are trying to put pen to paper on where we need to go. We have enough to go on — the electrification of the grid and the transportation sector — we know what’s coming. How do we get there? How do we envision what that will feature with a simple thing like load? How do we develop cybersecurity resiliency? We know cybersecurity will continue to grow in importance.

Consumers and communities are going to become more owners and participants in the energy and utility space. How do we enable that? Ameren and ComEd are progressive in the idea that they will be more platform-type companies in the future and not traditional utilities. And I think too many times in the regulatory space we kind of kind of sit there and play defense about like things like innovation and where things are going.