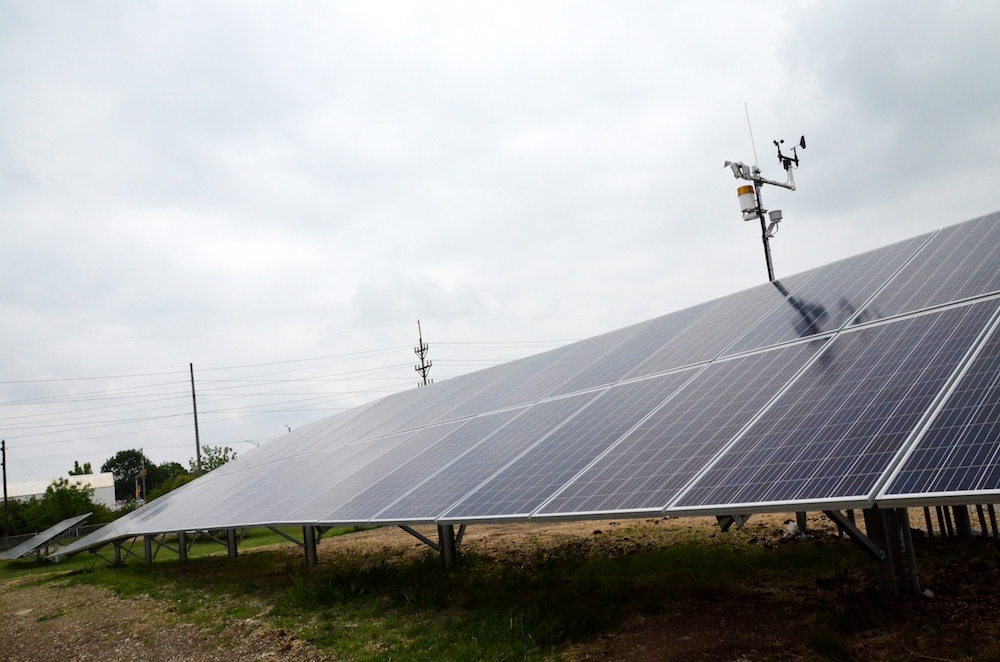 Officials and advocates will gather at the Illinois Commerce Commission offices in Chicago and Springfield today to debate the viability of energy resources and a plan to provide subsidies to struggling coal plants downstate.

One issue: as Illinois moves toward a more distributed energy grid, will the financial gains realized by a regional energy system be threatened?

The region shares energy resources broadly and this has reduced the cost of electricity to consumers by billions. Illinois is served by two regional transmission operators – the PJM Interconnection in the northern part of the state and the Midcontinent Independent System Operator (MISO) elsewhere.

Jeff Bladen, an executive at MISO, said at a Commerce Commission gathering in October that if distributed resources cannot integrate into this system, some of those savings could be lost.

“To the extent that the distributed [resources] are no longer part of that community where the central ones were,” Bladen said in an interview, “we risk losing some of the financial benefits that we’ve accrued.”

Peter Ping Liu, director of the center for clean energy research and education at Eastern Illinois University said he sees a trend toward storage.

“Maybe down the road 5 years,” he said. “You will see a substation with big transformers and then you will see smaller boxes. Those are storage devices. Absolutely. It’s coming.”

Debate at the commission

Dynegy, which produces more power in MISO’s Illinois territory (Zone 4) than any other energy company, has said that many of its coal-fired power plants are in danger of being shuttered or sold, and it wants Illinois legislators to consider legislation to keep these plants firing.

In April, MISO released new information showing the cost of reserving power plant capacity would be going up, and in May, after Dynegy proposed that Illinois assume capacity pricing, the grid operator wrote a letter to Illinois Governor Bruce Rauner asking state officials to step in, saying the reliability outlook could be “uncertain from year to year.”

In a letter to the commission in advance of the workshop, Dynegy said that the “possible shut down or removal (e.g., sale to other markets) of additional Dynegy generating units poses a serious near-term risk of a capacity deficit in MISO Zone 4.”

It has been 20 years since Illinois began restructuring its energy system, and the commission is no longer part of reliability planning. Rather, energy companies now compete on wholesale and retail markets to ensure that there is enough power to go around during all seasons.

Environmental advocates say the restructuring has been a success and MISO should meet any energy shortfalls in the next five years through System Support Resources contracts and transmission expansions.

In its own advance letter, officials with the Environmental Law and Policy Center wrote that “there is no identifiable reliability crisis in Illinois today and there is little indication that one is coming in the near-term.”

Liu acknowledges that reliability is a concern, as renewables can cause an interruption in a grid’s continuous energy supply. He says the answer is to integrate these new resources and maintain a base load, which already comes at a cost both financially and for system efficiency.

“In order for the generation facility to maintain grid stability it has to generate electricity,” he said. “Base load can fluctuate, but it has to be relatively stable. Sometimes you will have to generate regardless if you use it or not.”

Storage devices can help the grid buffer by storing extra energy in batteries. Another potential solution is advanced grid technology, such as inverters that can help better manage a two-way flow of electricity.

Cholly Smith, executive director of the Illinois Commerce Commission, said investments in infrastructure have made the grid more resilient. Still, he doesn’t want to compromise efficiency, and he said the best approach is to keep communication lines open.

The commission has some “arrows in the quiver we can use,” he said, adding that it is providing legislators in the general assembly with information to “make sure that what we’re doing here with the grid in Illinois does not have a negative consequence to anything regionally.”

Scott Baker, a senior analyst with PJM, said that system reliability is not a concern with respect to distributed energy sources. But he agrees with Bladen that regional costs might go up.

“RTOs will keep the system reliable no matter what,” he said. “It’s about keeping the system reliable at the lowest reasonable cost. The more information, visibility, and coordination we have with [distributed energy] deployment and power production, the better we can manage costs efficiently and maintain reliable transmission service. Part of this efficiency comes from greater exposure of wholesale price signals to the distributed energy resources themselves.”

During a webinar hosted by the Smart Electric Power Alliance, Jane Park, a vice president of regulatory policy and strategy with ComEd, said she recognizes that distributed energy resources are increasingly common in Illinois.

“I think you can fight it or you can try to understand it,” she said.

She promoted ComEd’s smart inverter pilot study, a project in the Bronzeville neighborhood on Chicago’s South Side funded in part by a $4 million federal grant.

The goal of the project is to integrate the system into the conventional utility grid and ride out interruptions and outages so that “we don’t have to make the same level of investment with respect to certain sort of restoration procedures and it creates a better customer experience,” Park said.

The focus should be on the network effects, she said.

“Why is it that the customers want to do this? And if your heart is in the right place try to figure out how to better enable it and then figure out how you’re going to be a part of this revolution that’s happening.”