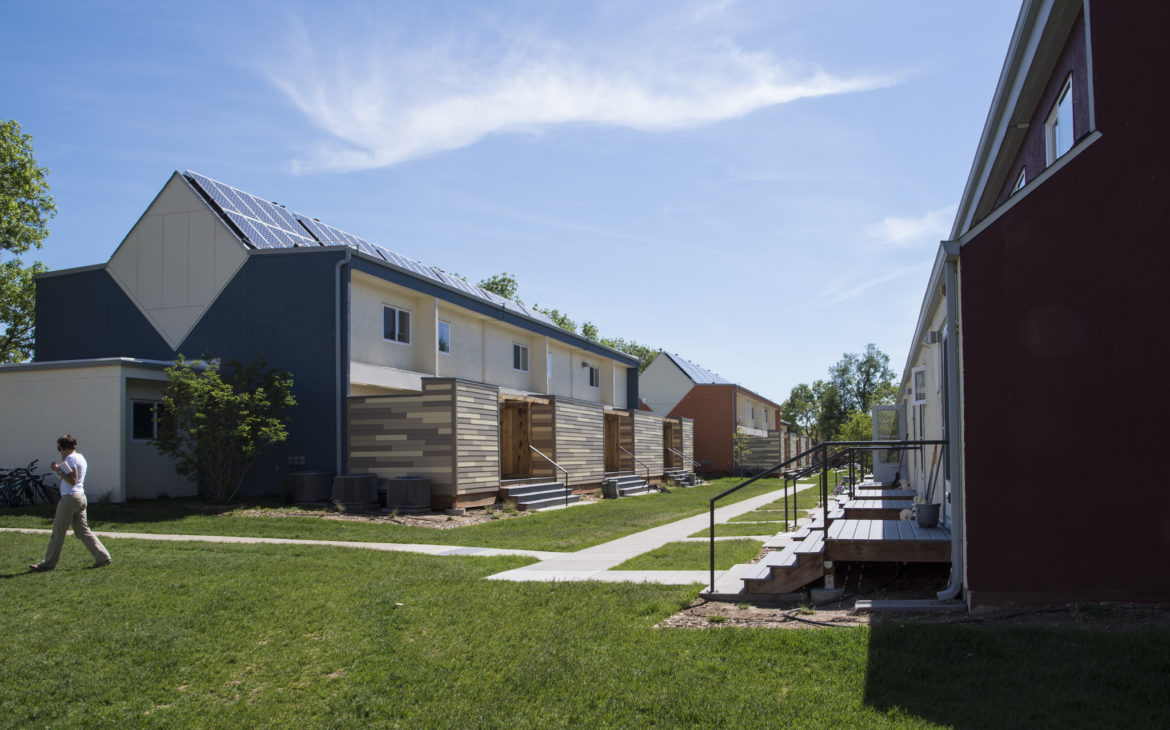 Advocates note that incorporating solar into building design, rather than retrofitting later, can save money.

While training opportunities abound for installers, a series of workshops in three southern cities aims to bring architects and other design professionals up to speed on solar.

The course was developed by the Building Codes Assistance Project (BCAP), the Center for Sustainable Energy (CSE) and national solar energy experts, in partnership with professional architectural and HVAC organizations. Sessions will be held in Birmingham on Dec. 15 and Versailles, Kentucky on Jan. 31.

A third session in Nashville is expected to take place in January.

The three cities are among 20-plus regions throughout the nation partaking in training funded by the U.S. Department of Energy’s SunShot Initiative, started in 2011 with a goal of supporting solar adoption.

Program supporters said that architects and engineers — as key professionals on a design team — are poised to influence their clients in including solar energy on both new and remodeled buildings. However, many designers lack experience with solar, and are not accustomed to proposing the technology to decision makers.

“Costs for solar installation have come down rapidly, but costs related to permitting, designing, insurance, finance and appraisal have not moved,” said BCAP president Maureen Guttman. “Designers are our sales team in spreading the word about energy costs. We’re providing advanced information to architects and engineers so their comfort level with the technology increases, and, ideally, the cost (of solar) is reduced. The more you know, the less fear there is.”

Michael Goldschmidt, a licensed architect and a professor at the University of Missouri, is one of the trainers for the Versailles and Nashville sessions. The single-day, eight-hour workshop includes design considerations for PV, how to speak to clients about the technology’s advantages, and where to find information on financial incentives.

Tennessee and Kentucky may be in coal country, but program proponents believe both of those areas are ready to embrace solar.

“These states are looking into the future saying let’s start this green power revolution now,” said Goldschmidt. “The solar industry is about to boom in the region because of a trainable workforce, and people are interested in becoming installers and suppliers for the technology.”

Building owners unsure about solar should be of aware of available financial incentives as well, Goldschmidt said. A solar power purchase agreement, or PPA, allows a host customer to pay for generated electricity at a fixed rate typically lower than the local utility’s retail rate.

While Kentucky does not have a solar access law, the state does allow for solar easements guaranteeing access to the sun for homeowners who installed solar power systems. In addition, residents and business owners participating in the Tennessee Valley Authority (TVA) Green Power Providers program are paid a retail rate for every kilowatt hour generated by solar, wind, biomass or hydropower systems rated at 50 kilowatts or less.

On the ground floor

Arming design professionals with fundamental knowledge about solar makes it easier to introduce the concept at a project’s ground floor, as it’s less expensive to incorporate PV into initial blueprints than retrofitting an already existing building, noted Dan Lepinski, a Texas-based engineer who will serve as a trainer for the Birmingham group.

“You’re talking a 10 percent savings compared to implementing after the fact,” said Lepinski. “Doing it at the architectural stage can offset a building’s energy foot print. You can implement it into the infrastructure so it’s easier to connect.”

Lepinski, a professional solar consultant since the early 1970s, said PV as a cost-competitive environmental boon is gaining traction among property managers previously skeptical about the technology’s benefits.

“More people are saying they want to work in a clean structure built without toxins,” he said. “With solar and other measures, building owners will take additional steps to make their project energy efficient. One building doesn’t seem like much, but if you get enough raindrops, it becomes a flood.”

“I can’t teach (my students) in one day all they need to know, but they’ll take away a basic understanding of solar, how to install it, and how it impacts the operation of a building,” Lepinski said. “I can teach them how to learn about solar.”

Program officials will follow up in three months to test their students’ knowledge and see if they’ve incorporated PV into any projects. Solar power hit the one million installation milestone nationally in 2016, a figure that PV backers would like to see doubled within 12 months.

“Our students increasing their business revenue and differentiating themselves in the marketplace is the benefit we’re trying to convey,” said Guttman of BCAP. “Don’t just go find a solar installer, have it thoughtfully installed into the project you’re working on.”