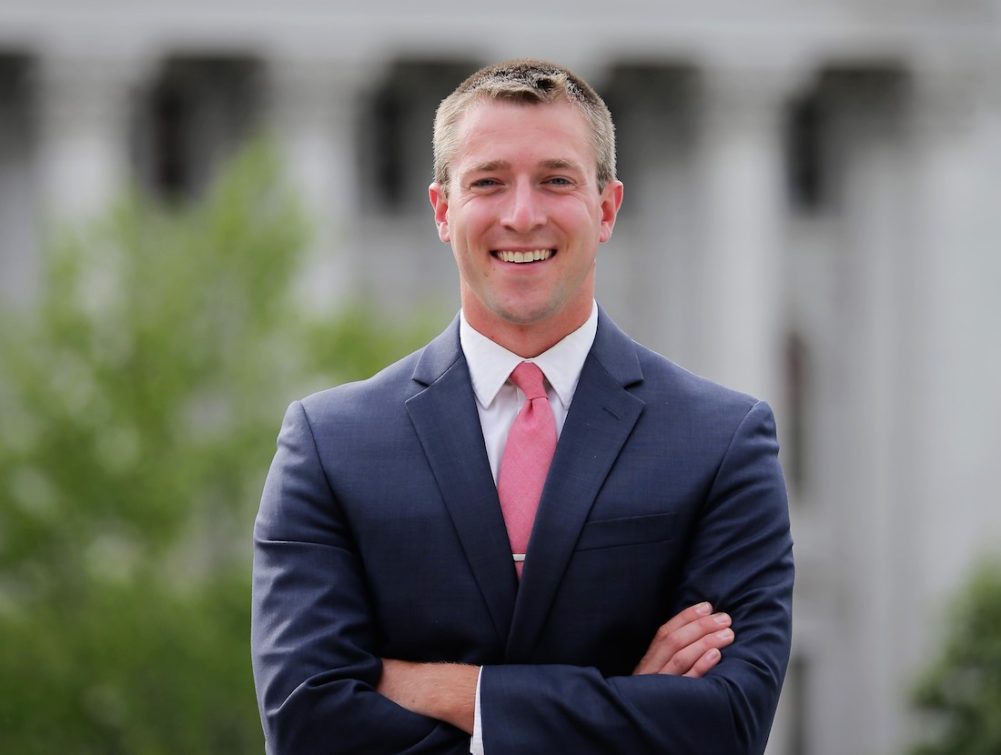 Midwest Energy News spoke with Coenen and Scholz leading up to the forum’s launch. This conversation has been lightly edited for brevity and clarity.

Midwest Energy News: How did your professional or political background lead you to the clean energy field?

Scott Coenen: I’ve been in Republican politics for the better part of a decade now. I’ve always been personally very interested in energy. I follow commodity markets. It’s a very interesting world and it kind of meshes a lot of things together, political, economic, it’s an intersection of a couple different worlds, particularly in Wisconsin.

Brandon Scholz: I run trade associations, and the people we represent on a variety of issues, energy is always an important part. And I worked for Wisconsin Power & Light 20 years ago.

What will the forum be doing to promote clean energy?

Coenen: There’s been a revolution in energy markets in the last 10 years, but it’s largely gone unnoticed by a lot of decision-makers in the political world. Whether conservatives like it or not, solar, wind and a lot of renewable and alternative energies will be cost-competitive with fossil fuels. That changes the entire game, it flips the entire issue on its head. We’re tied in with the national network of state organizations including Michigan, Minnesota, Ohio. There’s a strong Midwest contingent. Our job is going to be to talk to conservatives and invite conservatives to the table to start to discuss these issues.

Will this be a hard sell in a state like Wisconsin where the Public Service Commission and some elected officials have been known as hostile to clean energy?

Scholz: We want them to think of it differently. When they hear solar we want them to think jobs — what does this do to their economy, how does renewable energy impact their state economy, so we’re no longer dealing with this on an ideological platform. This is a big ship that’s been sailing in one direction for a long time, it’s going to take time.

Coenen: Preconceived notions are really strong. Solyndra always stuck out in my mind — sometimes those preconceived notions can be very difficult to challenge. We’re talking about trying to shift the conversation but also present facts that haven’t necessarily been presented in the past.

***More Wisconsin news: As one Wisconsin coal plant closes, neighbors of another worry pollution will shift to their backyards***

Coenen: Right now Wisconsin’s energy mix is still pretty heavily coal. That has not changed yet but I think the point we need to make is that it is changing. Our organization is not going to be anti-coal, we’re not necessarily anti any source of power. But people shouldn’t view it as a negative if we shift away from coal as a primary source and shift to some of these other sources of power. At a certain point it becomes wind and solar are actually cheaper for the customer, so why wouldn’t we shift to some of these sources? We Energies just made their announcement about closing two coal-powered [units at the Pleasant Prairie plant] in Wisconsin. I never like to see people out of work, but they’re also replacing that power generation specifically with solar because it makes sense to the bottom line.

With many farms and forests in Wisconsin, is biomass an important part of the picture? You also list hydro, natural gas and nuclear as clean energies you support, would you like to see more hydro and natural gas in Wisconsin, or if it ever became financially viable even nuclear?

Coenen: The short answer is yes, we would advocate for all of the above. With hydro there’s not a lot of additional capacity. Wisconsin already leads the country in bio-digesters. There’s not a single organization or entity that looks out for their interests. To us that’s an untapped source, a technology we probably should be looking more into.

Scholz: It’s in a very early stage in Wisconsin. On the commercial side we have companies like SunPeak working with [the state program] Focus on Energy. And we have SunRun in Wisconsin. The role that the forum can play is an educational one, to help legislators and frankly members of the media who are not real up to speed on this, as well as decision-makers in businesses around the state, get a better understanding of what solar means and does and frame out the arguments and debate on distributed energy and how it’s going to work. A lot of people don’t even know what it means. There’s a really steep learning curve.

Will you be advocating for specific laws or policies?

Coenen: Initially here our first step is going to be a 501c3, so specifically educational. We have to talk to rank and file folks, business leaders, community leaders, folks who are back in legislators’ districts. Our immediate challenge is just how do we educate.

What about Wisconsin’s culture or economy will make your job different than it would be in Michigan or Ohio or a coastal state?

Coenen: Something that has been a big focus of Republicans the past few years: Wisconsin’s competitiveness. Are we bringing individuals and businesses to the state, are we growing? What’s the regulatory climate look like, do we have a good tax climate, is the business climate okay? Do we have a competitive and good energy mix and power market in Wisconsin? Do we have the power mix that big multinational companies are looking for? One of the leaders on sustainability is SC Johnson. They’re not different than any other corporation, they all want these things. Foxconn is one of the opportunities we have. They are focused on sustainability and renewable sources of power just like anyone else.

Governor Scott Walker has in the past directly opposed policies supporting clean energy. What will it be like working with him?

Coenen: If we can start a constructive dialogue and present some alternative facts and figures and paint a different picture and start to bring him to the table, I don’t think there should be any reason we can’t turn the ball on this. It’s been relatively quiet in terms of policy in Wisconsin for quite a few years now, it’s been status quo. That represents an opportunity for us.

Coenen: No. Our message is going to be clearly a conservative message. These technologies, the way the market is moving in this direction for us is about the bottom line, it’s about dollars and cents, it’s about jobs, it’s about rural economic development.

There are a number of major environmental and clean energy groups in Wisconsin also working on promoting renewables. Will you work with them on mutual goals?

Coenen: We occupy a really specific space and it’s unique. Sure we might have some shared goals at the end of the day, but we’re going to occupy a distinctly conservative, distinctly right of the aisle position.

Scholz: Our focus is on conservatives and Republicans and our approach to renewables is different than some of the environmental groups. We don’t share their approach to communities across the state, we have differences of opinion. This is not a link-arms, up with those organizations approach. We approach things differently and we’re doing this because we don’t think a lot of their efforts work. We don’t think they’re terribly successful. They can do it but we think we have a much bigger mission.

Coenen: My hope is conservatives and Republicans and folks on the right side of the aisle, we can bring them to the table and folks can keep an open mind and we can pull an issue back to the center a little bit and make some real progress on an issue that’s extremely important for any number of reasons.