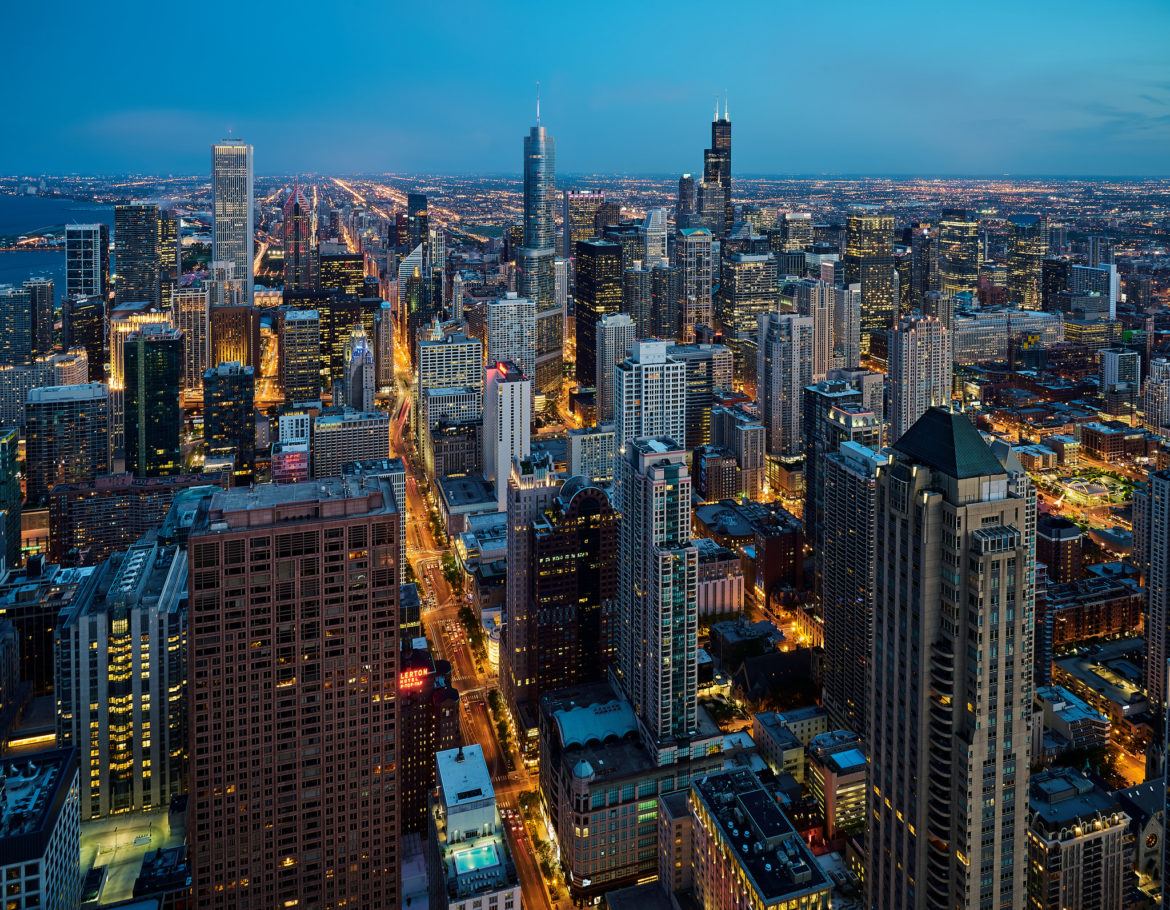 It’s an interesting time for energy in Chicago: Coal plants providing power to the city have been shuttered. Massive programs are underway to retrofit old buildings. Smart streetlights and electric buses will soon transform neighborhoods.

Chris Wheat, the city’s chief sustainability officer, is at the center of it all.

Previously a member of Mayor Rahm Emanuel’s innovation team, Wheat was tapped as the sustainability chief after the departure of Karen Weigert in February 2016. He’s long championed the use of data and analytics to help manage city government, and he’s now tasked with applying that to the city’s ambitious sustainability plans.

Wheat led the Retrofit Chicago Residential Partnership, a program to advance efficiency for residential properties. The initiative won the Energy Star Partner of the Year Award from the Environmental Protection Agency and the Department of Energy for promoting efficiency measures in 2017.

“Hopefully, [EPA Administrator Scott] Pruitt didn’t see that we that we received it or he might take it away,” Wheat recently joked in an interview with Midwest Energy News.

During that conversation, Wheat spoke about the Chicago Climate Charter, electric buses, energy efficiency, and what the city is doing to meet its ambitious emissions targets. The interview has been edited for length.

Midwest Energy News: Last week, you spoke at the Veteran’s Energy Seminar led by Dan Misch, a federal project director for the U.S. Department of Energy at Argonne National Laboratory and one of the Midwest Energy News’ 40 under 40 for 2017. You mentioned Chicago’s recent greenhouse gas emissions inventory. What did you learn about how the city’s energy usage has changed?

Wheat: Emissions are down 11 percent, 2005 versus 2015, while at the same time the number of jobs in the city has increased. We’re simply using less energy here in Chicago than we have in the past. And the energy we’re using is cleaner than it’s been. That’s a reflection not only of the energy efficiency programs that Mayor Emanuel has been championing but also other initiatives by ComEd and Peoples Gas. We’ve also seen a shift in the fuel type that’s used for energy with less coal. The city, a few years ago, actually went to a coal-free mix for its municipal buildings and we’re doubling down on that through our commitment to go 100 percent renewable on our electricity for municipal buildings by 2025.

Chicago is famous for its gleaming towers and grand architecture, but large buildings contribute significantly to emissions, comprising 20 percent of the city’s output. In November, the Chicago City Council created a new zero-to-four-star rating system—each building will be scored on its publicly available energy data.

You’re right, 20 percent of the emissions in Chicago come from buildings that are 50,000 square feet and above. That is actually more emissions than come from every car, truck, and van in Chicago. We’ve had a significant focus on reducing emissions from large buildings. Four years ago, the City Council passed Chicago’s energy benchmarking ordinance, requiring those large buildings to track, verify, and report their energy use to the city. And then we made that information public. We’re taking that data and transparency to the next level through the energy rating system that was passed by City Council in November. It will require buildings to post their energy information and their Energy Star score in the window of their building and provide information at the time of sale or lease. We think it’s really important that those who are going into buildings, those who are looking at buying buildings or leasing buildings, have as much information as possible about the energy usage of those buildings. We’re working hard to make that information transparent.

This initiative reminds me of how restaurants are scored on their health inspections?

Ultimately energy is one of the things in a building that you can’t see. You can see the amenities, you can see a square footage, but you can’t really see how it uses energy. The mayor’s initiative around the rating system is really designed to provide that transparency not only to tenants but also those who are interested in acquiring the building, as well. We’ll be working with the real estate community and building owners over the next year to develop the rules and regulations around it.

During the veteran’s seminar, you described the smart systems that control energy for large buildings like City Hall as a “Nest on steroids.”

I was referring at a macro level about how buildings are starting to approach the technology around energy. And one of the things that we’re seeing in buildings is that they’re really trying to use smart data and more consistent data to not only reduce their energy use but also make buildings and tenants more comfortable. And I think we’re seeing that in different and all around the city.

The city is also massively expanding its fleet of electric buses. David Roberts at Vox Media argues that the way to solve climate change is to electrify everything.

I think that every city is different. That’s one of the things that we try to talk about in our approach to the Chicago Climate Charter, which is the document that many mayors signed at the North American Climate Summit. In Chicago, we’re a dense city where most of our emissions come from building energy — 71 percent of our emissions. We also know, though, that we will not be able to hit and those ambitious climate targets unless we also reduce the emissions coming from transportation. Which means continuing to provide safe, reliable public transit service, electrifying our fleet, and providing a cleaner bus fleet, and also getting people to ride the train are going to be critical components of that.