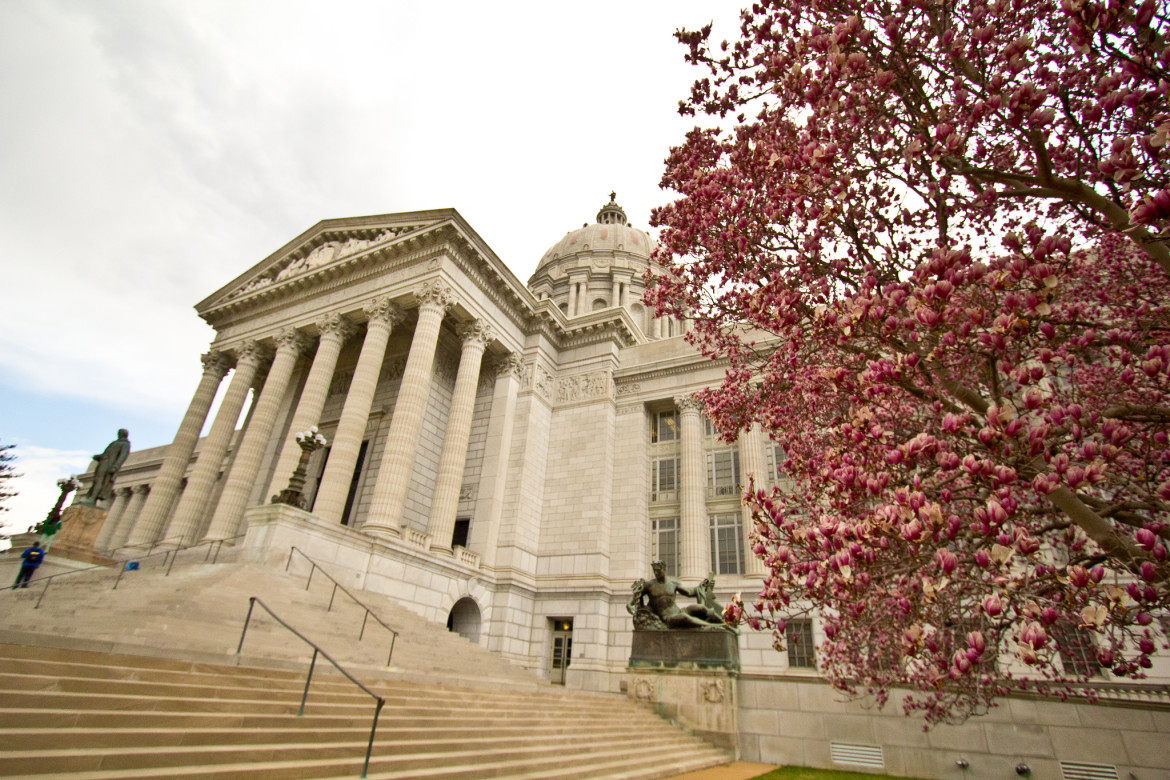 Ryan Silvey, a Republican from the Kansas City suburbs, was described by several people as being, at a minimum, open to more renewable energy in the state, which historically has done little to encourage the development of wind and solar energy.

Missouri’s solar industry is enthusiastic enough about Silvey that at its annual meeting in November, it designated him its Legislator of the Year.

“He’s been a phenomenal support for advancing solar energy in the state,” said Mary Shields, executive director of the Missouri Solar Energy Industries Association. “And he has an acute understanding of the importance of renewable energy and what it does for choice, and as far as providing some resiliency to the grid.”

Silvey said he is intrigued by advances in renewable technologies and the electrification of transportation, but said he is not “trying to eradicate fossil fuels.” Technology is ripe for utilities to move toward larger-scale renewable generation, he said, but “if it’s cost-prohibitive on a large scale, it doesn’t make sense to push them there too soon. I’m interested (in renewable energy) from a technical aspect, but I want to see it balanced with the cost side.”

Although Silvey doesn’t have an extensive voting record in favor of clean energy, Shields said Silvey was quietly instrumental last year in stopping a bill that would have added fees to net-metering customers.

“Energy issues are very complex,” she said. “He’s one of the few who understand that complex issue. People tend to come to him and ask questions when they don’t understand an issue.” For a couple years, Silvey chaired the senate’s Commerce, Consumer Protection, Energy and Environment Committee.

Now that he’s one of Missouri’s utility commissioners, Shields said, “I sincerely expect there will be some market mechanisms that will help solar to grow.”

Last night, Gov Greitens appointed me to the MO Public Service Commission. The appointment is for a 6 yr term. If confirmed by the Senate tomorrow, I will resign my Senate seat to begin serving Missourians on the Commission.

Missouri state Rep. T.J. Berry, one of the legislature’s more reliable proponents of clean energy, described Silvey as “open to clean energy, and he understands the economic arguments, but I wouldn’t call him a champion. But having someone who is willing to be open and listen to an argument is a lot better than someone who is strictly industrial. He would be a fair commissioner, which I’m happy about.”

Some weighty energy issues are currently before the commission, most prominently a wide-ranging distributed-generation docket. On Tuesday, the commission held its second workshop in the proceeding.

John Hickey, who directs the Missouri chapter of the Sierra Club, said he expects Silvey will play a role in determining regulatory policy regarding electric vehicles, energy efficiency, distributed solar generation and the expansion of transmission infrastructure to move wind energy across the state.

Judging from the voting chart on the wall of the Sierra Club office, Hickey said that Silvey “has been a Republican party-liner on environmental issues generally. That is discouraging. But the dynamics on the Public Service Commission are different. What legislators do on the Public Service Commission versus what they did in the legislature does not always track.” And furthermore, he said, “Clean energy doesn’t break down along party lines in the PSC like it does in the legislature.”

Another legislator-turned-commissioner, Scott Rupp, “also did not have a great record on environmental issues when he was in the Senate, and he turned out to be a clean-energy advocate on the PSC,” Hickey said. “I think that’s partly because in Missouri wind and solar are often cheaper than existing coal. So even if one is not taking the action due to concern about climate change but doing it from a business perspective, clean energy makes sense.”

Kevin Gunn, a former PSC commissioner who keeps tabs on the board, said he thinks it’s telling that “one of (Silvey’s) best friends in the Senate is Jason Holsman, who is absolutely passionate about clean energy and energy efficiency.”

“As a senator, Silvey was very open to having conversations about renewables. I don’t think he’s reflexively against it like some Republicans. I think he understands its worth and its place in the state.”

James Owen, who advocates for clean energy on behalf of Renew Missouri, called Silvey “a pleasantly surprising choice. I think he’ll be open to new ideas like Rupp has been.”

In the legislature, according to Owen, Silvey departed from the Republican ideology on labor unions – he supports them – and Medicaid – he advocated for its expansion.

“That signaled to me that he was not just going to rely on political ideology. He’s willing to look at things differently. We are looking forward to what he is able to do on the commission.”