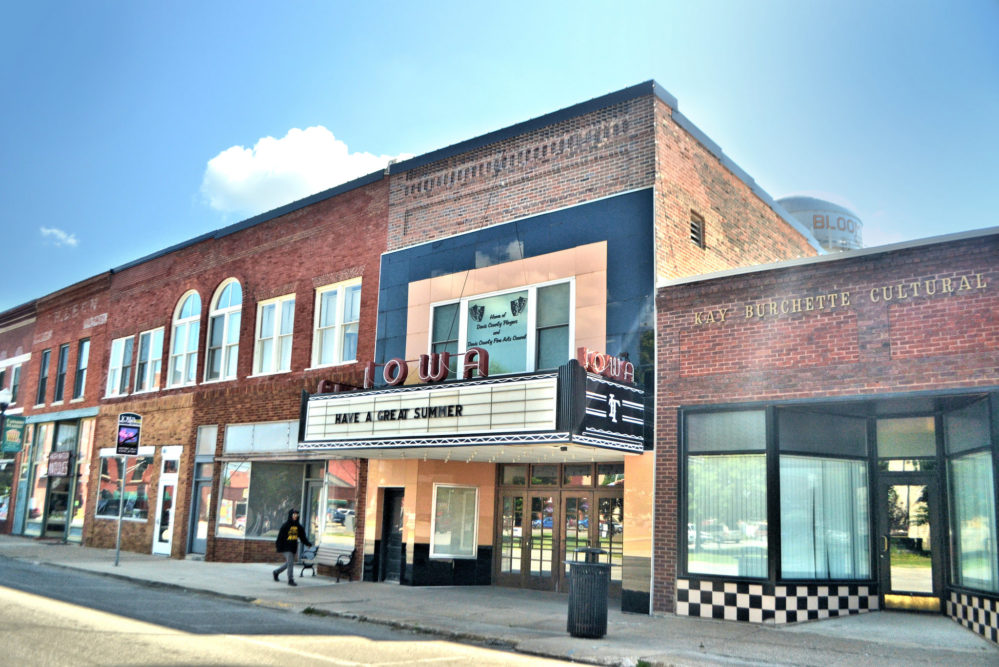 The city of Bloomfield, Iowa is at least 10 percent of the way toward its pledge to reach energy independence by 2030 with the recent completion of a 1.86-megawatt solar array.

The city turned on the solar array Dec. 29, just ahead of a Dec. 31 deadline for collecting a state production tax credit, which might reduce the city’s costs by as much as 8 percent.

Ball estimated that the array, which tracks the sun throughout the day to maximize total energy production, will provide about 10 percent of the power used by the city’s 2,600 residents. The city chose a more costly tracking system because it is expected to produce 18 percent more energy than a stationary system and because it will produce during the utility’s peak times — late afternoon in the summer and morning in the winter.

In 2015, after an encouraging analysis by energy consultants and the Iowa Association of Municipal Utilities, the Bloomfield City Council adopted a goal of attaining energy self-sufficiency within 15 years. Ball expects the city will eventually produce much more of the power it requires.

The energy researchers studied Bloomfield and another Iowa city, Algona, to evaluate their potential for energy self-sufficiency. They concluded Algona could meet half of its electric needs with locally produced renewable energy, and that Bloomfield could meet 100 percent through a combination of efficiency, direct load control, and a renewable power. The researchers pointed out that municipal utilities typically are freer than investor-owned utilities to experiment because they don’t have the same pressure to maintain or increase sales of electricity.

Iowa’s Economic Development Authority financed most of the initial study and recently awarded Bloomfield $100,000 in federal money to the city move forward and support creating a template other communities could follow to take more control of their energy needs.

But the city is at a juncture where it needs to strategize about the best path forward, he said. The study presented several options including varying levels of investment in renewable generation. Some large questions remain unanswered, Geerts said.

“The discussion would be how much wind, how much solar, who owns how much wind and how much solar? And is it owned by the city or entities outside the city? How much is distributed versus how much is community wind or solar? And how much is achieved through energy-efficiency measures and what is the role of the wastewater-treatment plant? Is there an opportunity not only to reduce energy use there, but how does that potentially become a generation source?

In short, “What’s the mix look like, and what are the policies to make it happen?”

The study put more emphasis on reducing energy use than it did on developing local renewable generation, and efficiency improvements have been happening throughout the city with the help of a team of 14 workers from Americorps and Vista. Last summer they knocked on the door of every home in town — at least three times, according to Ball — and offered to replace up to 10 incandescent bulbs with LEDs. Ball said they swapped out bulbs in about 450 out of 1,100 homes. Workers also replaced incandescent bulbs with LEDs throughout the city’s elementary and middle schools.

“We’re saving them about $2,000 a month that they can spend on teachers and books,” Ball said.

The same workers performed energy audits and some basic weatherization work in some homes. Although most of the workers have returned to college, two remain and are developing a nonprofit organization aimed at keeping the energy-efficiency improvements coming.

The city government has enhanced its own operations by upgrading nearly all of its light fixtures to LEDs, adding insulation and weather sealing, and getting more systematic about maintenance tasks such as replacing filters in heating and cooling systems. Staff members inventoried the city’s 15 buildings and made a list of needed efficiency upgrades to be done in coming years.

Ball said they are considering a liquid cover for the swimming pool, which would reduce evaporation and keep heat in the pool.

The Davis County Community School District, which serves Bloomfield, also is pursuing energy efficiency along with a broader agenda of sustainability. Lead by an Americorps worker, Paul Fleetwood, students, and staff are devising a way to compost organic waste.

Danny Roberts, the district’s director of support services, is talking with four solar contractors about putting arrays on the district’s larger buildings. His aim is to generate as much solar power as they use in a year.

“We know where we want to be,” he said, “but getting there, we’re not quite sure how.”

The district is also looking at various strategies for cutting energy use in schools. It would like to install motion sensors in middle and elementary schools to automate lights and heating and cooling,  as was done in the high school in 2009.

And then there’s the human factor. Over Christmas break, Fleetwood led a team of students through the district’s buildings, counting the number of machines eating electricity “that didn’t need to be” while the buildings were empty.

Getting people habituated to unplugging them at appropriate times is also on Fleetwood’s to-do list.

“We’re helping them to understand the effects of wasted energy on the environment, and the cost of energy waste. We’re talking about how students make choices that can either be destructive or supportive of what we’re trying to achieve as a school system,” he said.

Much remains for the district and city to accomplish to reach the 2030 goal. Geerts, with the state’s economic development agency, is confident the lofty goal is within reach.

“There’s a lot of momentum in that community, a lot of support, a lot of optimism for achieving it,” Geerts said.