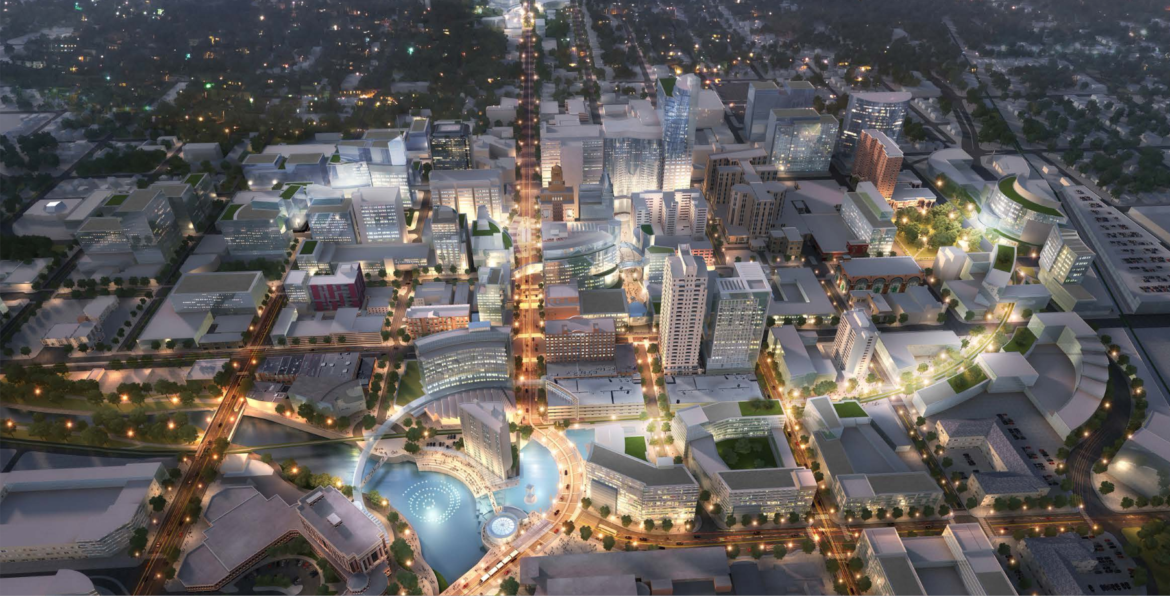 An architectural rendering for Rochester's Destination Medical Center, a $5.6 billion development that aims to be net-zero energy.

After years of planning, Rochester, Minnesota’s ambitious Destination Medical Center is taking shape in a city internationally known as the home of Mayo Clinic. The $5.6 billion public-private partnership aspires to be a “model of sustainability” and help push the city toward its goal of being energy net zero by 2031. 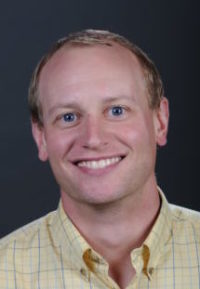 Hired last March, Bright came to Rochester after serving in sustainability positions at Colby College in Waterville, Maine and Harvard University. Part of his charge is advancing sustainability while also preparing the city to absorb as many as 50,000 residents to the city of 114,000 people by 2030.

He recently spoke with Midwest Energy News for an update on how the project and city are progressing toward its goals.

What sustainability efforts are underway in Rochester?

I see them in three buckets: new construction, existing buildings, and creating a sustainability culture in the city.

We’re asking DMC projects to incorporate sustainability criteria. That includes getting LEED certification (Leadership in Energy and Environmental Design from the U.S. Green Building Council), energy and water reduction, construction waste reduction, and so on.

We have a draft pilot building policy based on St. Paul’s sustainable building policy. We’re looking for a project that will use the principles before we try to get the city council to adopt it.

Yes. One is laboratory science building being built by M.A. Mortenson Company and other is a mixed-use retail and apartment complex by Altus.

You have any green projects yet that fall into the affordable housing category?

1st Avenue Flats is a great example of affordable housing within the DMC district. And its story of achieving some impressive energy reductions only adds to its affordability story.  It’s a great example of a workforce housing project and one that we would like to see more of in the downtown core of Rochester

What’s being done for existing buildings?

We’re aiming to reduce energy use of existing buildings in the DMC by 25 percent by 2030. To help meet the goal we are starting a voluntary energy benchmarking program that covers the whole city.

How is that going?

Public schools are benchmarking their facilities and we have a pretty good critical mass of private buildings doing it, but not many are not sharing the results publicly. We’d like them to because they’re doing good work.

What specifically are you doing about energy?

Rochester has three district energy providers — the county, Mayo Clinic and Rochester Public Utilities. We’re trying to see if it’s possible for an outside developer to leverage those district energy resources.

How are you spreading the gospel of sustainability?

We started a popular monthly lecture series. Mayo representatives are coming next month to speak about its energy reduction program. The clinic already achieved its goal of reducing energy use by 20 percent by 2020.