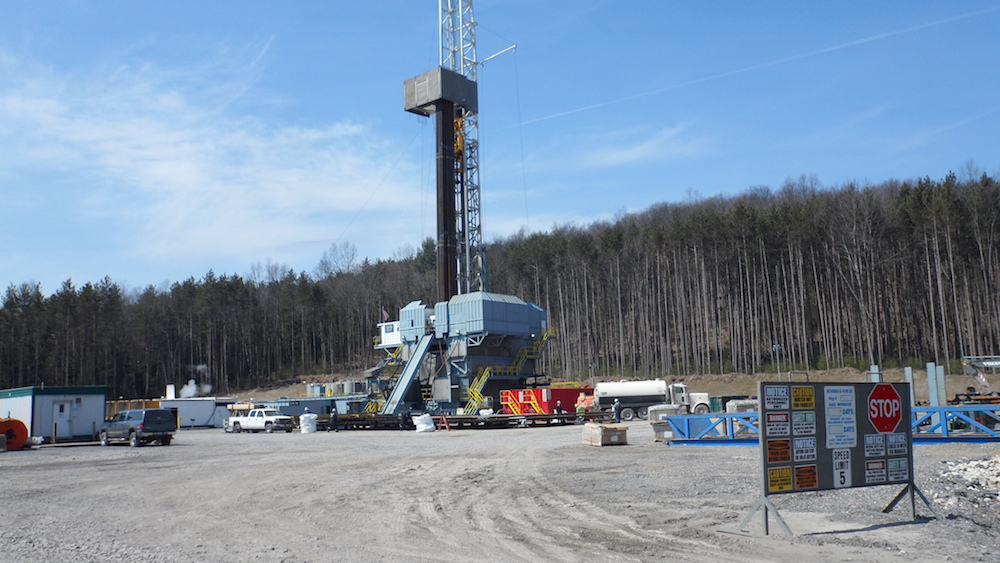 A drilling site in the Marcellus Shale.

That’s the conclusion of new research from Miami University that looked at how pumping fluids underground can affect faults much deeper underground.

“With the results from our study, we can better advise environmental regulators and natural gas companies about what to expect when attempting hydraulic fracturing,” said geologist Michael Brudzinski at Miami University in Oxford, Ohio, a co-author of the report published Monday in the Proceedings of the National Academy of Sciences (PNAS).

The study could lead to more regulatory scrutiny of shale gas drilling in Ohio and elsewhere, but it doesn’t give a quick yes-or-no answer on where drilling should or shouldn’t take place. As one Facebook status option says, it’s complicated.

What did the researchers find?

The study team found fracking can lead to two types of earthquakes, based on an analysis of the largest seismic events in Harrison County, Ohio, from 2013 to 2015. What happens depends on the local tectonics — geologic conditions linked to movements of parts of the earth’s crust over very long periods of time.

Larger earthquakes of magnitude 3 or more generally involve older faults in deeper layers, reported geologist Maria Kozlowska, who worked on the project as a post-doctoral researcher at Miami University. Fracking fluids don’t necessarily have to enter those faults or deeper layers in order to trigger earthquakes, Brudzinski said.

How old are those more mature faults, and how would fracking affect them?

Those older faults are in deep layers that date back to hundreds of millions of years ago when plates collided into eastern North America and built up the Appalachian Mountains. When things settled down, the fault movements slowed to nearly a stop. “We think that the injection has woken them up by allowing stored energy from long ago to finally be released,” Brudzinski said.

How deep are we talking?

Should people worry about those earthquakes above magnitude 3?

As of now, no. The seismic hazard level for Ohio is not high, even in the state’s shale areas, Kozlowska said. “However, there is a potential risk of magnitude 4 events,” she added. “They may be felt but [are] not dangerous.”

Do fracking fluids have to enter those ancient faults in order to trigger earthquakes?

Maybe not. “Our results provide some new evidence that the stresses from fracturing the shale rocks may be enough to trigger the deeper older faults to move without having a direct connection,” Brudzinski said. Among other things, the timing didn’t quite match up between when operators pumped millions of gallons of fluids down under pressure and when the team might have expected to see seismic activity if the fluids had connected up with a fault.

However, the team couldn’t rule out a connection through a “flower structure,” where a fault from the older, deeper basement layer has gradually extended upwards and branched out into shallower layers. Prior research also shows that fracking fluids don’t necessarily stay in the layers where they’re injected.

How will the research affect the future of fracking?

“With the results from our study, we can better advise environmental regulators and natural gas companies about what to expect when attempting hydraulic fracturing,” Brudzinski said. That might lead to more earthquakes being linked to fracking activity, which might preclude further work at some sites.

But seismic events are rare relative to the number of wells drilled in Ohio. And companies drilling for shale gas in Ohio must already do extensive seismic monitoring. If a magnitude 1.0 event happens, “you’ve got to shut down, and you’ve got to figure out” what’s happening, said Mike Chadsey, public relations director for the Ohio Oil & Gas Association.