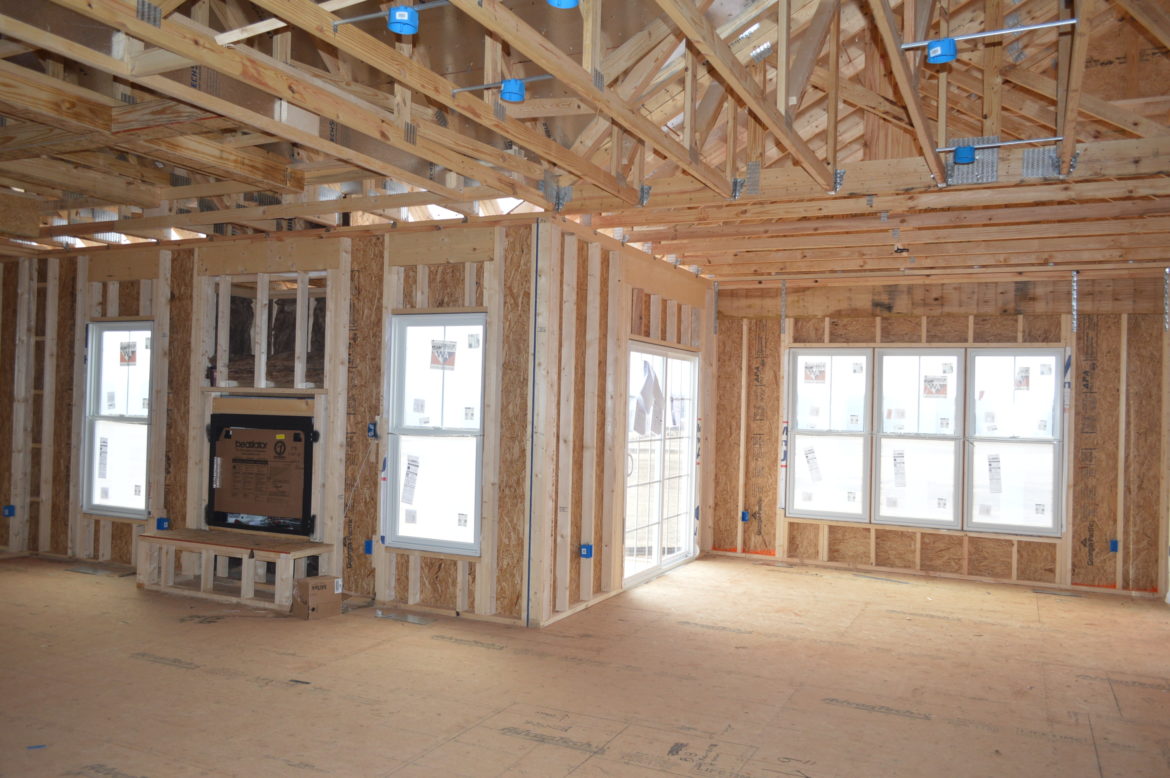 A proposed update to Virginia’s residential building code has been held up in administrative limbo despite a consensus from homebuilders and energy efficiency advocates.

What happened next has frustrated advocates who had hoped to celebrate the state’s first residential code update this year in almost half a decade.

Weeks after a citizen board forwarded the proposal to Gov. Ralph Northam’s office, the rules remain held up in administrative limbo, and it’s unclear why. The governor’s  office hasn’t published the proposed changes in the Virginia Register, which would start a necessary public comment period.

Meanwhile, state fire safety officials oppose the changes, though it’s unclear whether their position is a factor in the delay at the governor’s office. A spokesman for the governor would only say the rules are “under review.”

The residential building code, which sets minimum efficiency standards for heating, cooling and lighting in newly constructed homes, haven’t been updated in Virginia since 2014, when the state adopted a residential code comparable to a national model code. New homes in the state cost more to heat, cool, and light than similar homes in states with more recent codes.

The recommended changes were compiled by a citizen board empowered by state law to advise the state Department of Housing and Community Development. Governors and state agencies typically adopt citizen boards recommendations verbatim because of their consensus-building processes.

Among the changes would be new requirements to test indoor air quality, conduct mechanical tests of heating and cooling ducts, and use the government ResCheck system as a compliance option for efficiency ratings.

“We were able to get these things through on a compromise,” said Chelsea Harnish, executive director of the Virginia Energy Efficiency Council (VAEEC). “Since then, the regulation has been stalled. We’re very frustrated. New homes won’t reap the benefits of the efficiency gains we were able to achieve.”

Andrew Clark, vice president of the Virginia Home Builders Association, said it isn’t clear who or what is holding up publication of the rules, a required step before they can take effect. “We are fully supportive of the proposed changes and hopeful the governor’s office will publish the code change adopted by the board,” Clark said.

Fire safety officials said they intend to pursue their objections, but not until after the proposed rules are officially published for public review and comment. James “Robby” Dawson, who represented the Virginia Fire Services Board and the state’s Fire Prevention Association on the citizen board, said they oppose what he called a “comprehensive gutting of the fire prevention code, top-to-bottom, soup-to-nuts” by the citizen board’s process.

“If this code change goes through, it’s a tremendous problem for local fire officials,” Dawson said, because local jurisdictions are likely to update their own codes and not rely on the same statewide version. “It simply doesn’t make sense from an application standpoint.”

But he said those objections are not the reason for the delay at the governor’s office. “To say that the Fire Services Board is holding up the process is completely inaccurate.”

The fire safety concerns could be unrelated to energy efficiency changes, but it’s unclear whether the code can be adopted in part. State Fire Marshall Brian McGraw said he doesn’t think the regulatory process allows them to separate building and fire safety issues in the code adoption process.

Given how recommendations by citizen boards consistently become part of the state’s regulations, some stakeholders speculate somebody is working privately with the governor to block any update to the building code, at least for now. Other possible explanation is that the delay is related to the transition in state administrations, with Northam taking office last month.

Brian Coy, the governor’s press secretary, acknowledged the proposed changes “are in our office,” but he wouldn’t say how long before the governor authorizes publication in the Virginia Register.

“I can’t put a time on it at this point,” Coy said, adding: “It wouldn’t be accurate to say anyone’s holding them up. They’re under review here.”

If publication in the Virginia Register does not occur in time for them to become law by June 30, the proposals will remain just that. And another year will have lapsed in advocates’ efforts to bring the state closer to national standards.