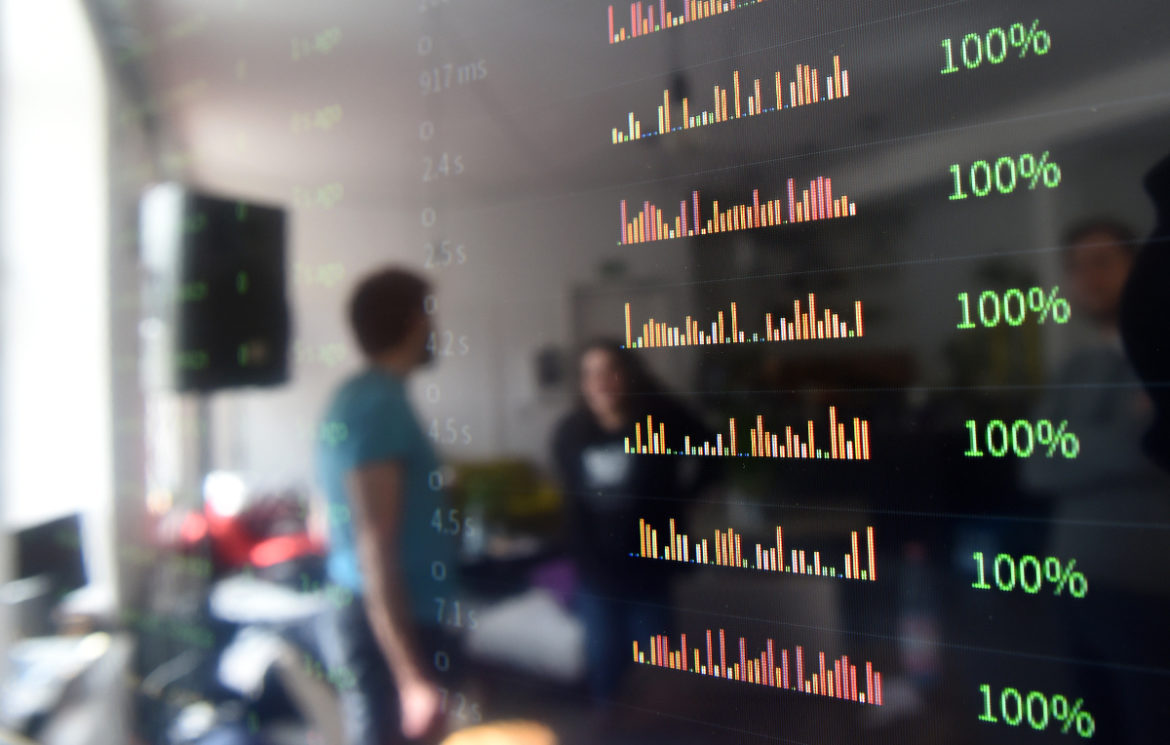 A presentation of Etherium, a blockchain-based platform, in Germany in 2015.

While sometimes dismissed as a solution in search of a problem, blockchain-based applications are being pursued by companies in the Northeast and Texas, among other places, as a possible way to streamline clean energy transactions.

Blockchain – the digital code that is used to create cryptocurrencies such as Bitcoin – could also play a role in advancing clean energy, according to a growing number of researchers and entrepreneurs.

A blockchain creates a secure digital ledger by recording and openly displaying every transaction, explains Jon Creyts, a managing director at the Rocky Mountain Institute. The technology has several attributes that could help both producers and consumers of renewable energy.

“One it is inherently secure. Secondly it can help fuse financial and physical markets in a way that’s extremely low cost, to lower the cost of transaction. Thirdly it has the ability to enable smart contracts to make any transactions around renewables seamless and fully automated. And those all make it very powerful for incorporating distributed forms of renewables (into the grid),” Creyts says.

“We’re talking here about HVAC systems and refrigeration. We’re talking about LED lighting, and other forms of energy consumption that can be digitized. A blockchain mechanism allows you to balance out the use of energy among those different resources to an optimal and low level so that the minimum amount of energy is required and so that the maximum amount of renewables and or batteries are used in the process,” he says.

Over the last year the Rocky Mountain Institute has been working with global energy suppliers to develop a public, open source blockchain for use in the electricity sector. The project, called the Energy Web Foundation, has raised more than $17 million from 27 partners, including Shell, Exelon, and Duke Energy.

Creyts says the potential for a more efficient grid is already attractive to large companies, but in a few years such blockchain apps could be built into a household inverter, solar panel systems, or an electric vehicle, so that individuals could buy and sell green energy through the grid.

The mission statement of Grid+, an Austin, Texas start-up, explains some of how that could happen:

“We write software that makes energy markets more efficient. We believe that distributed solar generation will one day soon be the most cost-effective means of electricity. Using blockchain technology, we enable individuals to buy and sell their electricity,” Grid+ says.

That potential, Creyts says, could help ease the transition from the existing power grid, which was designed decades ago to handle big, centralized power plants, to a newer, greener, and more flexible smart grid.

One power industry expert says blockchain might transform markets quickly. National Grid Ventures is an investor-owned utility that serves markets in Massachusetts, New York, Rhode Island and the UK. The company told Grid+ that its plan “to leverage blockchain across a broad spectrum of energy consumers — from the tech-savvy solar adopter to the classic set-and-forget energy user — seemingly offers potential to scale today. Perhaps the future will come quicker than we anticipate.”

But some people question blockchain’s potential. Brian Janous, Microsoft’s general manager for energy, said at a panel discussion on blockchain held last fall in Austin that he is “personally a little bit skeptical of the transformative nature of blockchain for energy.

“I feel like we’ve kind of reached peak blockchain for everything. In fact I’m working on a book – Blockchain for Parenting. I’m going to have the blockchain raise my children,” Janous said to audience chuckles. “From everything I’ve seen so far it can offer some marginal improvements in the energy space,” he added.

Grid+ has applied to the Public Utility Commission of Texas to be a Retail Energy Provider, and another project is already operating in New York. LO3 Energy launched a Brooklyn microgrid in 2016 that allows people who use their app to buy and sell energy within the community. In December 2017 LO3 announced that Germany energy giant Siemens had invested in the Brooklyn project, which has about 60 members.

Ralf Christian, Siemens, CEO for Energy Management, said in a statement that the investment “represents our acknowledgement of the future potential of blockchain technology as an enabler of local energy market places.” Siemens said it will support LO3 with its experience in grid management, data analytics, and integrating blockchain into state-of-the-art power grids.

Greentech Energy Research, a part of Wood MacKenzie consultants, is also holding a Blockchain in Energy Forum in New York City on March 8.

Kevin Begos is a former Associated Press correspondent and MIT Knight Science Journalism Fellow who writes about energy and the environment.