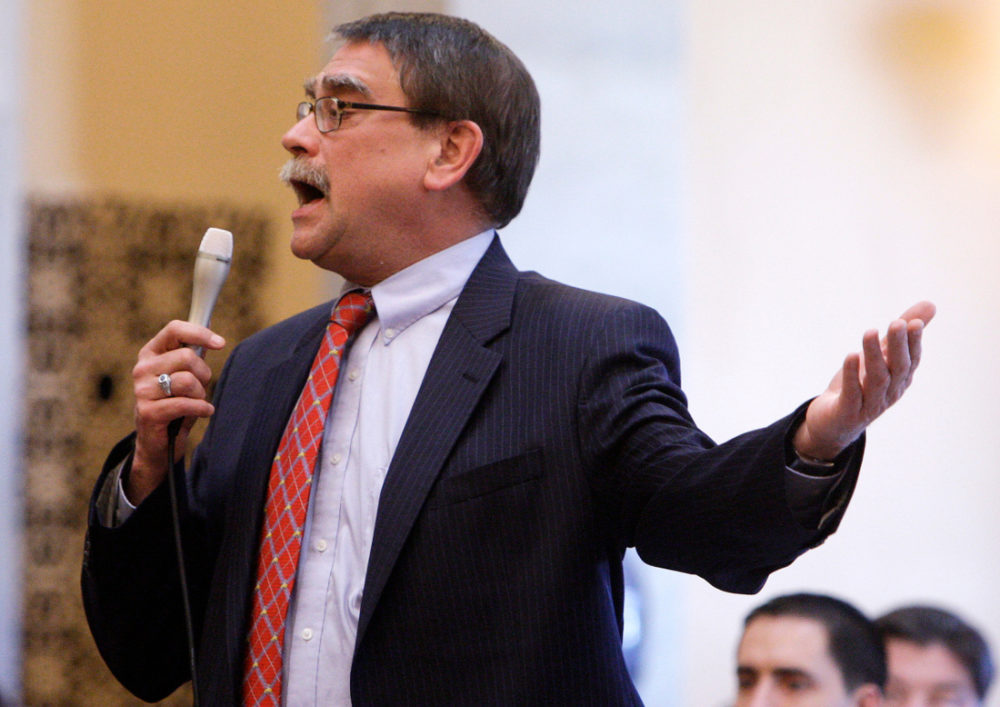 Ohio state Rep. Bill Seitz, seen in this 2011 photo, "has arguably done more to block the growth of clean energy jobs in Ohio than anyone else in the state" according to the Checks and Balances Project.

The Checks and Balances Project is scrutinizing Ohio Rep. Bill Seitz (R-Cincinnati), one of the state’s most outspoken opponents of commercial wind farms and enforceable clean energy standards. The group has chronicled the lawmaker’s actions and statements in a series of blog posts, and it’s filed a public records request to obtain his office’s communications on coal, wind and other energy issues.

Peterson: Because Rep. Seitz is a powerful politician who has arguably done more to block the growth of clean energy jobs in Ohio than anyone else in the state. He’s done that as a self-styled “free-market” conservative who has picked winners and losers in the state’s energy economy. We want to help Ohioans understand why. 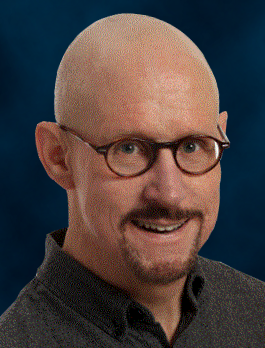 Scott Peterson is the executive director of the Checks and Balances Project.

We suspect there are powerful lobbyists at work. We’ve been asking questions of government officials, lobbyists and corporate managers who stand in the way of a clean economy since 2009. Bill Seitz’s actions are the latest in a long line of government officials who have drawn our attention and appear to be more closely aligned with entrenched, fossil fuel interests than the majority of his state’s citizens.

You’ve said Seitz has apparently switched from being a self-labeled capitalist to championing subsidies for utilities to provide coal-fired energy. What do you mean?

He’s repeatedly called himself “free-market,” but he wants Ohio ratepayers to write a welfare check to the coal industry, which has operated in Ohio since 1800. If wind and solar need to “stand on their own two feet,” then what about a 217-year old industry? Seitz is silent on that one.

Why is it important for the public to know about that?

Seitz is House Majority Floor Leader and an influential person in Ohio. The question that we believe needs to be asked is “Whose interests is he serving?” It doesn’t appear to be Ohio citizens. It doesn’t appear to be the large majority of Ohio conservatives that a recent poll commissioned by the Ohio Conservative Energy Forum showed want more renewable energy and greater energy efficiency.

How are pending bills to help coal and nuclear power in Ohio equivalent to “picking winners and losers”?

Rep. Seitz has pushed for ratepayers to pay more to the centuries-old coal industry, just because coal can’t compete anymore, while working to block the growth of the wind energy industry. It’s a pretty stark contrast.

You’ve noted Bill Seitz’s involvement in ALEC, the American Legislative Exchange Council. Why is that significant?

Seitz is not just involved in ALEC. He’s a member of the governing board. Dozens of utilities and energy companies provide funding for ALEC, including Koch Industries. It’s a very real possibility, which we are investigating, that Seitz’s allegiance to ALEC – and to the fossil fuel interests that fund it – outweigh his interest in helping Ohioans.

What do you most want the public to know about Bill Seitz’s opposition to wind power in Ohio?

Seitz has almost single-handedly blocked Ohio’s wind industry. In 2014, an anonymous last-minute insertion of language into a budget bill doubled the distance that a wind turbine must sit from any adjacent property. Seitz has repeatedly justified and defended that setback provision publicly. When he was an Ohio State Senator, he was the only lawmaker to speak in favor of the huge setback during less than ten minutes of discussion on the Ohio Senate floor.

Because of that unprecedented setback, the wind industry has virtually ended development in Ohio. Meanwhile, investment and job creation are ballooning in nearby states: three times more in Michigan ($3.1 billion) and Pennsylvania ($2.8 billion), four times more in Indiana ($4.1 billion), and eight times more in Illinois ($8.4 billion). We’d like to know if he’s been working with influential lobbyists for powerful interests opposed to wind energy. Ohioans deserve to know.

More generally, why is it important for the public to know who or what is behind a politician’s stance on energy or other political issues?

The public has a right to know what goes on behind closed doors when elected officials get together with lobbyists. These officials are supposed to represent the interests of citizens, not lobbyists for powerful industries.

Midwest Energy News also asked Seitz to comment on the Checks and Balances Project’s posts about him. Seitz replied by email:

“I have no clue about the Checks and Balances Project and have never talked to them. If they issued a records request, it will be handled by the House counsel. I suspect they are just another AstroTurf organization shilling for Big Wind; as the federal [Production Tax Credit] continues to decline, Big Wind is ever more insistent on changing turbine setback laws so as to clog more turbines in less space, nonparticipating landowners be damned. Their reporting is also false but I don’t have time to respond to every utterance from the blogosphere.”