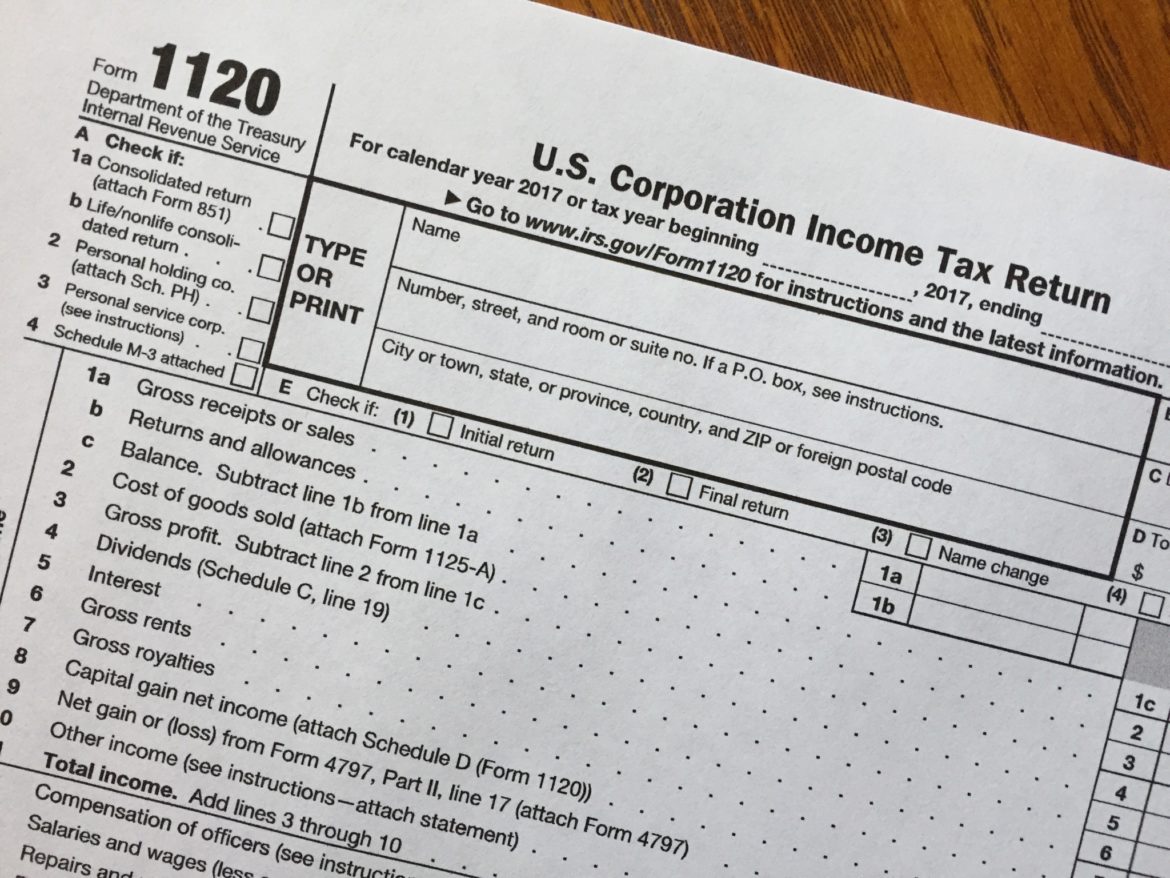 The full benefits of last year’s federal tax cuts haven’t trickled down to Ohio gas and electric bills, and if it’s up to the utilities it could be a while before that happens.

Ohio utility regulators, like those in virtually every state, are deliberating on what to do with millions in tax savings for utilities. Since January 1, companies have enjoyed a 21 percent corporate tax rate, down from a top bracket of 35 percent last year. Customer and environmental advocates want savings passed on to customers as soon as possible.

“It is patently unfair to Ohio consumers to permit utilities to keep collecting money for taxes that they no longer have to pay,” Ohio Environmental Council spokesman David Miller said. “The PUCO should order that this money be returned to the ratepayers, or this tax cut will simply become a windfall for Ohio’s utility shareholders.”

Ohio’s utilities, with a few limited exceptions, don’t want to pass the benefits along to customers until some uncertain date in the future. They say it isn’t as simple as critics say it is, and the way Ohio regulates utilities further complicates the situation.

Why do ratepayer advocates think customers are owed refunds now?

Without relief, utilities will collect excess funds at consumers’ expense, and rates will be “demonstrably unjust and unreasonable,” the Office of the Ohio Consumers’ Counsel said in its PUCO filing. Utilities also should not get to divert money from the new tax benefits to uses that have not been reviewed and approved by regulators, the brief added.

“The Commission clearly and indisputably has the authority to order… all utilities to pass their tax savings on to Ohio ratepayers,” attorney Kimberly Bojko said in comments filed on behalf of the Ohio Manufacturers’ Association Energy Group. Doing otherwise would violate Ohio’s requirement for just and reasonable rates, she argued. Utilities in Massachusetts, Maryland and Kentucky have already acted proactively to pass savings along to customers, she added.

Why do utilities want to wait?

Except for a couple of riders, Ohio’s utilities say their hands are tied outside of a full rate case. “We can’t raise or lower rates on our own,” American Electric Power spokesperson Scott Blake said. The company joined with FirstEnergy, Duke Energy and Dayton Power & Light to file joint comments to that effect with the PUCO.

FirstEnergy’s next rate case may not happen until 2024 or later. The same could be true for AEP if its pending rate case is approved based on a settlement negotiated when higher rates were in effect.

Utilities also say the tax changes are more complex than the shift to a flat 21 percent rate. “The reality is much different,” said Duke Energy spokesperson Lee Freedman. The tax law also eliminated a deduction for bonus depreciation, dropped a manufacturing tax deduction, revised the tax treatment of accumulated deferred income taxes and made other changes.

“Some of them could actually increase our federal tax liabilities,” Freedman said.

Various issues remain uncertain, but the law’s impacts on the whole should still be positive for utilities, according to some analysts.

So how does Ohio’s utility law complicate things?

Ohio utilities’ heavy reliance on electric security plans and riders complicates the debate. Unlike rate-setting in some other states with competitive generation markets, Ohio’s plan lets utilities add various charges that all customers must pay, even if they use a competitive electric supplier. Critics have said that helps insulate utilities and their affiliates from competition.

On the one hand, Freedman said the setup lets the company “take voluntary and expedited steps” to pass along tax benefits on certain riders.

But Ohio Consumers’ Counsel Bruce Weston said the system also lets utilities “favor themselves over consumers.” His office thinks customers should get all benefits from the federal corporate tax cuts passed along to consumers, “and sooner rather than later.” His office also favors passage of House Bill 247, which would eliminate electric security plans and expressly allow refunds to utility customers.

What’s at stake for customers?

“Time is of the essence,” Bojko said. The more time that passes, the less chance there is for customers to get money back. Here’s why:

In January, the PUCO told utilities to record a deferred liability on their books to reflect the estimated reduction in taxes. That kind of accounting shows temporary differences between what a company’s current assets are and its obligations to pay money in the future. That should make it easier to provide refunds or credits to customers once the PUCO reviews comments on the issue and makes its ruling. However, if utilities can keep collecting extra amounts, they might later claim that any order for refunds or credits would be “retroactive rulemaking.”

The Ohio Supreme Court recently used that concept in a January 24 decision that let FirstEnergy keep approximately $43 million after the PUCO ruled that the company had charged customers too much for renewable energy credits.

Are there other options?

If regulators don’t order a refund of all tax savings, they might require some money to go to projects that produce savings and other public benefits, “such as modernizing the utilities’ grids to allow for better incorporation of clean energy resources,” suggested a joint brief filed by the Environmental Defense Fund, Ohio Environmental Council, Natural Resources Defense Council, Sierra Club and the Environmental Law & Policy Center.

The PUCO might also tell utilities to use tax benefits to lower certain costs and carrying charges, which would also produce savings, suggested attorney Sam Randazzo, whose firm filed comments on behalf of Industrial Energy Users – Ohio. Carrying charges include things like interest on borrowed funds and some charges for insurance or storage fees for physical property.

Duke and FirstEnergy will adjust a couple of riders as of April 1 and March 1, respectively. Freedman says the $20 million cut in revenues for his company “represent[s] the vast majority of the total impact from changes in the Tax Act.”

FirstEnergy’s changes to two bill provisions should save the average residential customer about $10 per year, starting on March 1, spokesperson Doug Colafella said. Some other charges “eligible for adjustment” will also be revised, he said.

That still leaves the first few months’ worth of tax benefits for those charges with the utilities. And it doesn’t deal with any remaining tax benefits that critics want passed along to consumers.

Reply briefs are due to the PUCO by March 7, and the regulators plan to address a motion in the matter at their March 8 meeting.