Photo By
Clean Energy Group via Department of Energy 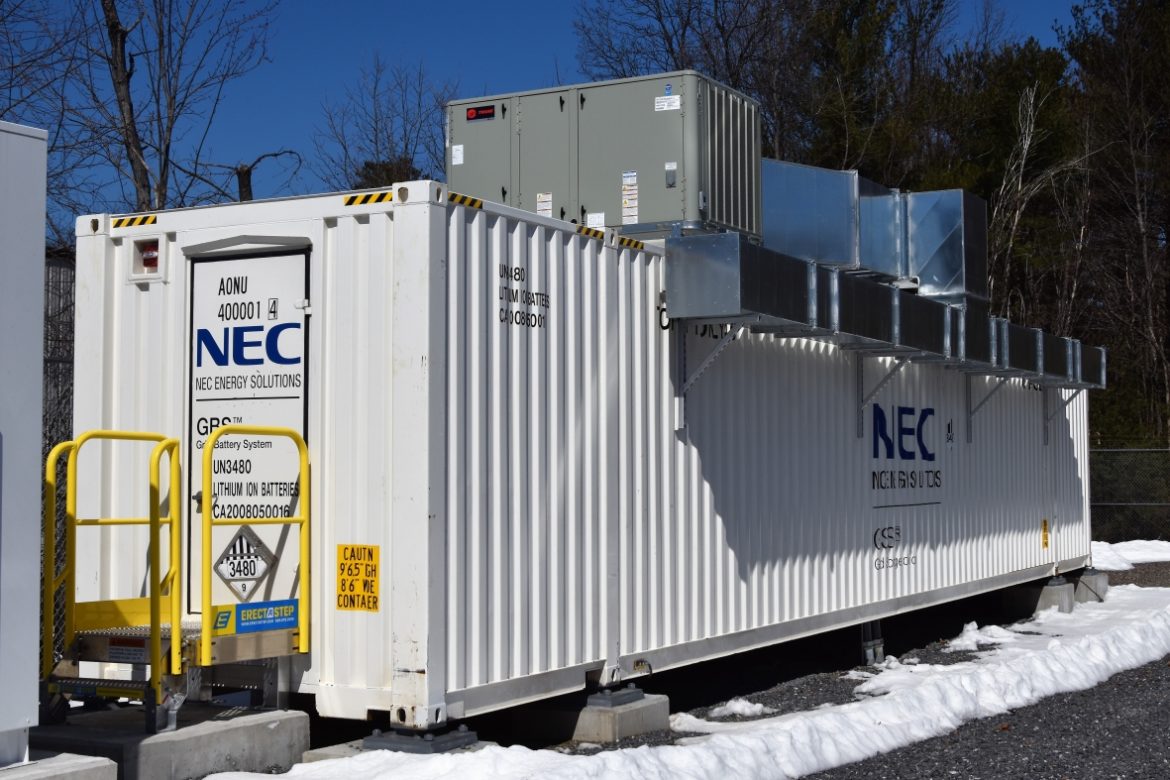 While California and other solar-heavy states are leading on energy storage targets, experts say New York, New Jersey, Massachusetts and Maryland could quickly close the gap, with political support.

“Legislators in those states are putting everybody on notice that ‘We’re going there,’” said Mike Jacobs, a Cambridge, Mass.-based senior managing analyst with the Union of Concerned Scientists. “It might not be as lucrative as you want or as scary as you feared, but we’re going there.”

And they can “go there” because prices on storage systems have dropped as batteries and other technologies have flourished.

However, “without public policy prodding, really significant adoptions of energy storage are going to take a long time because of inherent inertia in the utility world,” Jacobs continued.

Judy Chang, a Massachusetts-based principal with the Brattle Group, agrees. In fact, she said, the Northeast could “out-megawatt” the sunnier west on energy storage if wholesale electricity marketers step up and if states unlock the benefits for customers as well as transmission and distribution providers.

Chang is one of four authors of a report predicting that FERC’s Order 841 is setting the course for 50,000 MW of storage nationwide.

With California forecasting 10,000 MW of storage longer-term, 50,000 MW across the country “is not that far of a reach,” she said.

While the fates of ambitious energy storage targets in New Jersey and Massachusetts are in flux, plans in both Maryland and New York are progressing.

For instance, Maryland has become the first state to offer tax credits to commercial and residential customers who design projects that can store electrical energy. This year, the Maryland Energy Administration is offering up to $750,000 in credits.

Both measures approved by the PSC align with Gov. Andrew Cuomo’s goal of achieving at least 1.5 GW of storage by 2025. They also garnered backing from advocacy organizations such as Vote Solar and the Solar Energy Industries Association (SEIA).

The falling cost of solar—a 70 percent decrease in the last half-dozen or so years—combined with sound state policies have driven deployment and made installations and operations more valuable, Gallagher explained.

“Energy storage is in a similar position to where solar was six or seven years ago,” he continued. “Prices are dropping. Now is the time for states to help get it out in the marketplace.”

Gallagher says solar power and energy storage are  “like peanut butter and chocolate. They’re great on their own and terrific together because they create market opportunities for one another.”

In Massachusetts, senators are attempting to add prodigious amounts of both foodstuffs to the state’s diet by accelerating a transition to renewable power and bumping energy storage up to 1,766 MW by 2025. The far-reaching proposal, which builds on the Global Warming Solutions Act of 2008, is in limbo because of a wary House and Republican Gov. Charlie Baker.

Disappointment with energy storage goals laid out by the Baker administration prompted senators to try to “out-California California,” Jacobs said.

From ‘exotic’ to mainstream

Jacobs has witnessed energy storage evolve from the “couple of science projects” it was 20 years ago to the mainstream entity it is becoming today.

As part of a private wind company about a decade ago, he joined a small team that deployed a U.S. Department of Energy loan to demonstrate how energy storage could stabilize a series of separate grids on the Hawaiian Islands.

That success with storage in an “exotic” setting helped to bolster confidence in batteries, Jacobs said.

In tandem, DOE backed research that revealed to wholesalers such as PJM Interconnection, California ISO and ISO New England how rapidly batteries and other storage technologies—flywheels, pumped water systems and electric vehicle chargers—could be tweaked to respond to the grid’s ever-changing supply and demand for electrons.

Pennsylvania-based PJM was particularly aggressive. By 2012, the grid operator in 13 states and Washington, D.C., was showcasing a 1 MW battery energy storage demonstration at its headquarters. That proved to be a breakthrough.

Indeed, PJM and California ISO are responsible for roughly two-thirds of utility-scale battery storage power capacity installed in 2016, according to data compiled by the Energy Information Administration.

“The drivers for investing in storage in these regions are different,” she said, adding that aggressive renewable portfolio standards accelerate momentum in the west.

In New England, she added, storage is a draw for high system reliability and for backup power capability to cover shorter outages during winter storms, when natural gas is in short supply.

“Storage begins as a risky and expensive project,” Jacobs said. “But once things mature in the electric power world, industry tries to standardize them and turn things into commodities.”

Storage “could snowball just like solar has snowballed,” Chang said. “But much of that will depend on where the rest of the world is going.”